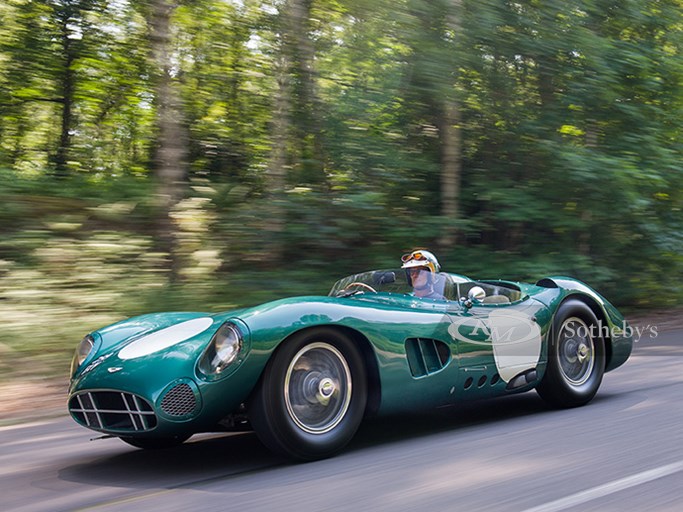 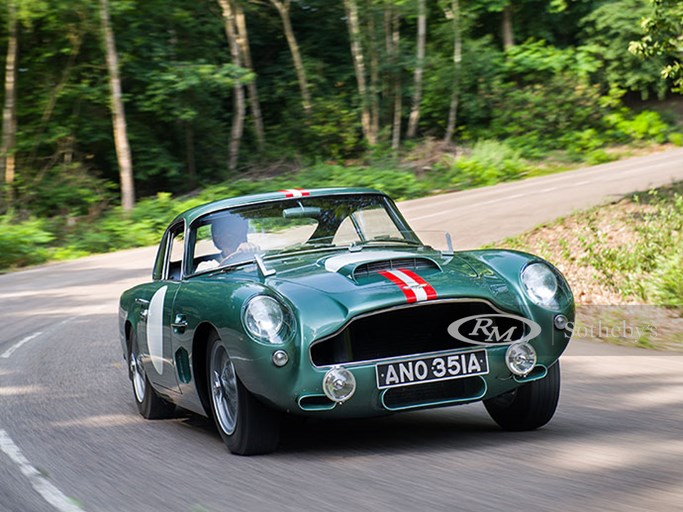 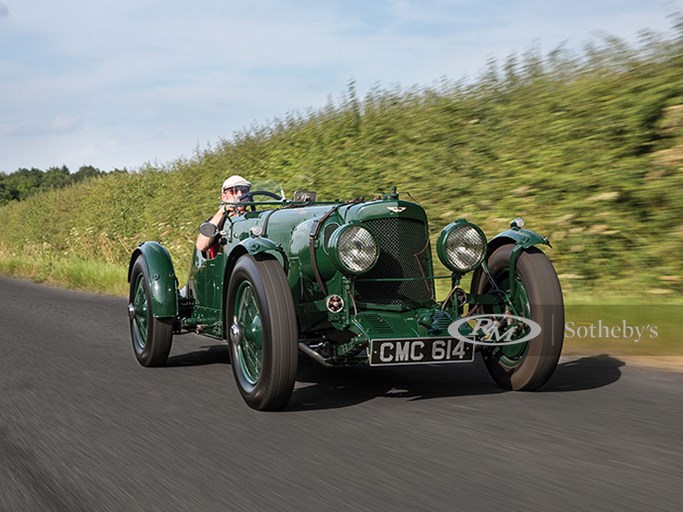 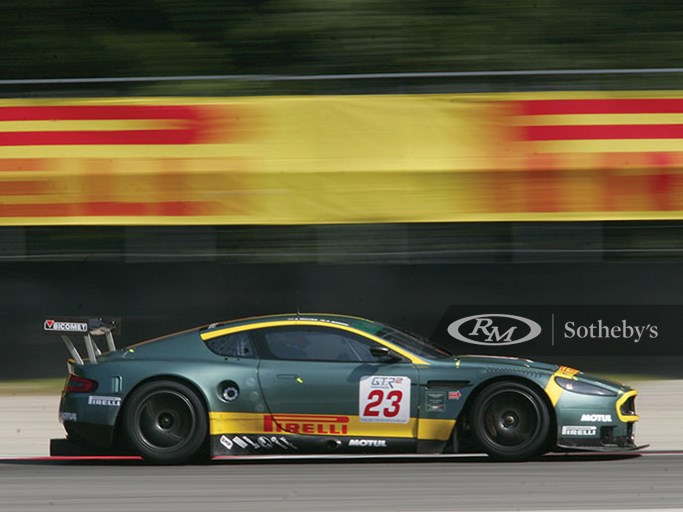 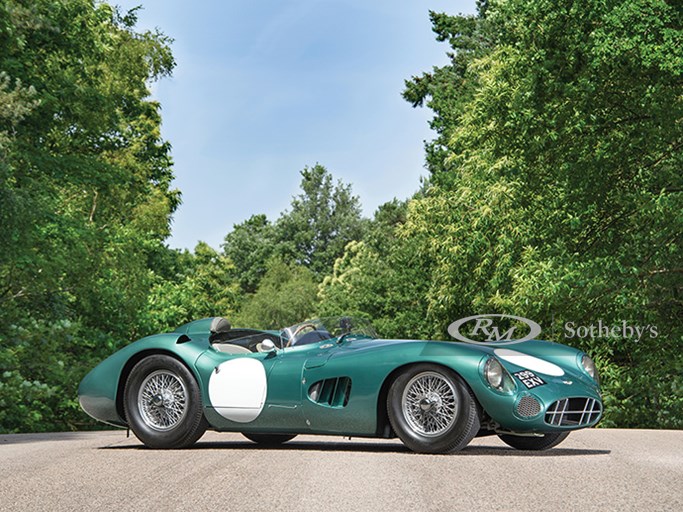 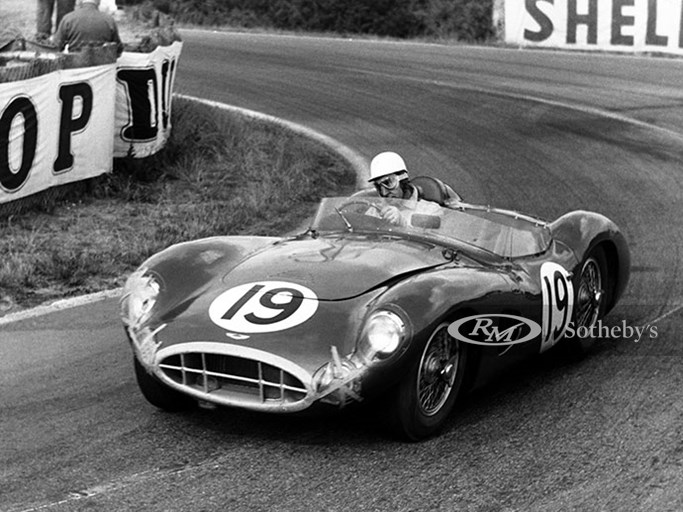 LONDON (23 June, 2017) – RM Sotheby’s is thrilled to announce that it will bring a once-in-a-lifetime group of Aston Martins to its flagship Monterey sale, 18 -19 August during the Pebble Beach Concours d’Elegance motoring week. The group is led by arguably the most important Aston Martin ever produced, the 1956 Aston Martin DBR1, chassis no. 1 (DBR1/1).

The British marque’s legendary equivalent to the Ferrari 250 GTO and the Mercedes-Benz 300 SLR, the DBR1 was the result of David Brown’s dream to win Le Mans, a victory achieved by DBR1/1’s sister car in 1959. The first of just five examples built by the factory between 1956 and 1958, DBR1/1 was a purpose-built competition car developed by racing design chief, Ted Cutting. The DBR1 boasted a lighter, faster 3.0-litre engine than its DB3S predecessor, set into a small tube spaceframe chassis with an all-new rear end. The gearbox was replaced by the new semi-dry sump, five-speed transaxle, and the new racer was equipped with cast-iron Girling disc brakes with groundbreaking light alloy calipers.

DBR1/1 debuted at the 1956 24 Hours of Le Mans at the hands of Tony Brooks and Reg Parnell, retiring after more than 22 hours with engine bearing failure. The car’s impressive list of Works entries that followed saw the who’s who of endurance racing behind its wheel, including greats such as Carroll Shelby, Roy Salvadori, Stirling Moss, and Jack Brabham. Entries included two more runs at Le Mans in 1957 and 1958, the 12 Hours of Sebring in 1958 and 1959, as well as three entries at the Nürburgring 1000 KM, in 1957, 1958 and 1959, the latter of which saw an overall victory with Sir Stirling Moss and Jack Fairman at the helm. This marked the third consecutive win for Aston Martin and the DBR1. The win at Nürburgring also played a major role in securing Aston Martin the 1959 World Sportscar Championship victory—the first time a British manufacturer had done so.

Nürburgring would mark DBR1/1’s final appearance as a Works entrant, but it would return under privateer Essex Racing Stable in both 1961 and 1962. The Aston was then sold to the Honourable John Dawnay, future Viscount Downe and Aston Martin Owner’s Club president, under whose ownership it saw considerable historic racing success in the early 1980s, piloted by veteran Mike Salmon. The car passed through another major collection, during which time it was awarded the Most Elegant Sports Car Trophy at the 2001 Pebble Beach Concours d’Elegance, before landing with its current owner.

Immaculately presented down to every last detail, and the most correct of all five examples built, DBR1/1 is offered with its final Works fitted engine, and is currently equipped with a bespoke, completely correct reproduction engine manufactured by Aston Martin specialist Richard Stewart Williams. Following recent competition at Goodwood Revival at the hands of Brian Redman, DBR1/1 comes to RM Sotheby’s Monterey sale as the first DBR1 ever offered at public auction. With the potential to break the current record for the most valuable British car ever sold, DBR1/1 is expected to fetch in excess of $20,000,000 when it crosses the Monterey podium this August.

“This is the most significant group of Astons to ever come to auction,” says Barney Ruprecht, Car Specialist, RM Sotheby’s. “It is a true privilege to be entrusted with the sale of all four remarkable cars. From the Ulster—the pinnacle of pre-war competition—to the founding member of the DB4GT family, the ultimate Aston in the DBR1, all the way through to modern times with the DBR9, the group represents the complete lineage of Aston Martin competition history.”

Led by DBR1/1, RM Sotheby’s 2017 Monterey sale features another superlative group of 100 of the world’s finest and most sought-after automobiles, offered amongst a week of thrilling automotive activities. For further information on RM’s Monterey sale, along with an updated list of entries, please visit www.rmsothebys.com. To discuss limited consignment opportunities with an RM Sotheby’s specialist, please call +1 519 352 4575.