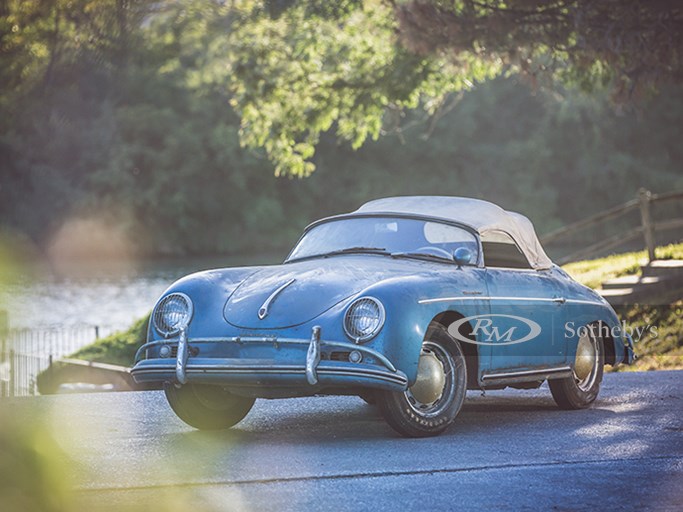 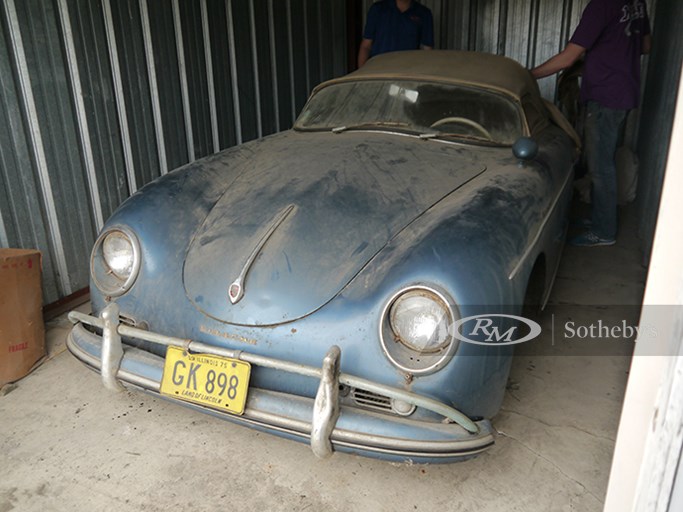 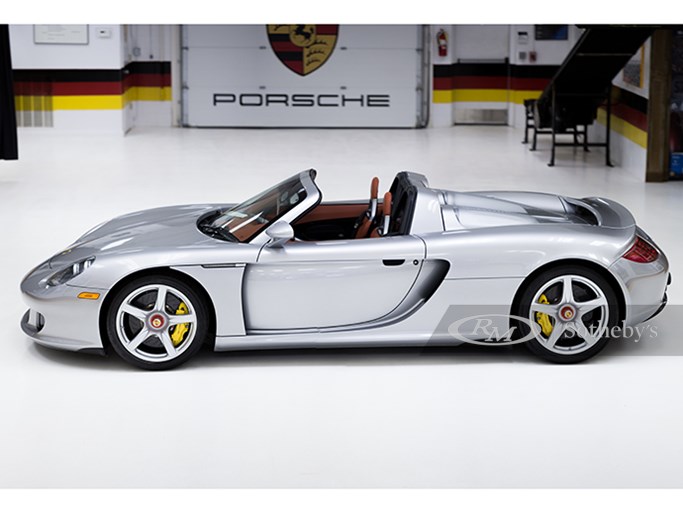 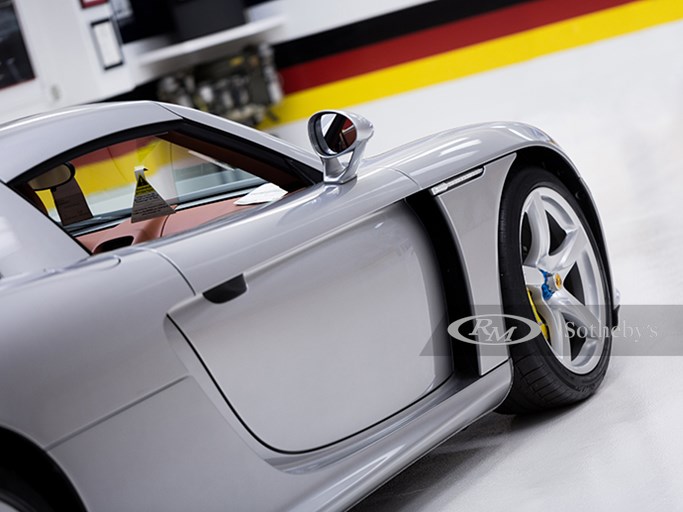 Standout attractions for this year’s sale include a pair of Porsches from two very different eras: a fascinating ‘barnfind’ Porsche 356A 1600 Speedster, recently uncovered after 40+ years in storage, along with one of the lowest mileage Carrera GTs on the planet.

“We’re thrilled to be returning to South Carolina and to be working with the team at the Hilton Head Island Motoring Festival once again,” comments Donnie Gould, President, Auctions America. “The Motoring Festival is definitely making its mark on the global collector car calendar, and we’re proud to be part of the fun. To complement the event, we’re taking our roster of cars to the next level; many haven’t been offered publicly for some time, setting the scene for a truly exciting sale.”

A Chicago ‘Barnfind’ Porsche 356
One of the most fascinating cars in the sale lineup is a highly original 1957 Porsche 356A 1600 Speedster, which recently surfaced from a Chicago-area garage, over 40 years after it was first parked. Stunning in Aquamarine Blue Metallic with a Beige Leatherette interior, the featured Porsche was completed in March 1957 with optional USA bumpers, sealed beam headlights and Coupe seats. It was purchased by its first owner, Mr. John Casper that June, remaining in his ownership for the following 59 years. While in his care, it is reported that Mr. Casper actively used and enjoyed the Porsche, and was often sighted driving it to various Porsche Club of America events – that is, up until 1975 when, no longer able to drive, he parked it in a secure private garage. Sadly, Mr. Casper passed away some five years ago, with the Speedster remaining tucked away in the very same garage until it passed onto his lifelong friend earlier this summer. Emerging from storage just this month, the well-preserved Speedster comes to auction accompanied by its original owner’s manual, spare tire and jack (Est. $200,000 - $250,000).

“This timewarp Porsche 356 is a true gem,” says Donnie Gould, President, Auctions America. “As more Porsche Speedsters are found and restored, it is becoming nearly impossible to find such an original car, let alone one that comes from almost six decades in single-ownership. With collectors still drawn to highly original, unmolested cars, we expect it will attract plenty of interest when it crosses the podium in November.”

The 24-mile Carrera GT
Representing a whole different era of Porsche design comes the groundbreaking Carrera GT. A car that needs little introduction, the Carrera GT was Porsche’s ultimate supercar. A racecar for the street, thanks to its 5.7 liter V-10 powerplant combined with various racing technologies, it effortlessly melds incredible performance with sleek design and comfort; it propels 0-60 in less than four seconds, with a blistering top speed of 200mph. In total, just 1,270 examples were built, with 604 finding their new homes in North America. The example on offer is one of those. Delivered new to Ohio, it has remained in single-ownership and, significantly, is believed to be the lowest mileage, privately owned Carrera GT on the planet, showing a mere 24 delivery miles on its odometer (Est. $850,000 - $950,000).

“There’s been a definite rise in demand for modern supercars over the past 18 months, with limited, low-production examples particularly sought after by collectors. When it comes to these cars, low mileage, single-ownership and great maintenance history are crucial. This example checks all those boxes—a virtually new car, it is by far the lowest mileage example to come to public auction in recent history.”

Auctions America will also participate in this year’s Hilton Head Island Motoring Festival & Concours d’Elegance via sponsorship of the event’s ‘A Bluffton State of Mind’ driving tour on November 4, which will commence with an exclusive breakfast preview of the auction vehicles. The festival program also includes the Sports Car Market Insider’s Seminar on Saturday, November 5 at 9:30 a.m. ET, which will bring together Miles Collier of Collier Collection at the Revs Institute, Mark Hyman of Hyman Ltd. Classic Cars, Stephen Serio of Aston Martin of New England and Gord Duff of Auctions America/RM Sotheby’s to discuss the current state of the market. Among other exciting events are the Flights & Fancy Aeroport Gala and Expo and Autoweek’s Under the Design Stars event, both of which will act as a prelude to the Concours d’Elegance on Sunday, November 6.

“We are delighted to again partner with the collector car experts at Auctions America and offer guests a tempting catalog of automotive investment choices,” says Carolyn Vanagel, president of the HHIMF. “Coupled with our first-ever Sports Car Market Insider’s seminar, both novice and seasoned collectors will find a wealth of insights and opportunities during this year’s event.”

Further information on Auctions America’s sale during the Hilton Head Island Motoring Festival, including a frequently updated list of entries, is available at www.auctionsamerica.com or by calling toll free 800.980.7635 (or +1 954 566 2209 outside of North America).

For more information on the Hilton Head Island Motoring Festival & Concours d’Elegance, including all ticket options and packages, visit the official website at www.HHIMotoringFestival.com.