In 1981, the only vehicle that could be found at the intersection of the exotic supercar and the off-road vehicle was Lamborghini’s LM002. It was just as brutish as it was luxurious, and the LM002 found use with a variety of customers, ranging from militaries to Sheiks, as it could be stripped out for professional use or specified with all the luxuries with which Lamborghini’s usual customers were accustomed. Lovingly nicknamed the “Rambo Lambo” for its sheer presence and character, the LM002 was graced with four-wheel drive, seating for four, and more than enough room for luggage, resulting in a vehicle that could go anywhere and make zero compromises.

The LM002’s interior is instantly familiar to anyone who has spent time in a Countach, aside from the obvious addition of rear seats. Wood and leather is abundant, and even though the V-12 sits in front of the driver rather than behind, the exhaust note is still unmistakable, as its engine was sourced from none other than the Countach. Feeding that thirsty V-12 engine was a massive 76-gallon fuel tank, which helped accommodate its 8-mpg fuel consumption. Its performance was extraordinary, as it could complete a 0–60 mph run in just 7.7 seconds, which was incredible considering the LM002’s curb weight was 5,720 pounds!

The LM002 offered here, according to information received from the Lamborghini factory, is an original U.S.-delivery model, completed on March 17, 1988, and delivered on March 29, 1988, through Chrysler Italian Imports of New Jersey. Interestingly enough, it was one of five LM002s that arrived in the United States that same day! Importantly, it was originally built as and remains a desirable carbureted model, and it is still finished in its original color combination of White (LMB 902) over black leather interior.

The present owner notes that a full service has recently been completed, including the installation of a new clutch master cylinder and slave cylinder, extensive detailing, and the installation of correct (and highly difficult to source) Pirelli Scorpion tires. Its original set of tires will accompany the car, along with a list of its recent service work. Its odometer displayed 52,000 kilometers at the time of cataloguing, or about 32,000 miles, from new.

For exclusivity, power, and luxury in an all-terrain vehicle, it is still difficult to beat a Rambo Lambo! 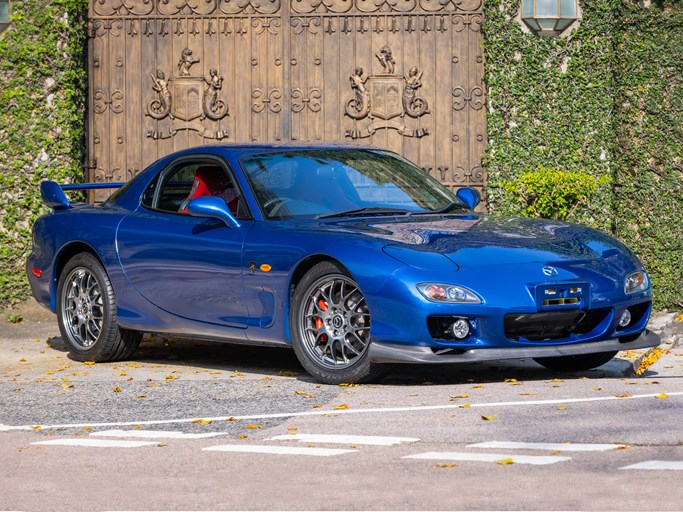