It is hard now to imagine the mechanical world into which the 380/500/540 K Mercedes-Benz roadster landed, except perhaps to point out that the majority of European cars could manage two-thirds of its 106-mph top speed at best (and at about 10 percent of the cost, admittedly) and only one percent of its style.

The 540 K’s story really starts in 1932, with the 3.8-litre Mercedes-Benz 380, which already had the look and the supercharger. However, it was handicapped by all-up weight of 5,000 lbs. and a meager 120 bhp. This was addressed at the 1933 Berlin Motor Show when the 500 K (Kompressor means supercharger in German, hence the “K”) was launched, the eight-cylinder motor having been enlarged to five litres and delivering 160 bhp.

Instrumental in development was Dr Hans Nibel, who was the chief engineer for Benz before the merger with Daimler and who succeeded Ferdinand Porsche on his departure in January 1929. Nibel had cut his teeth on the enormous Blitzen Benz racers before WWI, and he and Hans Wagner cooperated on the independent suspension of the new 380. His last contribution would be the supercharged 500 K engine, as he died of a stroke soon after in 1934.

Nibel also strove to establish the Mercedes-Benz in-house coachworks, which would become known simply as ‘Sindelfingen’, for the town in Germany.

The 380/500 K/540 K employed a massive chassis with huge side-members. Front suspension was by unequal length wishbones with coil springs, whilst the rear involved swing axles and double coil springs on each side. The engine was cast as a monobloc, with head and block together, and the four-speed transmission was semi-automatic, with pre-select between 3rd and 4th gear. The supercharger was engaged when the accelerator was pressed to the floor, producing an extra 65 bhp and a most satisfying howl.

However, the 500 K made its mark in competition early on in the 1934 Deutschland Fahrt (Tour of Germany). Covering 1,364 miles through Germany, the factory 500 Ks and private entries dominated the field of 190 cars.

Whilst small numbers were bodied by custom coach builders like Saoutchik in Paris, Erdmann & Rossi in Berlin and even Carlton in England, the definitive style was set by Hermann Ahrens at the company’s subsidiary coachworks at Sindelfingen.

This car represents an important transition in the evolution of the supercharged eight-cylinder cars that came out of the Stuttgart factory. From the 380 to 540 K, Mercedes-Benz practiced what may be referred to as “running changes” – when a viable engineering development came along, it was incorporated into the next car built.

It represents one of the earliest road going uses of the new 5.4-litre motor. According to information provided by Mercedes-Benz Classic Germany, the car belongs to Series 29 08, in which the first 5.4-litre motors were utilised. The coachwork, meanwhile, is of series 820600, for which ten bodies were built, five with five-litre motors and another five with 5.4-litre motors. Chassis 130945 is therefore a very transitional model with a sleek, low-beltline body and the newly introduced 540 K motor.

Consequently, the evolution of the name 540 K Sport Cabriolet came into being, separating them from the other cars labelled Cabriolet A. It is one of the earliest 540 Ks and one of six “in transition” Cabriolet models. As a result, it has the horizontal hood louvers of the 540 K but both spares are on the boot, instead of one being recessed like the 1937 540 K Spezial Roadster. It also has an exceptionally low windshield and the long open wings typically seen on the Spezial Roadsters.

S/n 130945 was delivered on 18 October 1936 to Maria Leyder of Stuttgart. After World War II, the car eventually made its way to the United States and into the ownership of Don Rounds of Cedar Rapids, Iowa. In 1970, Rounds sold the car to Lowel Ledford, who kept the car for 15 years, performing its first restoration prior to its acquisition by noted collector and dealer Don Williams in 1985.

Subsequent owners have included such prominent figures as Japanese collector Nachiro Ishikawa, who kept the car in California, where he had some fettling done by noted Mercedes-Benz specialist Scott Grundfor. He subsequently ran it twice in the Monte Carlo Historic Rally, covering 2,000 miles with first place finishes in 1991 and 1994. Shortly thereafter, he sold the 540 K to noted Mercedes-Benz expert and MBCA member Thomas Taffet, along with the Mercedes-Benz 300 SLS Prototype Roadster. In fact, during the same period, the car was featured in a seven-page spread in The Star magazine for an article written by author and automobile authority Dennis Adler. Furthermore, the car is prominently featured in the second edition of Jan Melin’s definitive book on these cars (page 219).

In 1994, Taffet commissioned a sympathetic restoration and had the car repainted and reupholstered, changing its colour from red to black with a black leather interior–a stunning combination. A full mechanical rebuild was performed, including the original Rootes-type supercharger. Chassis, suspension, steering and braking systems were restored as well. The result earned a class-win at the Pebble Beach Concours d'Elegance in 1996.

The interior was done in black leather with contrasting red piping. The centre dash is mother-of-pearl with ivory gauge faces and switches surrounded by polished wood–certainly one of its most attractive features.

Given these restorations, the Mercedes-Benz has won numerous awards in serious concours competition. It was first shown in 1996 at the Forest Grove, Oregon Concours, where it took “Best of Show”, prior to being judged at Pebble Beach with 100 points that same year. Thereafter, the car was on display at the Mercedes-Benz Classic Center in Irvine, California. Earlier this year, and following its most recent restoration, it was presented at Donald Trump’s concours event at Mar-a-Lago in Palm Beach, Florida. Presented along with some of the world’s greatest cars, it was honoured with a trophy for the Most Elegant Car.

In 2011, the car was personally inspected by two veteran experts from the Mercedes-Benz Classic Centre in Germany, with extremely positive results. In their expert opinion, the car retains its important original components, namely the correct engine (number 150945), which is original to the chassis. The transmission is conclusively original to this car as well. Furthermore, the body’s originality was confirmed by multiple discoveries of the correct number 820609 in both wooden and metal locations. As for the ancillary items, including the supercharger, steering box and rear axle, these were also of the correct type and series.

This Sport Cabriolet A is an excellent example of one of the most significant Mercedes-Benz automobiles ever built, and its configuration is extremely rare. The exceptionally low windshield and setback radiator give the body a very sporting look whilst the twin rear spares lend the design a European flair, particularly when compared to the more conventional Cabriolet A body configuration with its higher beltline.

This important car is a contender for inclusion in any serious collection of pre-war European classics, where its style and universal appeal will be appreciated as much as its mechanical specifications, startling acceleration and exceptional handling. 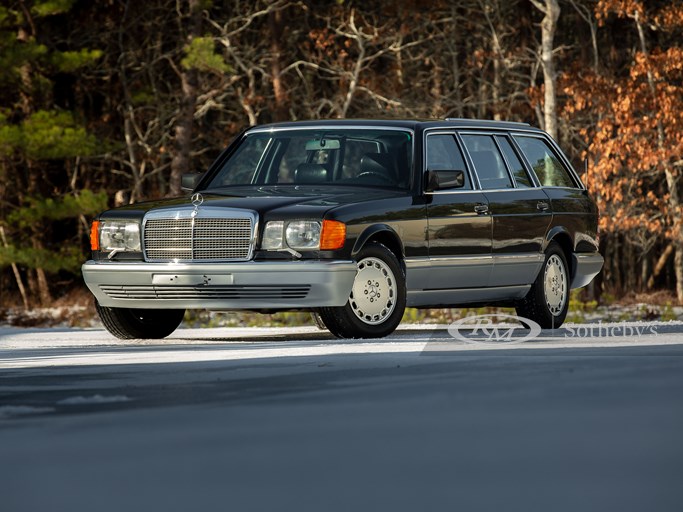 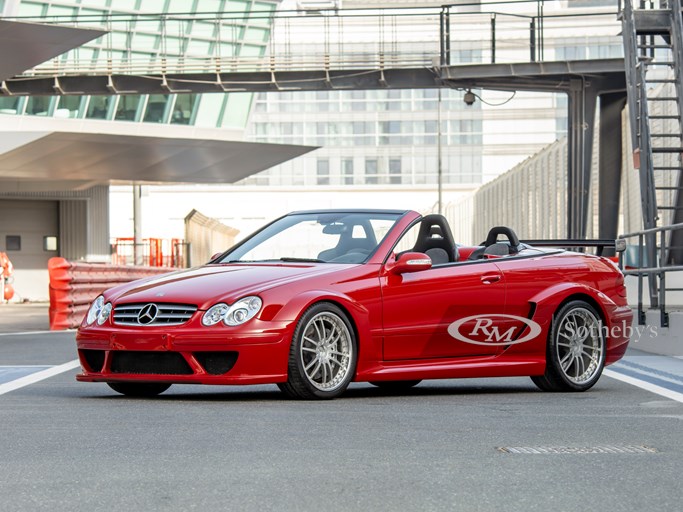 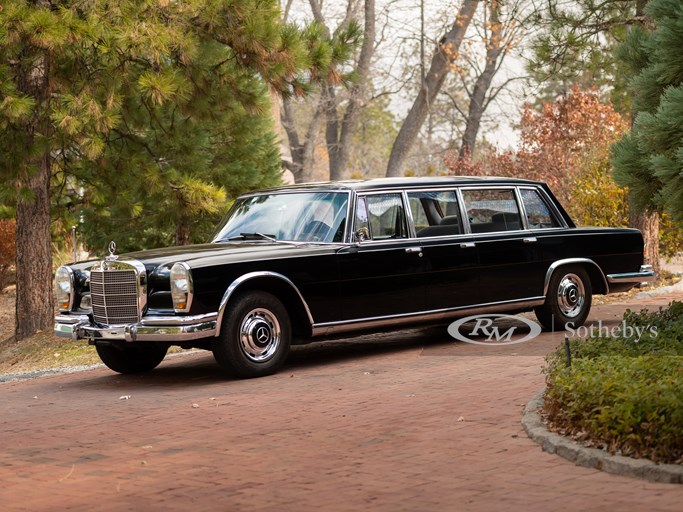 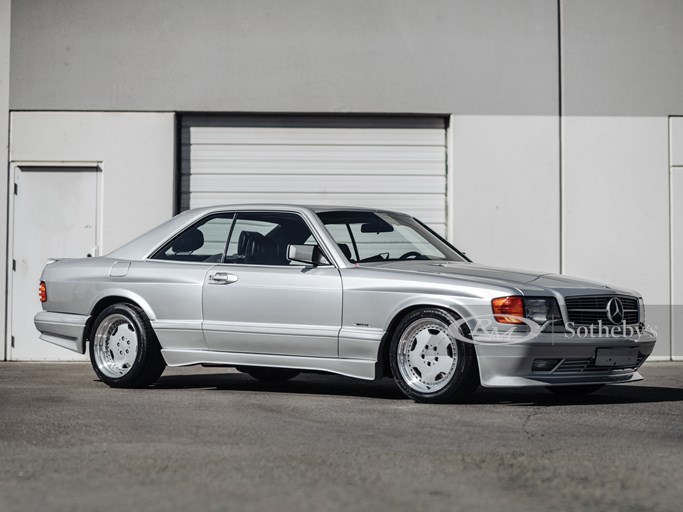