- Offered from a prominent private collection

- Single ownership for about four decades

From the turn of the century through the thirties, automobile technology was advancing at a lightning pace, and Colonel Jesse Vincent certainly played a role in that advancement. By the end of production of the original Twin Six Packard, Vincent’s engine displaced 424.1 cubic inches and developed 90 horsepower. With the introduction of the new Twin Six a decade later, displacement rose a modest five percent for a total of 445.5 inches and now put out 160 horsepower! Development of the new Twin Six, renamed the Twelve in 1933, continued, and in 1935 a heartier variation was introduced, aided by aluminum heads and an increase in stroke. Now the Twelve displaced 473.3 cubic inches and put out 175 horsepower, more than enough to propel the heaviest coachwork with a full load of passengers to astonishing speeds.

The Twelve Coupe Roadster offered here is of model year 1935 and was built with the larger 175 horsepower engine. It is one of the earlier examples built; according to the Vehicle Number on the firewall plate, this is the 111th of 3,587 Twelves built in 1935 and the 38th of only 51 Coupe Roadsters built. It is equipped with a trunk rack, wire wheels, dual open side-mounted spare tires with mirrors, Trippe lights, radio, Cormorant hood ornament and aftermarket turn signals to aid modern-day touring.

Chassis 903-111 was sold new on March 22, 1935 at the W.H. Collins, Inc. Packard dealership in Hollywood, located within a block of the famous intersection of Hollywood and Vine. Its collector history picks up around 1970 when the Packard was acquired by a prominent California collector and restorer who held it for the next four decades. He embarked on a high quality restoration around 1990, finishing it in the lovely two-tone Green color scheme in which it is presented, and won a National First Place badge from the Classic Car Club of America, which is verifiable by calling the CCCA headquarters and providing the badge number. A touring enthusiast, the owner equipped it with an electric fuel pump to aid starting after a period of storage, a battery cut-off switch and two six-volt batteries connected with a solenoid which allows for starting on twelve-volts and operation on six-volts.

Since the restoration was completed approximately two decades ago, 903-111 has been well looked after, passing from the California owner’s estate to an owner in the northwestern part of the country who has owned many examples of the fabled marque over the years and who testifies to the soundness of the restoration. For the last few years it has resided with a well-known collector of fine classics who has fully enjoyed it as a reliable weekend cruiser.

Today, this lovely Packard displays very well with excellent paint exhibiting only light wear around the panel edges. The driver’s seat is comfortably worn while the rumble seat upholstery appears unused, and the top is virtually brand new. Above all, it is a very tight example that its new owner will be proud to show off or drive. 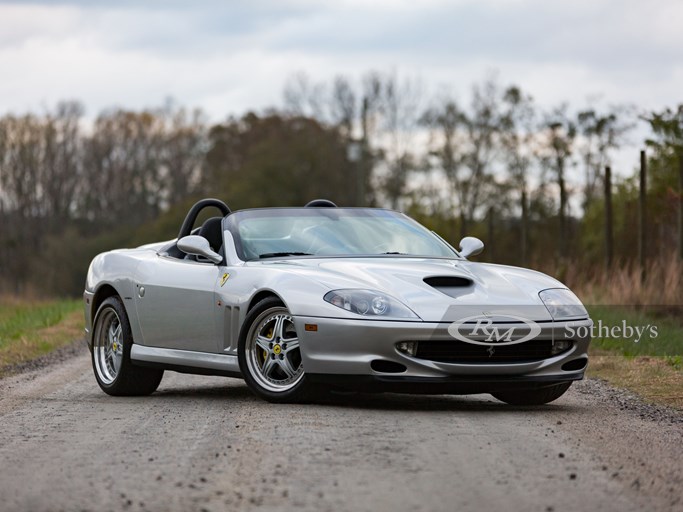