Known by its original Coventry registration number of YHP 791, this right-hand drive XK150 was the first of the 3.8-Litre “S” models, built on September 18, 1959. It’s engine, VAS 1001-9, was the first of the new series. It is mated to a four-speed manual transmission with Laycock de Normanville overdrive and a 4.09:1 Thornton Power-Lok rear axle. On October 12, 1959, Jaguar registered the car as a company vehicle. At the same time, Jaguar registered the first 3.8-Litre MKII Sedan which was assigned YHP 790. Both cars were painted British Racing Green and fitted with suede green leather interiors. The coupe remained in Jaguar’s possession until February 1961.

This car is well-documented during its early history appearing in several publications including a timed speed run of 136.3 mph by John Bolster of Autosport, June 17, 1960. It is still fitted with its original engine block, as verified by the Jaguar Daimler Heritage Trust Certificate, yet it is not known if the cylinder head is original. Also included in the history file are previous MoTs, correspondence, service records, press reports, books, manuals and brochures.

The XK150S was restored in England during 1987-2002. Photo documentation is available. While under restoration, it was purchased in 1999 by Jacques Nasser, former President and CEO of Ford Motor Company. It was displayed at the JDHT Museum in Coventry prior to coming to the United States in 2003. During the restoration, the car was upgraded with a port and polished head to enable better performance on unleaded fuel; power rack and pinion steering; an alternator with negative ground; cooling system with electric fan and high-flow radiator; discreetly fitted contemporary air-conditioning; a modern radio discretely installed in the boot; and five chrome wire wheels with Pirelli 4000 205x70R15 tires (the original wire wheels with Avon tires will remain with the car). 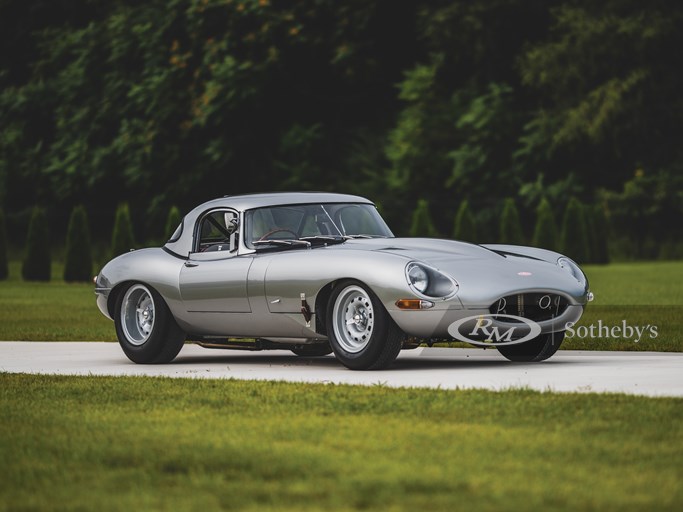