At the 1957 Geneva Motor Show, Mercedes-Benz introduced a convertible version of the celebrated 300 SL Gullwing coupe, the 300 SL Roadster. In an early indication of the increasing focus the manufacturer would place on luxury cars in the ensuing decades, the new Roadster was above all a more refined car than its winged predecessor.

There was no denying the 300 SL’s mechanical performance, which had decidedly improved in the Roadster: Its updated six-cylinder engine receiving the competition camshaft used in the NSL racing coupes, good for a boost of 20 horsepower. Handling also benefited from a revised rear suspension with a lower axle pivot-point, minimizing the tendency for oversteer. Despite the added weight of chassis reinforcement required by an open model, the Roadster was every bit the performance car that the Gullwing had proven itself to be.

The Roadster’s overwhelmingly luxurious character, however, generally obscured its performance capabilities. With a convertible top, the model was never subject to the uncomfortably hot cabin that bedeviled the coupe, and the Roadster’s redesigned tube frame afforded lower door sills, facilitating far easier access than the Gullwing’s challenging ingress and egress.

This 300 SL’s story will no doubt seem familiar to postwar European sports car aficionados: A member of the U.S. Army stationed in Germany purchased the car with all of the accessories necessary (including US market-appropriate gauges and headlights; original metric instrumentation accompanies the sale) to import it back to America once his tour ended. Importantly, this list of accessories included the factory hardtop, which fortunately remains with the car to this day—as well as the crate in which it was delivered to the first owner.

Upon his return, the G.I. sold the 300 SL to his neighbor, apparently a preservationist at heart, who saw fit to fastidiously maintain it just as it was when he took possession. This included a respray in the original Papyrus White, and an interior retrim in the same dark green leather. This distinctive and alluring color combination enhances the aesthetic charm of a design already considered to be one of the most beautiful ever penned.

A set of Rudge center-mount alloy wheels compliment the spotless exterior brightwork to achieve the ideal 300 SL visage; the car’s original wheels, along with hub caps color-matched to the hard top, accompany the car, as well as the hardware needed to install them. Further, the owner states that this is a desirable “big brake” car that retains the larger drum brakes with which it is believed to have been fitted from new.

The third and present owner of the car continued this preservationist trend, carefully maintaining it—and even seeking out an additional convertible top in original Mercedes-Benz green canvas to match the interior—but never hesitating to enjoy its exhilarating on-road dynamics. In fact, the consignor reports that the car performed wonderfully on the roughly 1,000-mile inaugural 300 SL Classic rally held in 2018.

The Mercedes-Benz 300 SL is universally acknowledged as one of the true “blue-chip” collectibles in the automotive world. Its potent blend of historical importance, advanced design, engineering integrity and dramatic looks has guaranteed its desirability from the day it was introduced. That these cars are amazing to drive is also not a small part of their appeal.

This 1960 Mercedes-Benz 300 SL Roadster is now offered with its original, extremely desirable Karl Baisch fitted luggage, manuals, tool roll with rare tire gauge, and matching hardtop. The toughest decision the next owner of this roadster will make is whether to spend hours looking at its beauty while parked—or hours on the road behind the wheel, letting the rest of us enjoy it as well. 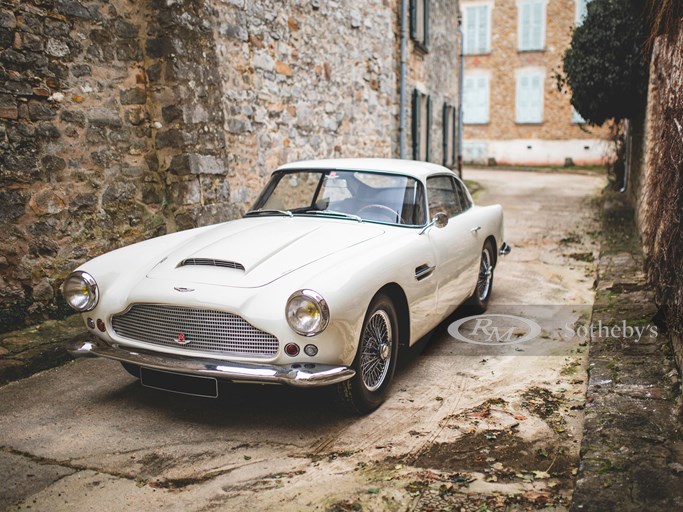 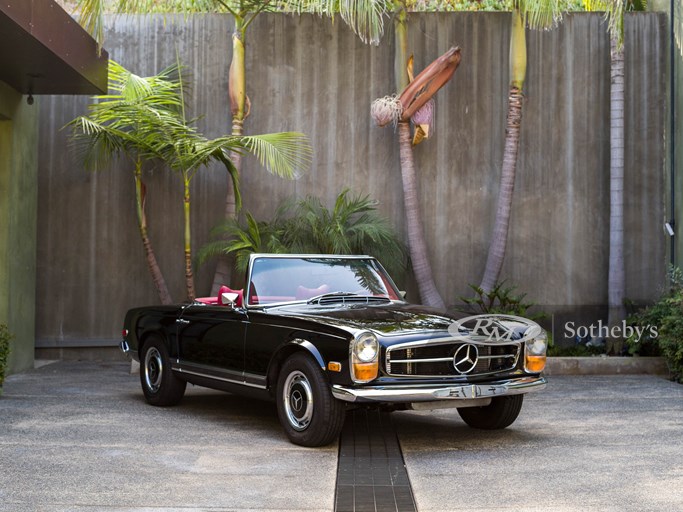