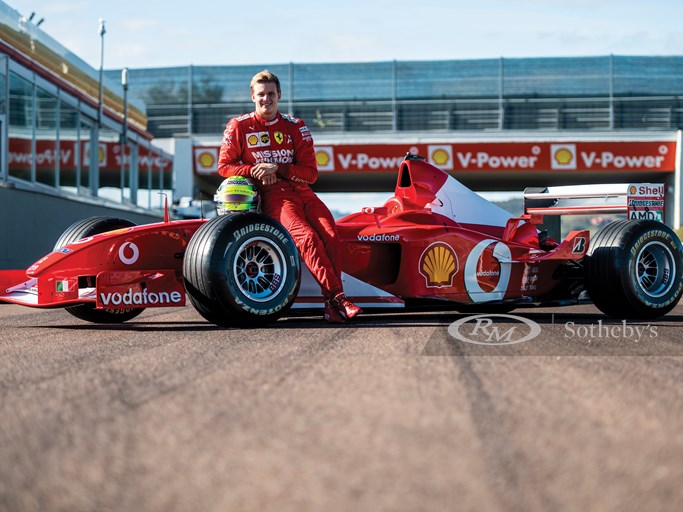 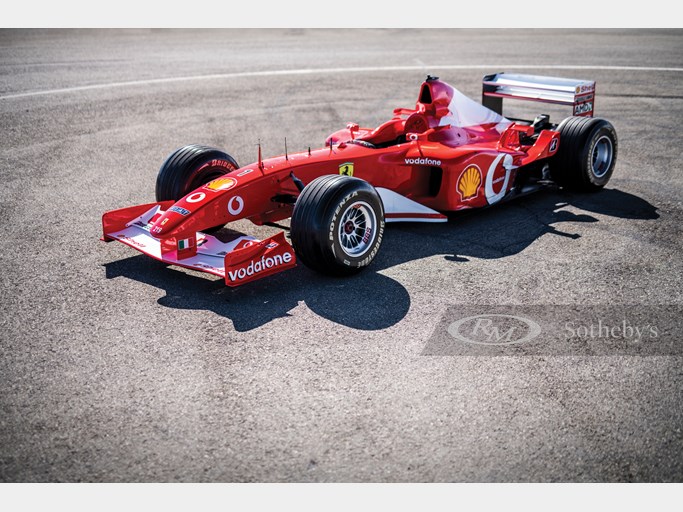 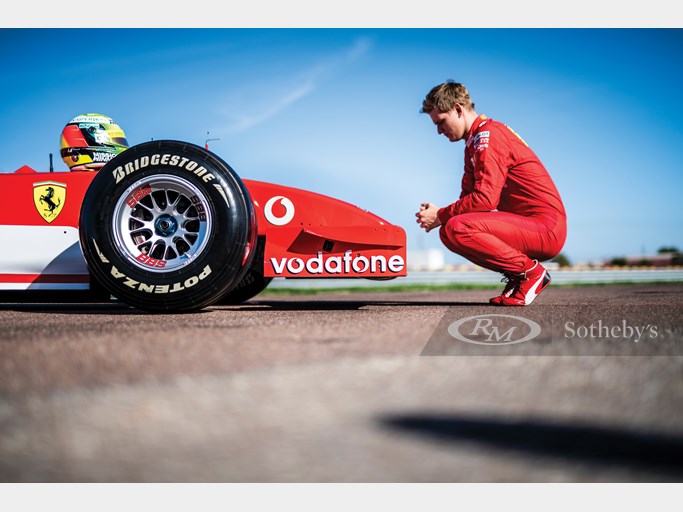 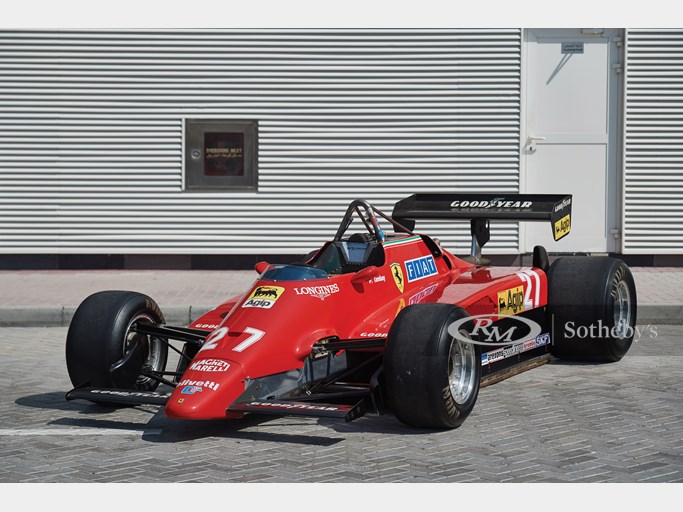 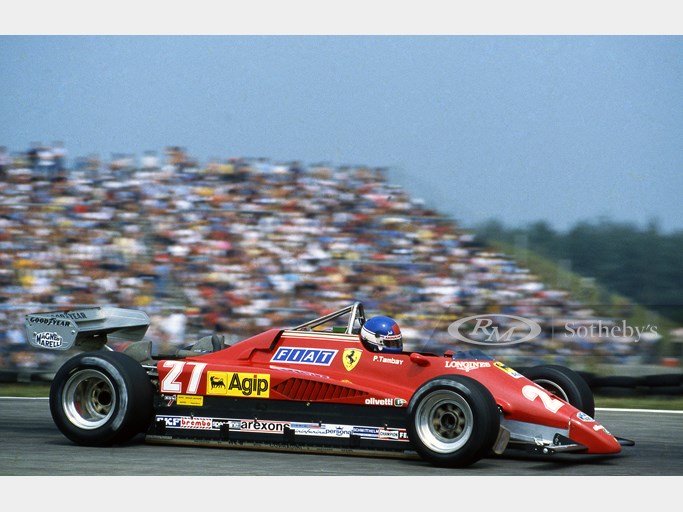 Patrick Tambay behind the wheel of the 126 C2 at the 1982 German Grand Prix, where he finished first overall 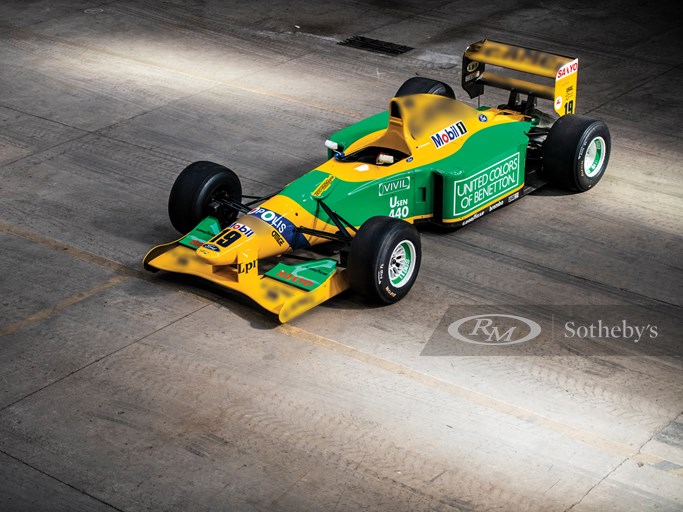 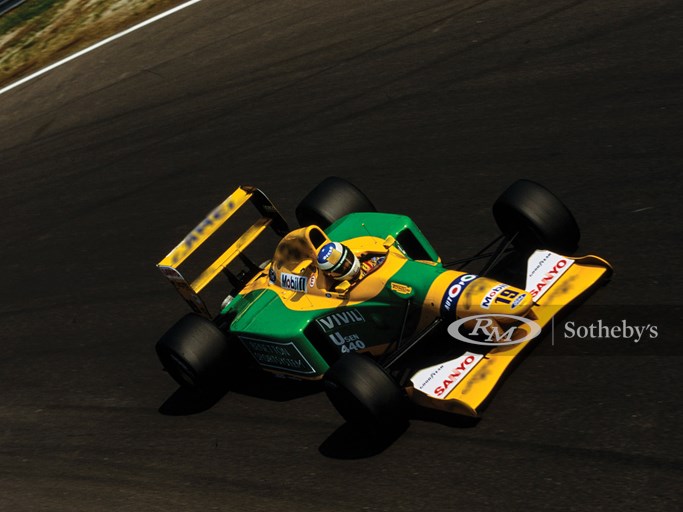 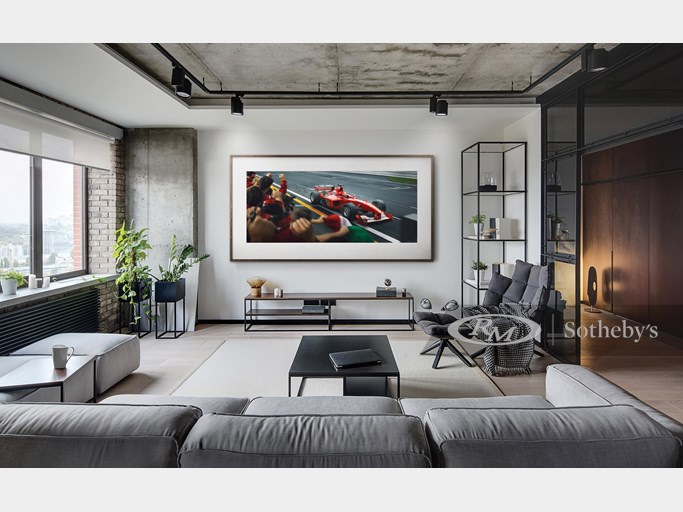 “Crossing the Line, Raising the Bar" by Automobilist 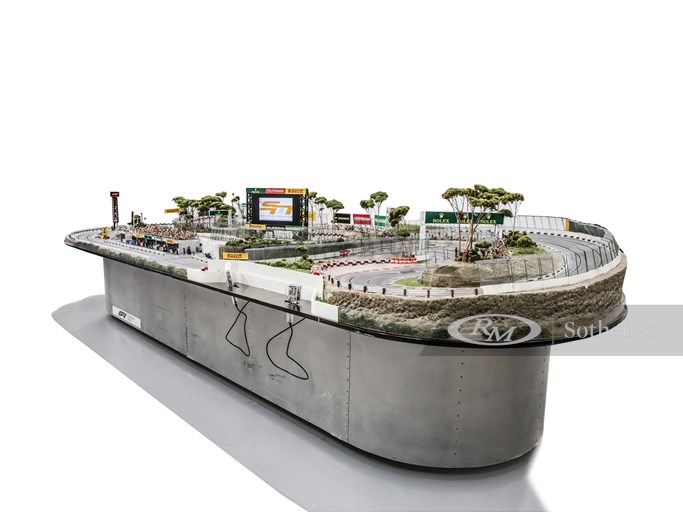 LONDON (14 November 2019) – The countdown is on to RM Sotheby’s first-ever auction in the Middle East, where a 2002 Ferrari F2002 driven by F1 racing legend Michael Schumacher will headline the auction house’s sale held in partnership with Formula 1®. The auction is set for 30 November at the FORMULA 1 ETIHAD AIRWAYS ABU DHABI GRAND PRIX 2019.

RM Sotheby’s has released a new video featuring the Ferrari F2002, which was driven to victory at the 2002 San Marino, Austrian, and French Grands Prix by Michael Schumacher, the last of which would help secure Schumacher his 5th Formula One Drivers’ World Championship. With six races remaining in the season, it remains the shortest time in which the title has ever been clinched. In the film, Mick Schumacher, 2018 FIA European Formula 3 Champion and current Formula 2 driver, steps behind the wheel of chassis no. 219 for the very first time, and on Ferrari’s legendary Fiorano track no less. The video draws parallels between father and son, now and then, as the Scuderia team prepares both car and driver.

One of the most successful Formula 1 designs of all time, the F2002 on offer contributed to what was, at that point, the most dominant World Championship performance ever seen. Schumacher had taken 11 wins and Ferrari’s Constructors’ Championship haul of 221 points for the season precisely equaled the combined tally of all ten remaining teams. Now Ferrari Classiche certified and race prepared for Corse Clienti events, the F2002 will be delivered to the new owner at Fiorano following an engine and transmission rebuild by Ferrari at the consignor’s expense (Est. $5,500,000 - $7,500,000).

“Bringing together Mick and the F2002 was a special moment for everyone involved as well as an historic moment for both Formula 1 and Ferrari,” said Oliver Camelin, Car Specialist, RM Sotheby’s, following the track day. “To witness Michael’s son, in this incredible car, at the home of Scuderia Ferrari was a once-in-a-lifetime experience and truly underlined the significance of the F2002 to Michael and Ferrari’s racing legacy.”

The F2002 is joined by additional legends of Formula 1 racing at RM Sotheby’s Abu Dhabi sale, including one of its predecessors, a 1982 Ferrari 126 C2, chassis no. 061, the sole surviving car of the seven original examples built. Boasting a new and improved design for the 1982 season, this 126 C2 took 3rd place at the British Grand Prix in the hands of new Scuderia driver Patrick Tambay, behind teammate Pironi and race winner Niki Lauda’s McLaren. The pair would go on to take 4th at the French Grand Prix, followed by Tambay’s maiden Grand Prix victory at the German Grand Prix. Chassis 061 would also secure Tambay 4th at the Austrian Grand Prix before the Ferrari was driven to pole position and 3rd overall by none other than Mario Andretti at the Italian Grand Prix. Though the drivers’ title was out of reach, the C2 narrowly secured Scuderia Ferrari the Constructors’ Championship for the 1982 season. Significantly, the C2’s Constructors’ title in 1982 began a remarkable sequence which remains intact to this day, Ferrari having finished no lower than 4th in the standings since. Immaculately prepared, 061 would be a welcome addition to any single-seater or competition-focused car collection (Est. $2,000,000 - $2,500,000).

Rounding out the vintage F1 cars offered in Abu Dhabi is a 1992 Benetton B192, chassis no. B192-06, piloted by then-newcomer Michael Schumacher in the 1992 FIA Formula One World Championship. Schumacher drove the B192 to 3rd place finishes at the German and Italian Grands Prix, and 4th place at the British Grand Prix, in which he ultimately finished 3rd in the Drivers’ Championship, ahead of reigning champion Ayrton Senna. Chassis no. 06 is now presented in 1992 season specification, equipped with a correct engine and ready for historic racing events (Est. $825,000 - $1,100,000).

The Formula 1 cars are complemented by two collectibles offered to benefit charitable efforts:

RM Sotheby’s ground-breaking auction at the FORMULA 1 ETIHAD AIRWAYS ABU DHABI GRAND PRIX 2019—the region’s first-ever major international collector car auction—is set for the evening of Saturday, 30 November at the stunning Yas Marina Circuit. The sale will bring together an expertly curated selection of 40 significant Grand Prix™ racing machines, road-going sports cars with an historical connection to the world of motorsport, alongside a broader collection of hand-picked, blue-chip classic and supercars. The auction will take place on the Formula 1 grid from 9pm GST onwards. Fans and registered bidders will be able to view the cars to be auctioned over the Grand Prix weekend. The cars will then be paraded down the main straight and driven along the F1 pitlane for auction.