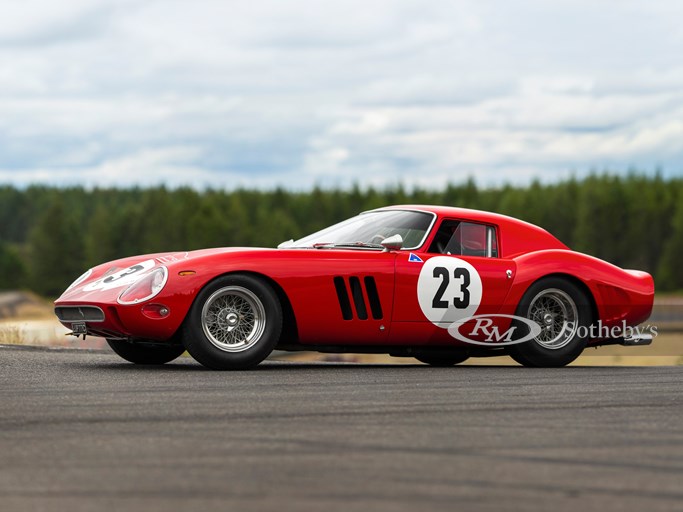 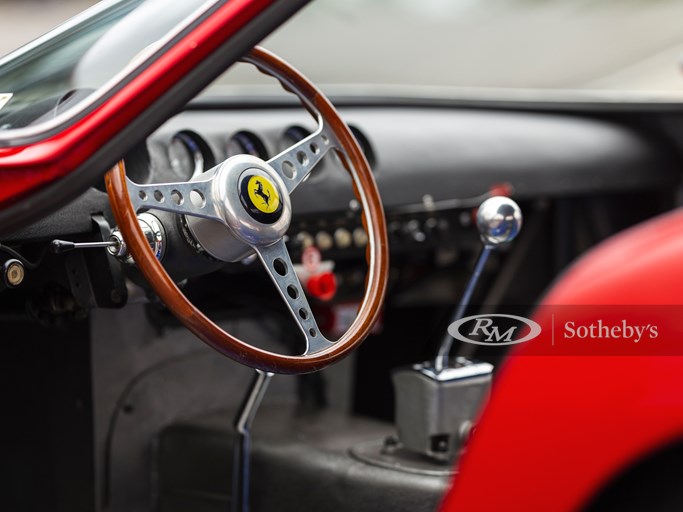 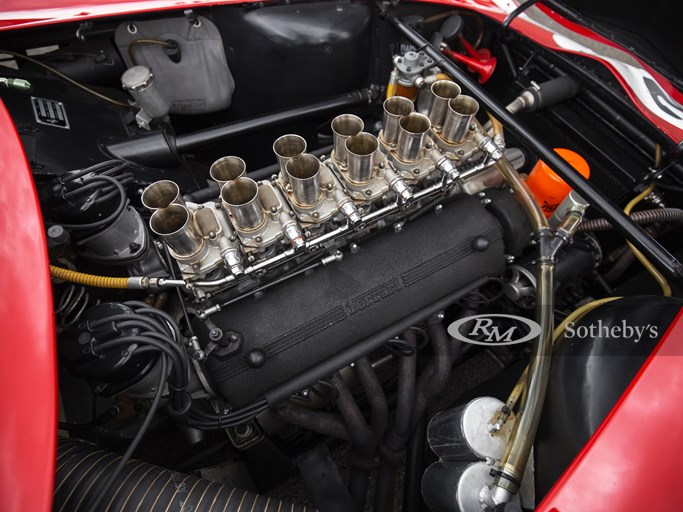 The matching-numbers, original engine of the 1962 Ferrari 250 GTO 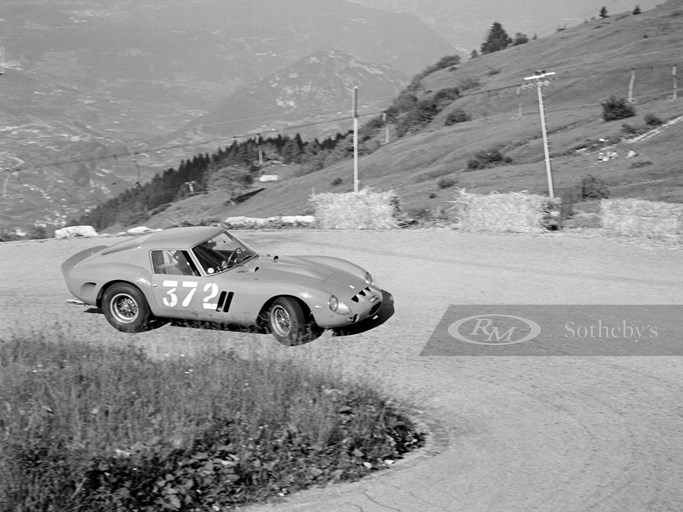 Edoardo Lualdi-Gabardi drives the 250 GTO at the 8 July 1962 Trento-Bondone hill climb, where it placed 1st in class and 6th overall 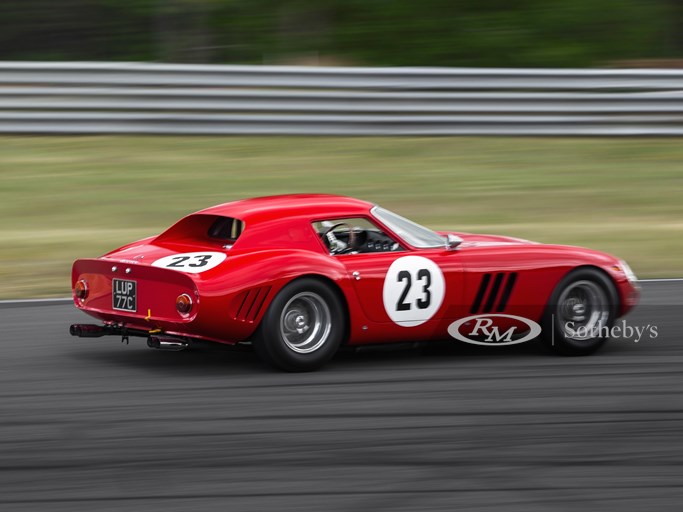 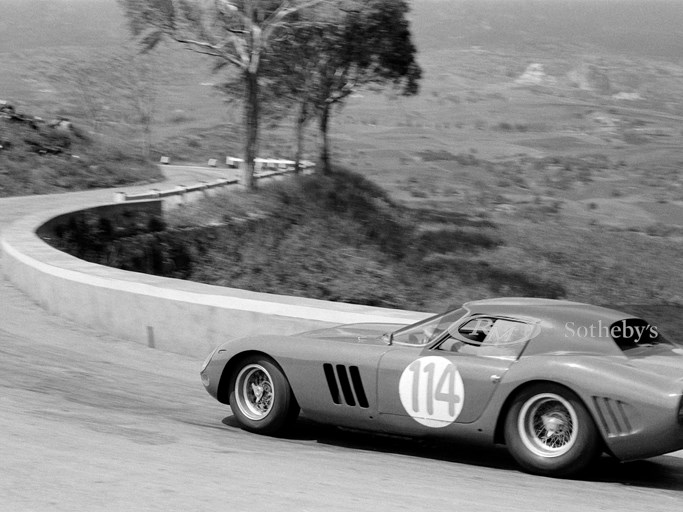 Corrado Ferlaino and Luigi Taramazzo drive the 250 GTO at the 26 April 1964 Targa Florio, where it placed 1st in class and 5th overall

BLENHEIM, Ontario (20 June 2018) – RM Sotheby’s is honored to announce that it has secured a 1962 Ferrari 250 GTO, perhaps the ultimate collector car, for what is set to be its most exciting Monterey auction offering to date.

Ferrari’s 250 GTO was effectively the final evolution of the marque’s famous 250 model, which debuted in 1953 and ended with the last GTOs in 1964. In total, a mere 36 examples of the 250 GTO were ever produced, all of which have survived. Widely considered the most beautiful Ferrari design, the model was one of the most successful road/racing cars that the marque ever built, claiming overall victory or 1st in class in nearly 300 races worldwide. Decades down the road, the Ferrari 250 GTO has become the car collector’s “holy grail”, thanks not only to its incredible pedigree, but to a group of French collectors who organized the first gathering of GTO owners in 1982. Occurring every five years since its inception, the meeting is a glorious driving and dining tour across the country of their choosing, and the only entry into this exclusive club is ownership; making the GTO the hottest ticket in the collector car world.

“We are thrilled at the rare opportunity to offer a legendary Ferrari 250 GTO at auction,” says Shelby Myers, Car Specialist, RM Sotheby’s. “Due to the evolution of technology and safety regulations that followed, the GTO was essentially the final true road racer, marking the end of an era when drivers really got their hands dirty. This was the last car that you could park in your garage, drive to the track, win the race, and then drive home.”

The Ferrari 250 GTO on offer, chassis no. 3413 GT, is the third of the 36 examples built, and began its life as a Series I car. Under Ferrari factory use, the GTO was a test car driven by Phil Hill for the 1962 Targa Florio road race. The car was then sold to its first owner, one of Ferrari’s most favored privateer customers, Edoardo Lualdi-Gabardi. The Italian gentleman racer entered the GTO in 10 races in 1962, winning all but one (in which he placed 2nd in class) and securing him the Italian National GT championship that year. Lualdi-Gabardi’s incredible track success with the early GTO, right out of the gate, contributed significantly in cementing what would become the GTO legend and legacy as known today.

Mr. Lualdi-Gabardi received a second GTO in 1963 and sold chassis no. 3413 to then race car driver Gianni Bulgari, who went on to lead the renowned Bulgari jewelry company from the 1960s to the 1980s. Under both Bulgari and subsequent owner Corrado Ferlaino’s ownership, the GTO handily won its class in the 1963 and 1964 Targa Florio. The car contested a total of 20 races in period, never involved in an accident, and not once failing to finish. A rare case and incredible feat for any race car, it retains its original engine, gearbox, and rear axle, as well as its factory Series II body, in which it was clothed by Carrozzeria Scaglietti in 1964.

Following its racing career, the GTO has passed through an unbroken chain of ownership that includes some of the most prominent Ferrari collectors in the hobby. In 2000, it was acquired by current owner Dr. Greg Whitten, Chairman of Numerix, avid collector car enthusiast and former chief software architect at Microsoft. Under Dr. Whitten’s ownership, the GTO has competed in vintage events around the world over the last two decades, as well as four of the lauded GTO anniversary tours. Wonderfully maintained in highly original condition, the GTO is estimated to achieve in excess of $45 million in Monterey, making it the most valuable motor car ever offered at auction.

Myers adds: “This marks just the third time that a GTO has been offered for public sale in the new millennium. I can think of no better place than our flagship Monterey event, an auction that has borne witness to the record-smashing sale of some of the most important cars in history, for the presentation of such an exceptional example of Ferrari’s most successful racer and the world’s most sought-after collector car, full stop. The fact that the GTO exists as it did in period, along with Dr. Whitten’s long-term, enthusiastic ownership, only adds to the car’s impeccable pedigree.”

Watch the 250 GTO on the track with current owner Dr. Greg Whitten behind the wheel here: http://bit.ly/250GTO18.

Held during the world-famous Pebble Beach Concours d’Elegance motoring week, RM Sotheby’s Monterey sale (24-25 August), has been the pinnacle of collector car auctions for more than 30 years, leading the field and raising the bar with its consistent, record-setting results. This year’s Monterey sale is set at the newly reopened Monterey Conference Center following its $60-million-dollar renovation, offering collectors a stunning new experience and a beautiful space for the display and offering of 120 of the world’s most important motor cars in the ultimate collector car destination.

For further event information and an updated list of entries, or to register to bid for the Monterey sale, please visit rmsothebys.com. To speak with an RM Sotheby’s car specialist about entering an exceptional car in the auction, please call +1 519 352 4575.