RM SOTHEBY’S TO PRESENT THE GUYTON COLLECTION ENTIRELY WITHOUT RESERVE 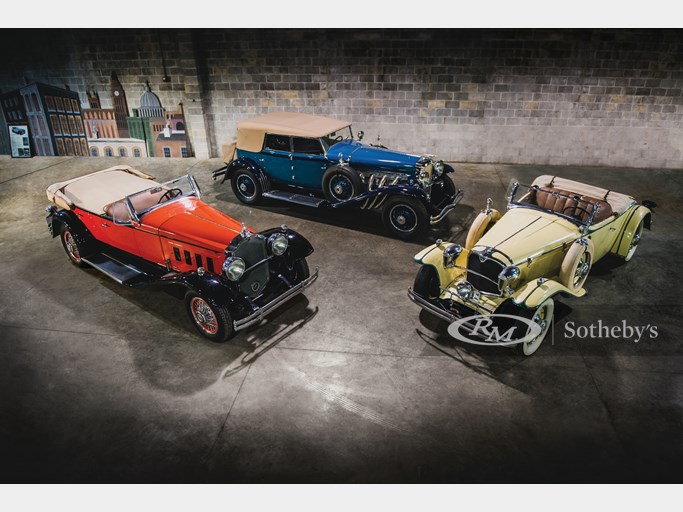 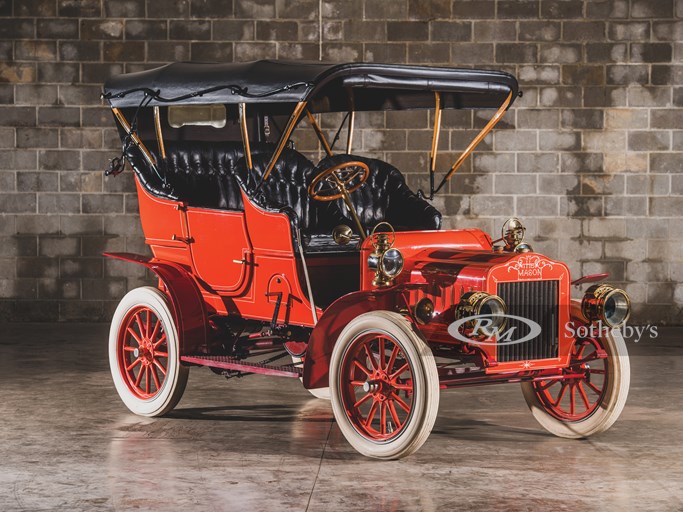 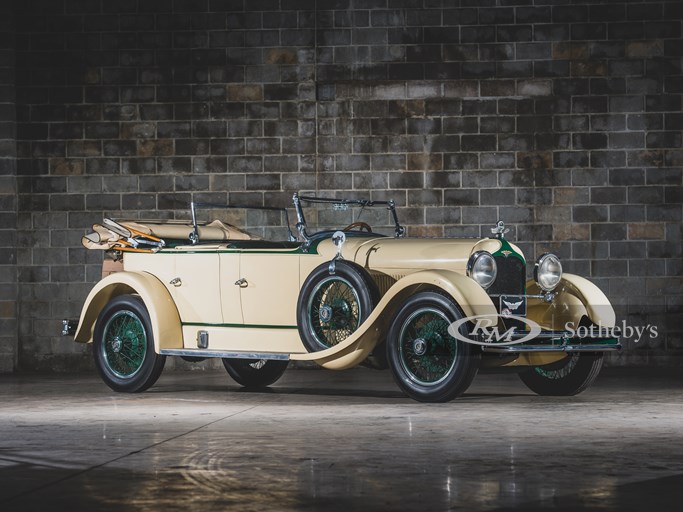 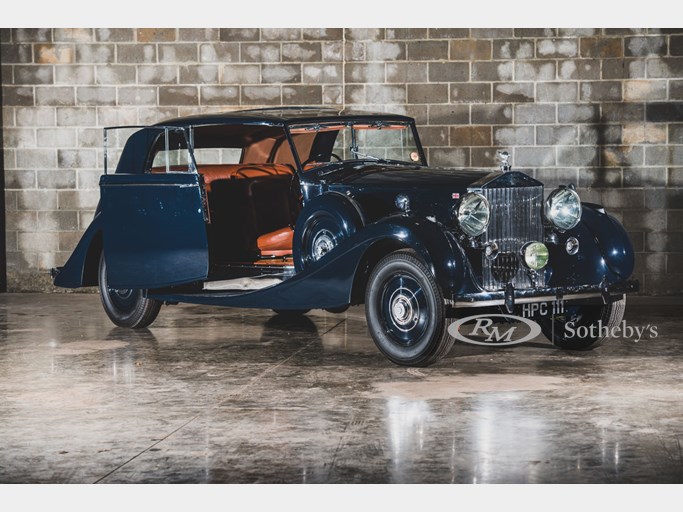 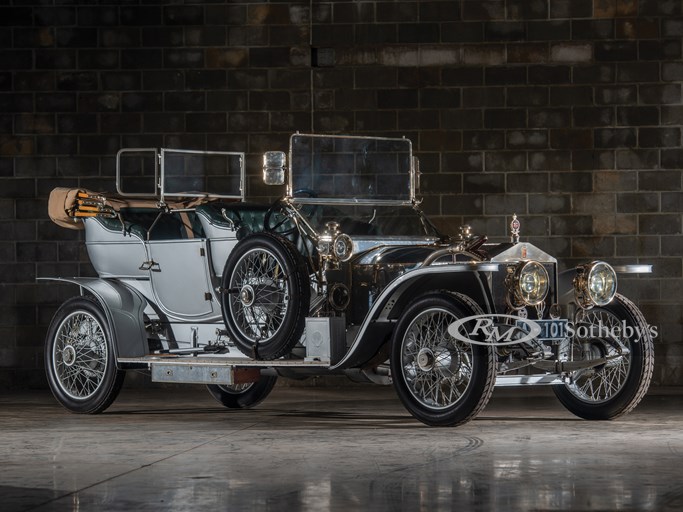 BLENHEIM, Ontario (14 February 2019) – RM Sotheby’s is honored to announce that it will present the esteemed Guyton Collection, comprising the cars and automobilia of the late Mr. Fred Guyton, entirely without reserve. Set for 4-5 May at the collection site in St. Louis, Missouri, the auction will present Mr. Guyton’s 60 Veteran, Brass, and Classic Era automobiles alongside hundreds of pieces of automobilia and collectibles.

A beloved fixture of the collector car hobby, Mr. Guyton was well-known and respected within collecting and car club circles, having amassed his renowned collection over more than four decades. After graduating from the University of Illinois College of Fine & Applied Arts in 1961 with a Bachelor of Architecture, Fred Guyton spent a year in the Peace Corps before his induction into the U.S. Army, where he served as a helicopter pilot. After discharge, Fred moved to St. Louis and began his illustrious career as an architect, which culminated in his co-founding of the world-renowned architectural firm Peckham Guyton Albers & Viets, Inc. (PGAV), where he continued to work until his passing in 2018. During Fred’s 35 years as Chairman of PGAV, he led the development of landmark projects around the globe, including Busch Gardens Williamsburg & Tampa, Anheuser-Busch World Headquarters, and Universal Studios Theme Parks. Mr. Guyton was a proud St. Louisan, active in civic works, and was appointed by a succession of St. Louis Mayors to numerous posts of local importance.

All of Mr. Guyton’s experiences led him to be a true student of history, his passion for which is visible throughout his collection. The motor cars are focused on the era that begins with the dawn of the automobile and culminates in the immediate pre-war period, bringing to light the best of the era’s technological advancements and engineering. Both American and European automobiles were chosen for their importance to automotive history. A true hobbyist, Mr. Guyton was on the Board of Directors of the Classic Car Club of America (CCCA), Classic Car Club Museum, and the CCCA Spirit of St. Louis Region.

“Fred Guyton was a treasured name in the collector car hobby, and we’re honored to present his fascinating collection at auction,” says Donnie Gould, Car Specialist, RM Sotheby’s. “With an encyclopedic knowledge of history himself, Fred’s collection tells the story of a significant period in automotive advancement, one that we’re thrilled to share with the hobby this spring. Fred rarely if ever sold a part of his beloved collection, and, apart from a handful of cars, did not show his collection often, so this truly is a very rare opportunity."

Of the 60 automobiles on offer, a trio of Classic Era highlights stand apart from the rest. These include an incredibly rare 1930 Packard 734 Speedster Eight Phaeton, chassis no. 184100, which is an exceptionally original example of the ultimate performance Packard of its era. Offered from just two owners since 1955, including well-known East Coast Packard collector, Tom Mix, the Speedster Eight Phaeton is one of just five ever built, and is worthy of inclusion in the very best collections of American Classics. Joining the Packard is a 1930 Duesenberg Model J Murphy Convertible Sedan, engine no. J-329, a highly cherished piece within the collection. Originally driven by Indianapolis racer Leon Duray, the Model J was stunningly restored by Chris Charlton. Complete with its original chassis, body, and engine, the Duesenberg comes to market having seldom been shown and providing a host of opportunities for its next owner, who would surely be welcomed at virtually any major concours. Rounding out the group is a 1930 Ruxton Model C Baker-Raulang Roadster, chassis no. 11005. A well-known example of a pioneering front-wheel-drive American car, the Ruxton on offer was one of Mr. Guyton’s favorite cars, with known history from new and the Best-Preserved Pre-War Car honors at the Pebble Beach Concours d’Elegance. One of the rarest American Full Classics—a mere seven examples remain—a Ruxton Roadster is seldom available for public sale.

Beyond the most cherished pieces of the collection, there are several significant automobiles for which Guyton was well-known in the hobby. The first of these cars is a 1906 Mason Touring, chassis no. 77, the earliest car designed by the Duesenberg brothers. A well-engineered Brass Era car, the Mason is formerly of the Harrah’s Collection and is a significant early automobile offered with well-known, long-term history. Also on offer is a 1927 Duesenberg Model X Dual-Cowl Phaeton, engine no. X3, the Chicago and Los Angeles motor show car in period and the first Model X to become available for public sale in decades. A part of the collection for over 20 years, the Model X is the rarest production Duesenberg as one of just 13 built and only four remaining. The 1938 Rolls-Royce Phantom III ‘Parallel Door’ Saloon, chassis no. 3DL86, was perhaps Fred Guyton’s best-known, and most beloved car, gifted to him by a very close friend upon his passing. With a fascinating feature of sliding doors alongside stunning lines, the Phantom III is something to behold. Finally, a 1909 Rolls-Royce 40/50 HP Silver Ghost Roi des Belges, chassis no. 1203, also highlights the collection. Formerly of the Richard Solove Collection, the Silver Ghost is a Pebble Beach and Amelia Island Concours d’Elegance award-winner and a long-time national tour veteran.

Mr. Guyton’s passion for historical pursuits is reflected in very discernable areas within his automobilia and collectibles as well, with an entire room in his facility dedicated to WWI and WWII aviation and naval ephemera, as well as a superb automotive library. Well over 500 pieces of automobilia, collectibles, petroliana, sports memorabilia, and original artwork are set for the May auction, alongside more than 3,000 model and toy cars, including what is regarded as one of the world’s finest assortments of Minic Clockwork Toy Cars. Within the collection is a tremendous group of mascots, bronzes, badges, and original paintings by renowned automotive artists, the perfect complement to any collection of motor cars. RM Sotheby’s will also be offering the furniture and equipment from the collection, including display cabinets and accessories of use to collectors.

Complete event details and a list of all items offered in The Guyton Collection will be available at rmsothebys.com in the coming weeks. The 1930 Packard 734 Speedster Eight Phaeton will be available for advance viewing at RM Sotheby’s upcoming Amelia Island sale, 8-9 March in Florida, as well as on the lawn at the Amelia Island Concours d’Elegance, 10 March. To speak with an RM Sotheby’s specialist or to register to bid for this exceptional collection, please call +1 519 352 4575.