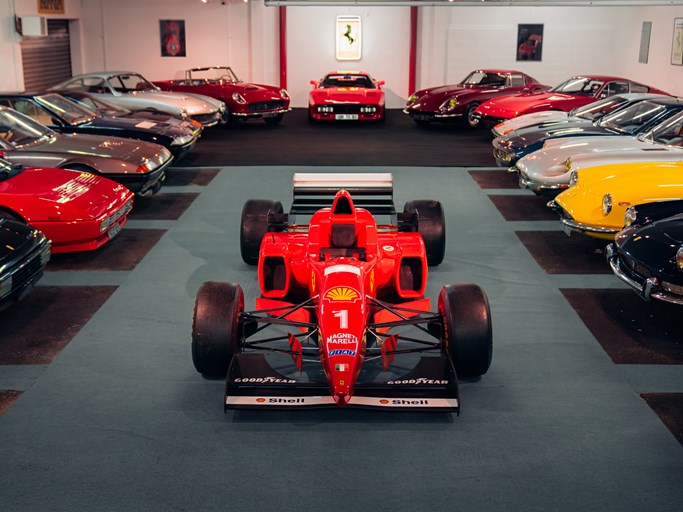 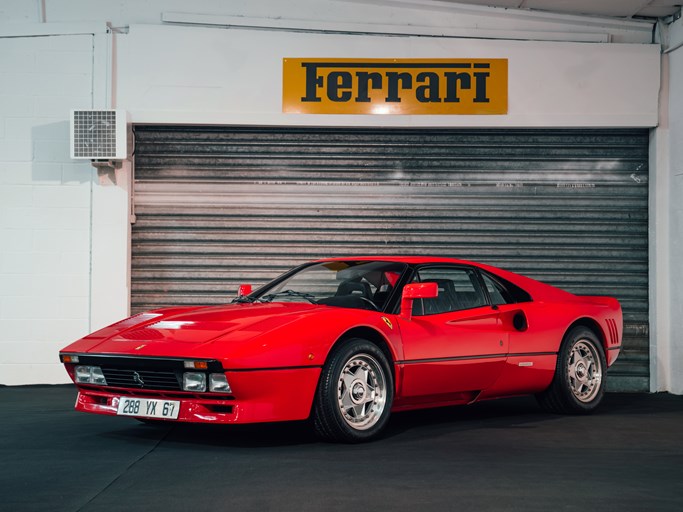 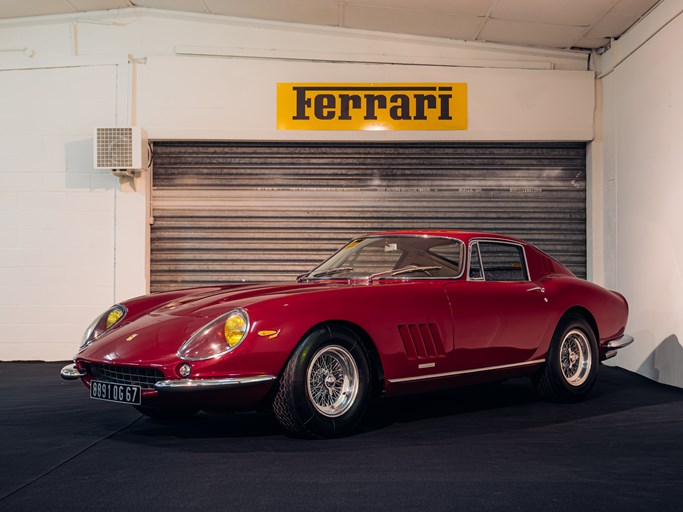 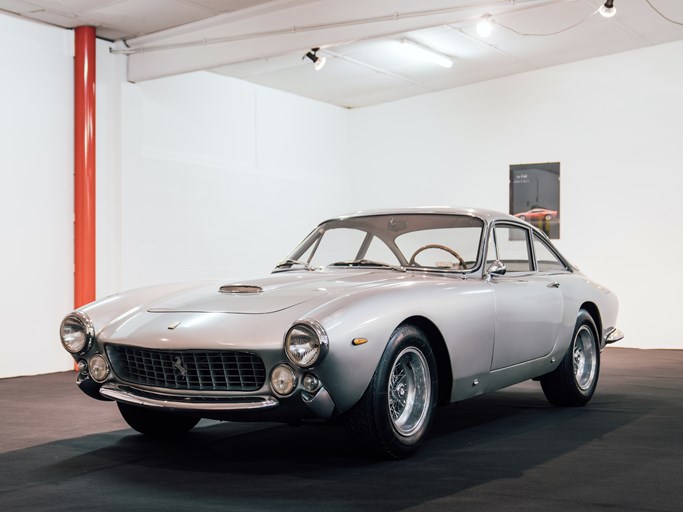 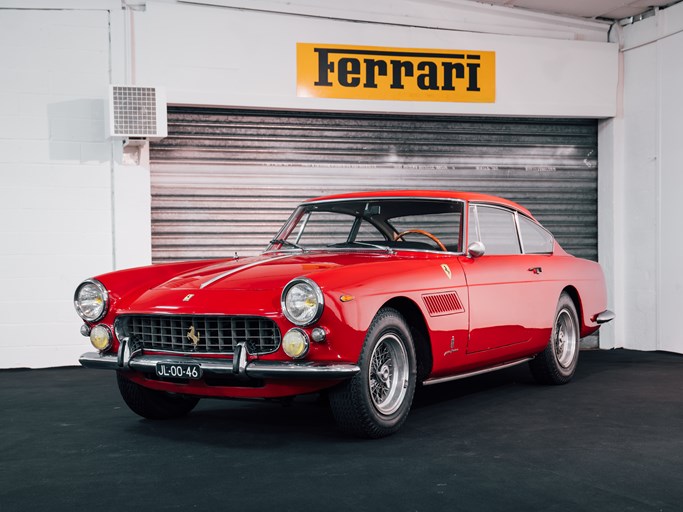 LONDON (10 January 2022) – RM Sotheby’s is delighted to announce The Petitjean Collection ‘Part II’, a collection of 28 Ferrari road cars spanning 30 years from 1959 to 1989. The collection joins the other exceptional lots to be offered in the Paris sale, taking place on 2 February 2022 during Rétromobile week. This will mark the 9th annual return to the French capital, with the sale this year taking place at Sotheby's Paris, 76 Rue du Faubourg Saint-Honoré. The sale cars will be available to preview at “The Collection” Place Vendôme, 75001, on 1-2 February.

The collection of Marcel Petitjean represents one man’s passion and dedication to building a fine collection of cars, which began as far back as the 1960s. RM Sotheby’s was privileged to offer 97 of the cars within the Collection in an online only, no reserve auction, in 2020. RM Sotheby’s is delighted to now offer 'Part II’ Ferrari only, which forms an incredible representation of 30 years’ of Maranello’s finest road cars.

The collection is headed by a 1985 Ferrari 288 GTO, a car which represents the peak of supercar development at the time it appeared, and which was only the second model in Ferrari’s history to carry the immortal letters, “GTO”. Only 272 production examples were built and boasted a V-8 turbocharged powertrain and carbon fibre and Kevlar composite bodywork. The car offered was delivered new to Bepp Mayer, a German racing driver who was particularly well-known for racing BMWs, including a 3.5 CSL. Mayer specified a considerable number of options, including air conditioning, power windows, and radio, to complement the classic Rosso Corsa paintwork and Nero leather interior. Mayer kept it for 13 years before it passed to Monsieur Petitjean, with only 6,986 km from new. Since joining the Petitjean Collection in December 1998, this 288 GTO has been used sparingly, so only a further 2,600 km have been covered, and it includes its original tools and manual. Today the car is presented with only 9,559 km from new and is arguably one of the most outstanding 288 GTOs in existence. The car will make a wonderful addition to any collection and is estimated at €2,400,000 - €2,600,000.

The 1966 Ferrari 275 GTB/4 offered from within the collection, chassis no. 09021 is a car of significant importance, being the first ever production ‘four cam’ 275 GTB/4 of only 330 examples built. Displayed by Franco-Britannic Motors for Ferrari at the 1966 Paris Salon de l’Automobile and later used as the demonstrator prior to sale to renowned Parisian fashion designer Charles Jourdan. The Paris Salon de l’Automobile was arguably the premier automotive show of the time, and 09021 appeared at the 53rd edition, which opened on 6 October 1966, revealing the new GTB/4 to the world. After the Paris Salon, 09021 was registered as “1688 TN 75” and used as a demonstrator, playing an important role for the technical inspections with the ‘Service des Mines’ for road approval and making various press appearances, including a review in the June 1967 edition of Sport Auto. Shortly after, the car was sold to its first private owner, Charles Jourdan, who registered it as “444 JZ 26”. The world-renowned fashion designer enjoyed his GTB/4 for two years before it passed through Automobiles Charles Pozzi to its second owner, Monsieur Petitjean, on 8 October 1969, as confirmed by the original invoice on file.

Since this time, 09021 has been registered as “8891 QG 67” and has been little used, whilst the engine was subject to a comprehensive rebuild. After an extraordinary 52 years of single ownership, the first production GTB/4 is publicly available for the first time and is a truly unrepeatable opportunity. A potential concours d’elegance winner or a jewel in another great collection, this incredible car is estimated at €1,700,000 - €2,000,000.

The 1964 Ferrari 250 GT/L Berlinetta or “Lusso”, is arguably one of the most successful and visually appealing grand tourer cars ever manufactured. Introduced at the 1962 Paris Salon as a replacement for the 250 GT Coupé, the Lusso—an Italian word for luxury—was fitted with a newly styled interior complemented by a revised dash panel and leather upholstery throughout and featured the 3.0-litre short-block “Colombo” V-12 engine. With only 350 examples constructed between 1962 and 1964, the example offered was manufactured in February 1964. Finished in Argento over a Rosso leather interior, it was sold new into Switzerland and joined the Petitjean’s Collection in 1986 and has remained on static display since. Although requiring recommissioning prior to use, the car is an exceptionally original example of one of Ferrari’s most beautiful V12 road cars. (Estimate: €900,000 - €1,100,000).

Only 201 examples of the 250 GT Series II Cabriolet were produced between 1959 and 1962. The 1959 Ferrari 250 GT Series II Cabriolet on offer features lovely Pininfarina styled and manufactured bodies and the 3.0-litre “Colombo” V-12 coupled with a four-speed manual gearbox, making the car an exceptional grand touring version of the competition-derived 250 California Spider. The example offered is part of the early Series II production run, leaving the Maranello factory finished in Grigio Conchiglia over a Rosso leather and vinyl interior. It retains its matching-numbers engine and rear axle and has been part of the Petitjean Collection for 26 years. (Estimate: €850,000 - €1,100,000).

Oliver Camelin, Director of Sales, Switzerland at RM Sotheby’s, commented: “We are absolutely delighted that Monsieur Petitjean has entrusted this incredible collection to RM Sotheby’s for us to sell as part of our Paris auction. The collection has been built over many decades and represents some of Ferrari’s most important road cars of the era. And above all, the 275 GTB/4 and 288 GTO are perhaps two of the most significant examples of their respective models in existence.”