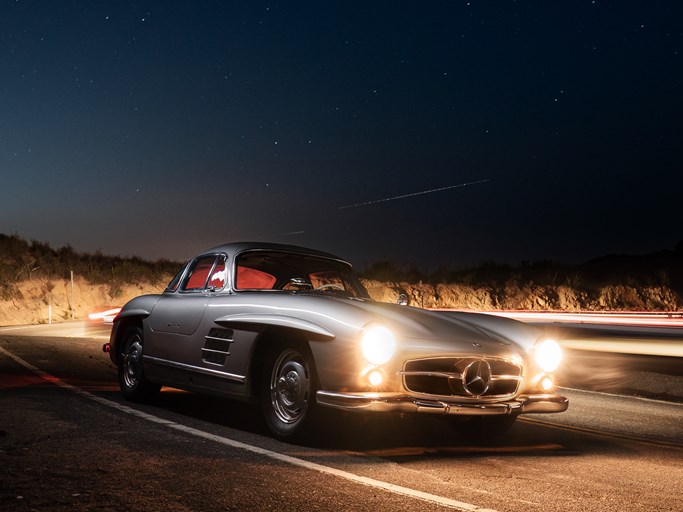 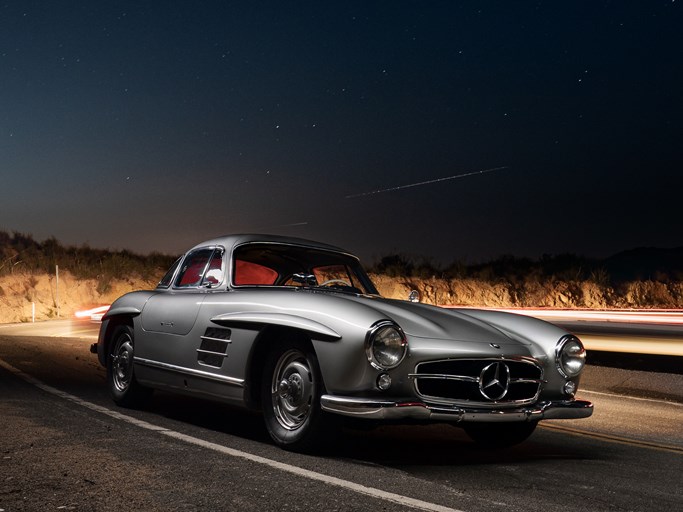 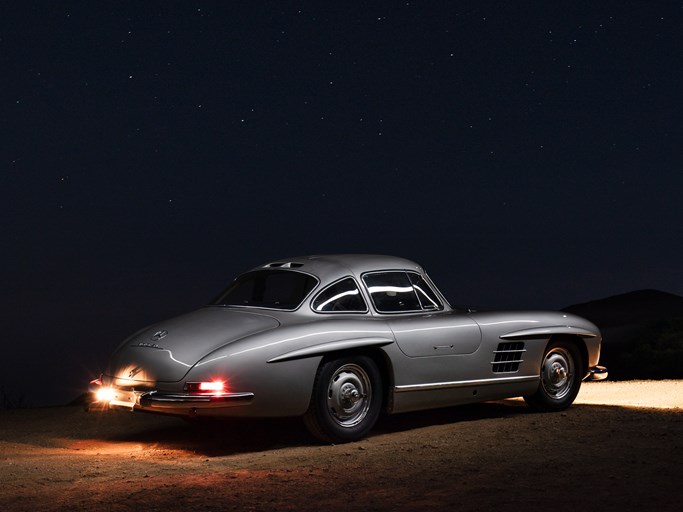 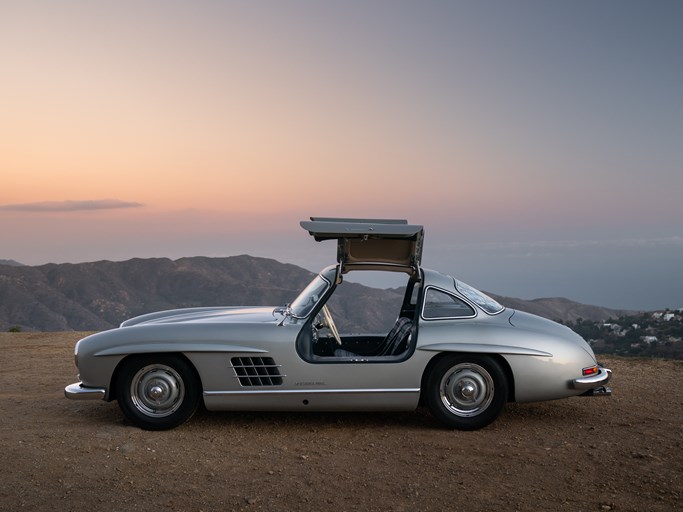 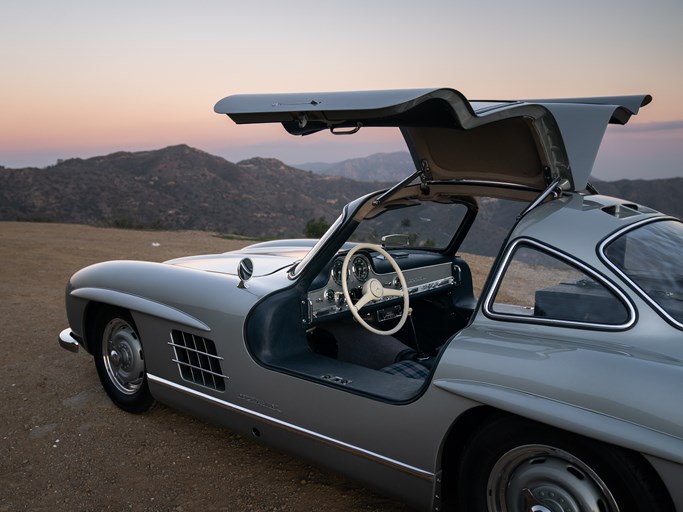 BLENHEIM, Ontario (4 January 2022) – RM Sotheby’s is excited to offer what many consider to be the finest of the ultimate specification, road-going, Mercedes-Benz 300 SL Gullwing sports cars in the world. A simply stunning 1955 Mercedes-Benz 300 SL Alloy Gullwing, boasting exceptional provenance and in the ultimate specification, will make its way to Arizona to feature as the undisputed star of the sale at the Arizona Biltmore & Spa in Phoenix on 27 January.

THE SPORTS CAR OF THE CENTURY

To many collectors and enthusiasts, the 300 SL Gullwing Coupe is considered to be the sports car of the century and the most iconic of all the post-war sports car designs. Representing the peak of the model’s roadgoing development is the Leichtmetallausführung, or Light Metal Version, produced in aluminum. Commonly known as the “Alloy” Gullwing, it is unequivocally the ultimate production version of Mercedes-Benz’s most celebrated creation.

The Alloy Gullwing boasts a special, competition-bred configuration, which differs in many ways from the standard steel-bodied production car. These incredibly rare and historically significant Alloy coupes were purpose-built for competition and the changes resulted in an overall weight reduction of 209 pounds, thus making the Alloy Gullwing especially competitive against the best of the competition. The cars also featured race-bred, high-performance NSL engines tuned to deliver in excess of 215 horsepower. Rudge center-mount wheels came standard, as did special vented front brake drums. Finally, the suspension was revised with exclusive springs and shocks, which provided better high-speed handling. Mercedes-Benz commenced production in 1955, and factory records show just 29 examples were made available to private customers.

The car offered in Arizona is the 13th of the 24 Alloy Gullwings produced in 1955. Chassis number 5500332 was ordered by official Mercedes-Benz agent Joseph F. Weckerlé of Casablanca, Morocco. It was fitted with all the requisite lightweight equipment and finished in Silver Gray Metallic (DB 180) over a blue vinyl/blue gabardine fabric interior (L1). Additional factory specifications include a full complement of desirable features such as the high-speed 3.42 rear axle with uprated metric 270-kph speedometer, Becker radio, and standard glass windows (as opposed to Plexiglas). It was the only Alloy example commissioned by Weckerlé, and as such, the sole specimen delivered new to Africa.

Early in its life, the “Weckerlé Alloy” was imported to the United States. By 1975 the car was in the hands of Jack F. Bryan Jr. of Dallas, Texas. Bryan immediately submitted the car to the world’s foremost 300 SL restoration facility, Paul Russell and Company in Essex, Massachusetts (then operating under the name Gullwing Service Company in nearby Topsfield) for a complete restoration. Notably, damage to Alloy Gullwings is remarkably common as the aluminum is notoriously thin, and most examples were raced extensively in-period. Further, the bodies are known to deteriorate at the mounting points where the aluminum meets steel. As a result, almost all lightweight examples have been reskinned or repaired at some point, though notes from this car’s 1975 restoration illustrate only minor aluminum stress repairs inside the engine bay. The quality of Russell’s work was immediately substantiated when the car was named the “Best Gullwing” at the Gullwing Group’s 1980 National Meeting.

The car was then acquired by Hyatt Cheek, then the director-at-large on the Mercedes-Benz Club of America’s National Board. He was soon elected national president of the MBCA (1984-1986) and a well-known owner of many fine examples of Mercedes-Benz’s best model. He regularly drove it to MBCA and Gullwing Group events all over the country and completed several iterations of the famous Colorado Grand and Texas 1000 road rallies, in addition to those driving tours organized by the MBCA and Gullwing Group. After three decades of storied ownership by one of America’s foremost marque enthusiasts, this Alloy Gullwing was acquired by the consignor in 2014. Cheek’s longtime stewardship is, indeed, par for the course for these special cars and a much-confirmed sentiment of this incredible model’s supreme usability and exhilarating performance.

Chassis number 5500332 retains its original lightweight body and numbers-matching 3.0-liter NSL engine and currently exhibits significant attention to factory-correct features throughout, befitting its provenance and near-exclusive maintenance by Paul Russell’s famous workshop since 1975. For the discerning collector, it would be difficult to find a more desirable example than this numbers-matching car. Unquestionably one of the most sought-after and rarely seen Mercedes-Benzes in the world, this exceptional automobile is estimated at $7,000,000 - $9,000,000.

To watch a short film outlining the significance of this incredible car, please click HERE