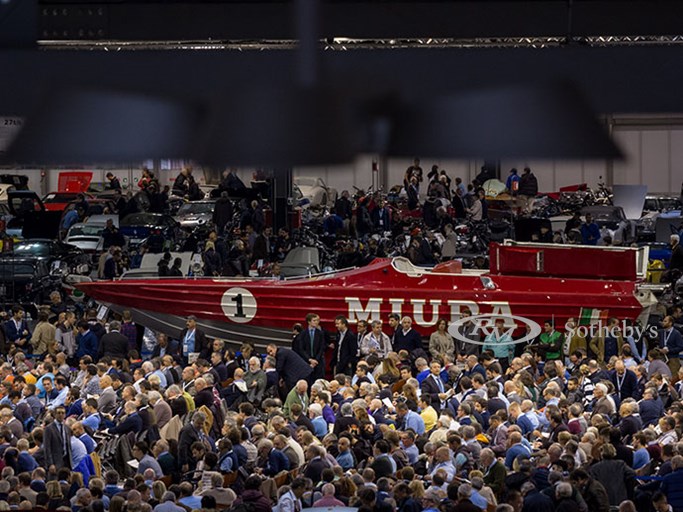 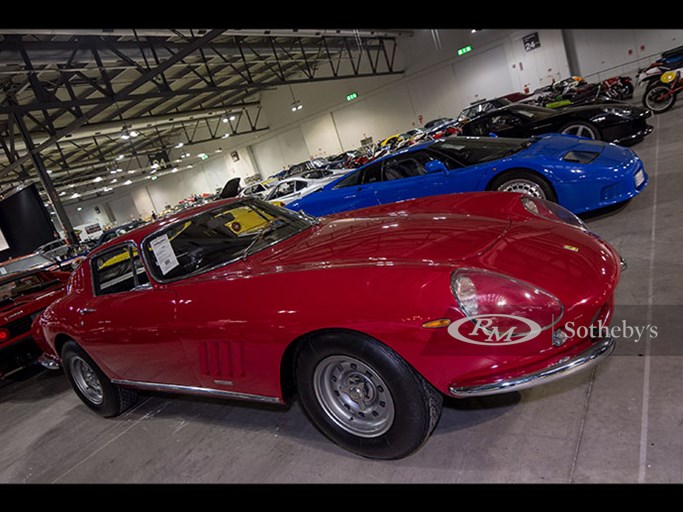 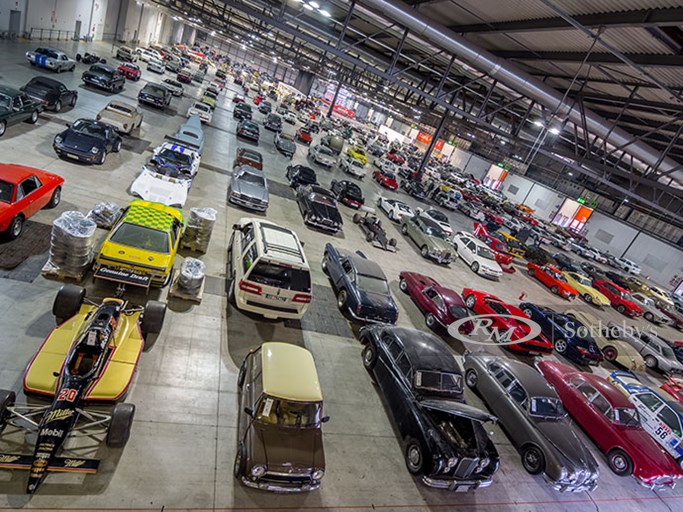 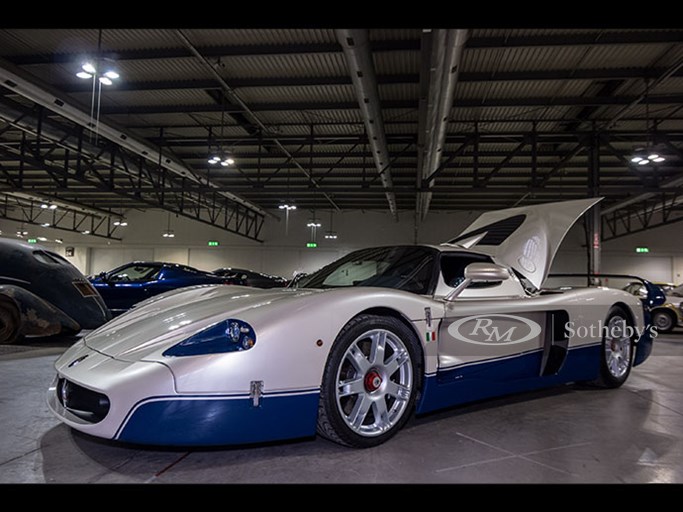 DUEMILA RUOTE BY THE NUMBERS

MILAN (28 November, 2016) – In what can only be described as ‘record-breaking’, RM Sotheby’s captured the attention of the global collector community this weekend with incredible results at its Duemila Ruote sale in Milan. Coinciding with the Milano AutoClassica—the Classic & Sports Car Show—the RM Sotheby’s event represented the largest automotive-themed collection sale ever held in Europe. During approximately 30 hours of auctioneering, 817 lots—comprising an astounding selection of motor cars, motorcycles, bicycles, boats and automobilia, all from one single private collection— were sold before a packed house at the Fiera Milano, totalling an incredible €51.263.270* (USD $54.85 million) in sales.

Augustin Sabatié-Garat, Car Specialist, RM Sotheby’s comments: “It feels like we achieved the impossible here in Milan this week. The logistical challenges involved with putting on this sale are mind-boggling, but we have risen to the challenge and achieved results that nobody could have anticipated. The auction venue alongside the Milano AutoClassica was busier than we have ever seen in a sale room.”

For auto enthusiasts, the collection’s 423 motor cars, many of which were seen on the open market for the first time in decades, presented a thrilling range of ownership opportunities at every level, driving countless bidding contests over the course of the three-day auction. In a field dominated by rare Italian machinery, top sales honours went to the 1966 Ferrari 275 GTB/6C Alloy; the first of just seven long-nose, six-carburettor, alloy body, torque tube 275 GTBs, its rarity, provenance and freshness to the market propelled it to an impressive €3.416.000. Another star of the show, the 2004 Maserati MC12, sporting less than 6,000kms, stormed into the record books at a remarkable €3.024.000, smashing the previous auction record by a considerable margin.

Beyond the automobiles, phenomenal interest was also recorded for other categories included in the sale. A 2008 Ducati Desmosedici led the group of 155 motorcycles at €70.200; the 1984 CUV Lamborghini #1 Offshore Class 1 ‘Miura’, powered by two giant Lamborghini V-12s, dominated the fleet of 55 boats at a massive €117.000; and a Vintage Fire Service Bicycle spearheaded the docket of 140 bicycles at €10.530. The perfect holiday gift for the young enthusiast, even the Jaguar D-Type Children’s Car ignited spirited bidding, selling for €30.420.

The event was an unprecedented sale on all levels. From the moment preview opened on Thursday, thousands of enthusiasts,  including bidders from 57 countries, flocked to the Fiera Milano to preview lots. With standing-room-only across all three sale sessions,  83 per cent of bidders represented first-time clients to RM, with strong interest registered from collectors in the emerging markets of Russia, Brazil, Turkey, the Middle East and Asia. With many high performance ‘modern classics’ on offer, many younger generation collectors participated, with approximately 50 per cent of participants under the age of 50.

From a logistical standpoint, the sale reaffirmed RM’s unmatched capabilities as the market leader for private automobile collection sales. The event was pulled off by RM’s global team in just 10 weeks from the time the company was awarded the business through to this past weekend’s event. During this time, a team of nine people from four countries spent 21 days cataloguing and photographing the collection; thousands of catalogues were distributed; and significantly, the massive collection, which had previously filled 11 warehouses in Northern Italy, was transported from Venice to Milan by approximately 100 transport trucks. The collection was then displayed in over 200,000 square feet at the Fiera Milano - the equivalent of four football fields.

Augustin Sabatié-Garat, continues: “During approximately 30 hours of frantic bidding, we fielded five individual auctioneers working in shifts to deal with the stream of bidding that was generated within the room, on the phones and on the internet. Proving how attractive a ‘no reserve’ auction can be, we had more than 1000 internet bidders, while some lots required over 20 active telephone lines. This sale has proved beyond doubt that the classic car market continues be very strong with continued interest from all sectors of the market.”

Building on the momentum from this weekend’s sale, RM Sotheby’s heads to Daytona Beach, Florida this weekend (3 December) for the charity auction of the 500th LaFerrari. Joining forces with Ferrari, with whom RM has worked closely in the past, the exclusive charity sale will lift the gavel on the very last LaFerrari coupé that will come out of the Maranello factory. The car was created especially by Ferrari to benefit the reconstruction of Central Italy in the aftermath of the devastating earthquakes of 2016. RM Sotheby’s is proud to provide its auction services for this very special auction, held during the Ferrari Finali Mondiali weekend at Daytona Beach, Florida.

*Results are listed in Euros and inclusive of 12 percent buyer’s premium for automobiles and 17 percent for all other lots. Exchange rate used: €1 = 0.86 GBP, $1.07 USD