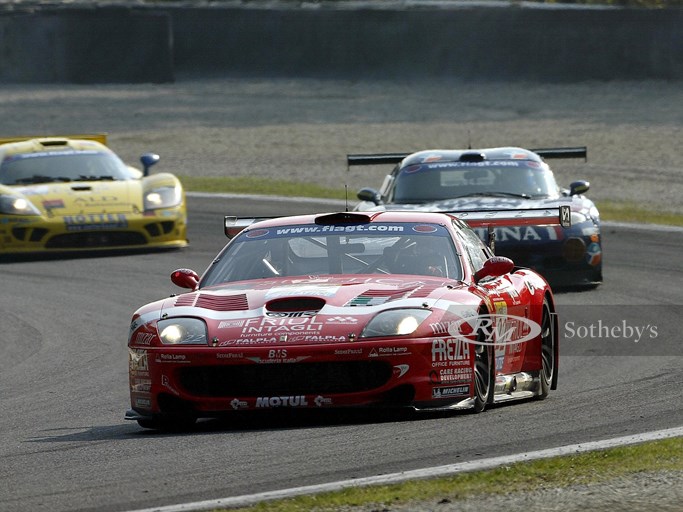 Chassis no. 108418 as seen at the 10th round of the FIA GT Championship at Monza, where it placed first overall 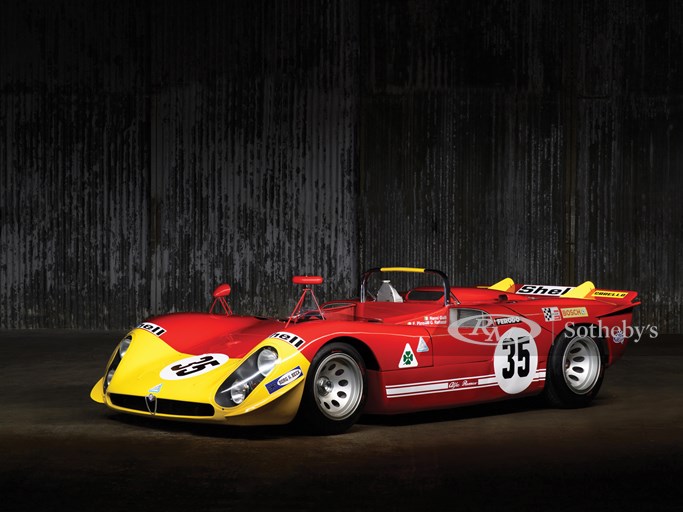 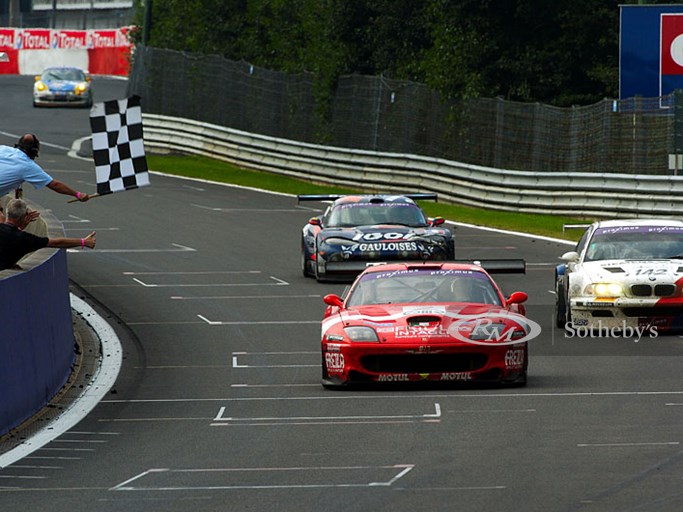 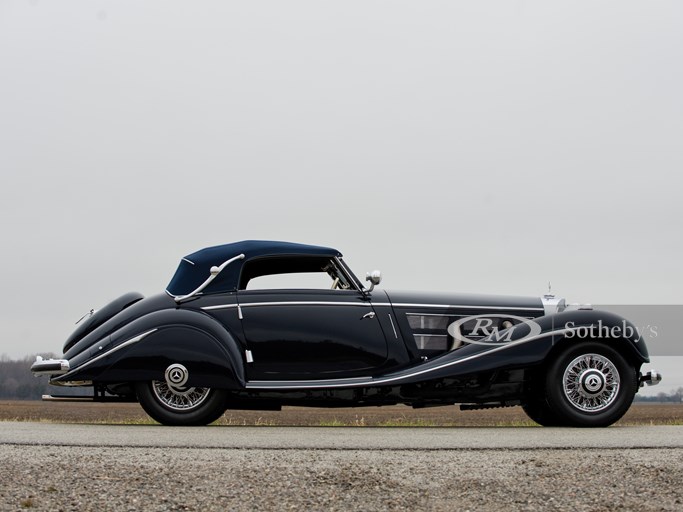 PARIS (4 February 2020) – RM Sotheby’s is giving visitors to Rétromobile collector car show week an advance glimpse of two star lots to feature in the auction house’s Monaco sale. The appearance of the Alfa Romeo Tipo 33/3 and Ferrari 550 GTS Prodrive – both highly successful cars in their respective periods – on RM Sotheby’s Rétromobile stand on 5 to 9 February, will surely attract the attention of collectors attending the show in Paris. In addition, RM Sotheby’s is also delighted to display a Mercedes-Benz 540 K Cabriolet A on the stand, an early highlight for the auction house’s Essen sale on 27 March.

One of the best-looking sports racing cars of its era and highly competitive through the decades, the 1969 Alfa Romeo Tipo 33/3 will go under the hammer in Monaco and is an Autodelta factory team car with significant history on the grid. Chassis no. 105.80.023 raced at the 1970 Targa Florio, where it was piloted by Toine Hezemans and Masten Gregory. A month later, Nanni Galli and Rolf Stommelen ran as high as 2nd overall at the Le Mans 24 Hours. Following its works career, the Tipo 33/3 was purchased directly from Carlo Chitti’s Autodelta team by its first private owner, Weiss-Siam – a company responsible for importing Koni shock absorbers to Italy, and the supplier of suspension parts to Autodelta – in 1973. The car remained with Weiss-Siam for 30 years, until it was sold to a second Italian owner in 2003, where it is seen in photographs in completely original condition. Purchased by the consignor in 2012, in depth research has been carried out to clarify its early history, which included appearing in the iconic film Le Mans alongside Steve McQueen.  Having been fully restored with historic racing in mind it has successfully competed across Europe over the course of the last several years, appearing at the Le Mans Classic and the Spa Classic in the very capable hands of Emanuele Pirro.  Importantly, the Alfa Romeo is offered with an entry to the 2020 Le Mans Classic, arguably the most anticipated historic racing event of the year (Est. €2.200.000 - €2.600.000).

Also joining the Monaco auction is a 2001 Ferrari 550 GTS Prodrive, chassis no. 108418/CRD02, an iconic and highly effective racing car with an extensive GT racing career. As the second Ferrari 550 GTS built by Prodrive for Care Racing, the car made its debut towards the end of the 2001 season with an appearance in the American Le Mans Series before travelling to Europe where it would begin a successful racing career. The Ferrari was campaigned by BMS Scuderia Italia and amassed 14 victories in its division, as well as racing its way to class victory at the 24 Hours of Spa in 2003and, more importantly, overall winner of the 2004 24 Hours of Spa, and the 2004 FIA GT Championship. The car retains its FIA Identification Form and UK road registration document, as well as a comprehensive history file of work undertaken and wider race history with competitive results (Est. €3.000.000 - €4.000.000).

With RM Sotheby’s second annual Essen sale also fast approaching, RM Sotheby’s Rétromobile stand will feature a powerful 1937 Mercedes-Benz 540 K Cabriolet A set to headline the German sale. Chassis no. 154081 was ordered new by H.H. Yeshwant Rao Holkar II, the 14th Maharajah of Indore, with factory coachwork by Sindelfingen. One of just 83 two-passenger drophead coupé Cabriolet A models built, the 540 K was gifted to a unknown recipient by the Maharajah before his death in 1961 and resurfaced in a Mumbai shop in the late 1970s. Eventually exported to the U.S., a nut-and-bolt, award-winning restoration was commissioned on the very complete and original car by RM Auto Restoration in 2002. Presented in Essen in beautifully maintained condition and finished in striking deep midnight blue, this is a rare opportunity to acquire an important pre-war supercharged Mercedes-Benz with a stunning specification, restoration, and royal provenance (Est. €2.000.000 - €2.400.000).

On the same day that Rétromobile opens, RM Sotheby’s is eagerly anticipating its seventh annual Paris sale, which gets underway at Place Vauban on 5 February. 79 incredible vehicles are on offer, led by a supremely original 1955 Jaguar D-Type (Est. €5.9 million to €6.4 million), one of the most desirable sports racing cars of all time, alongside a wild 2015 Lamborghini Veneno Roadster (Est. €4.5 million to €5.5 million), one of nine examples ever built and rarely ever seen at auction.