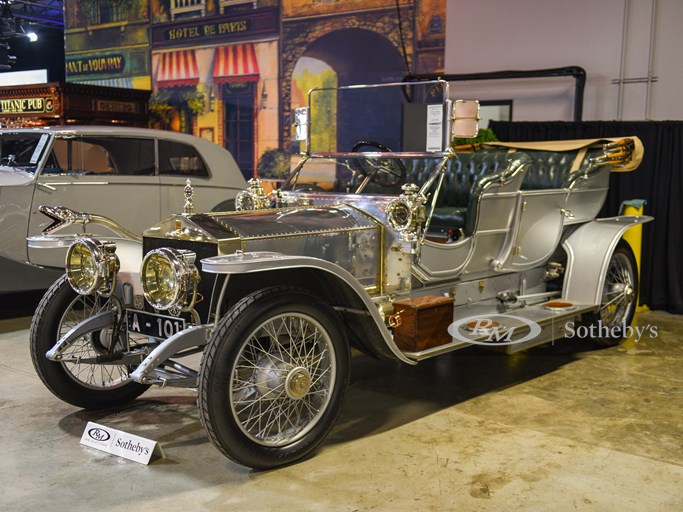 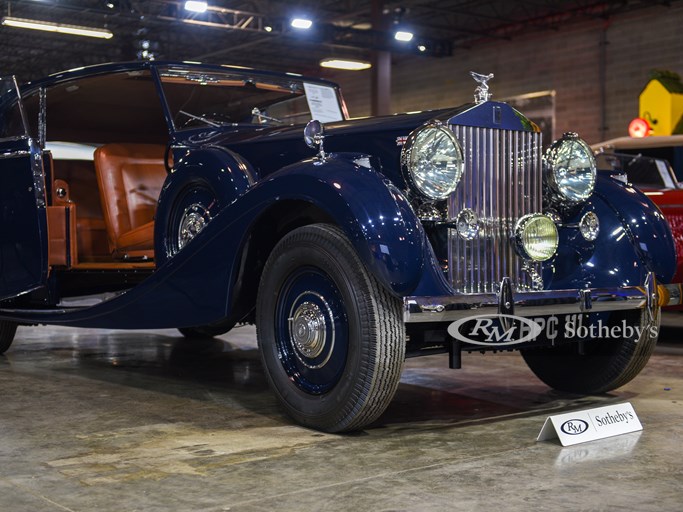 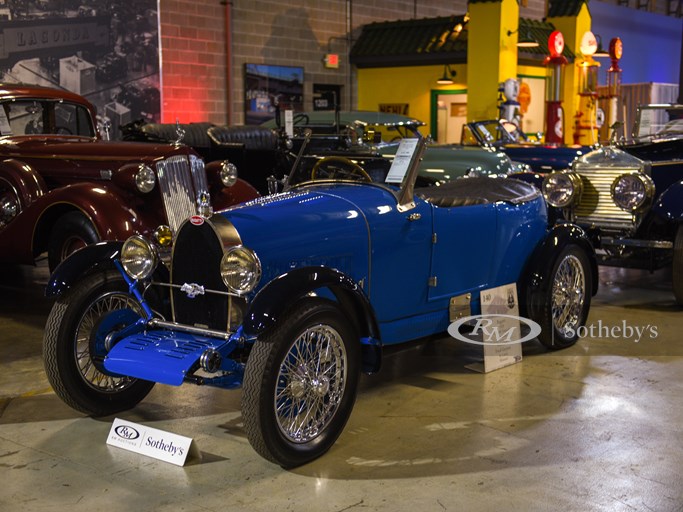 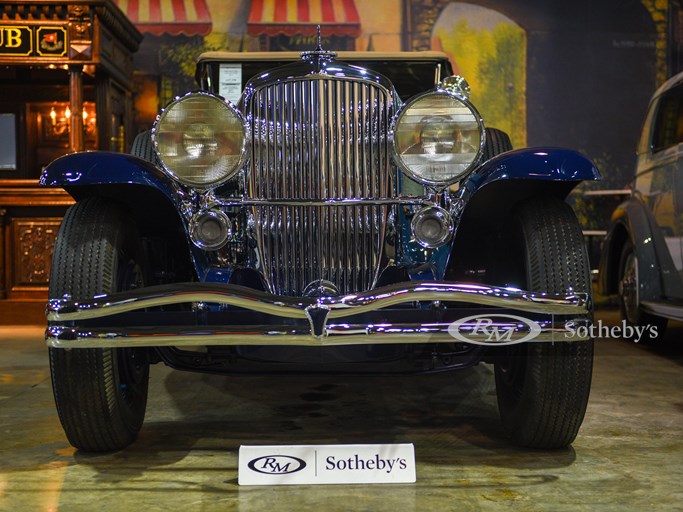 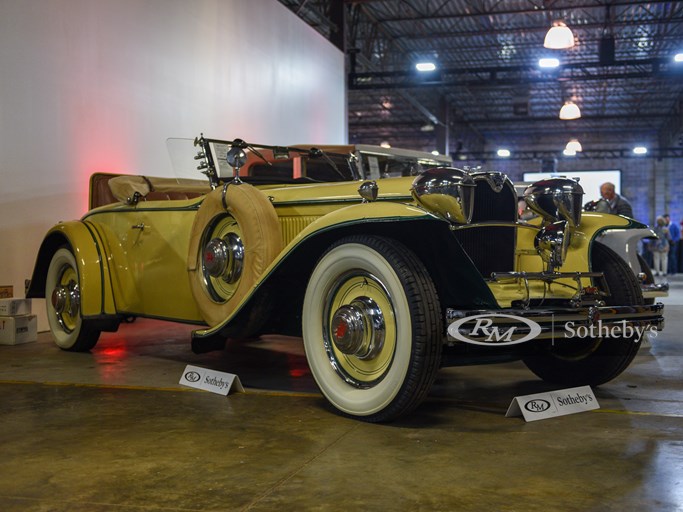 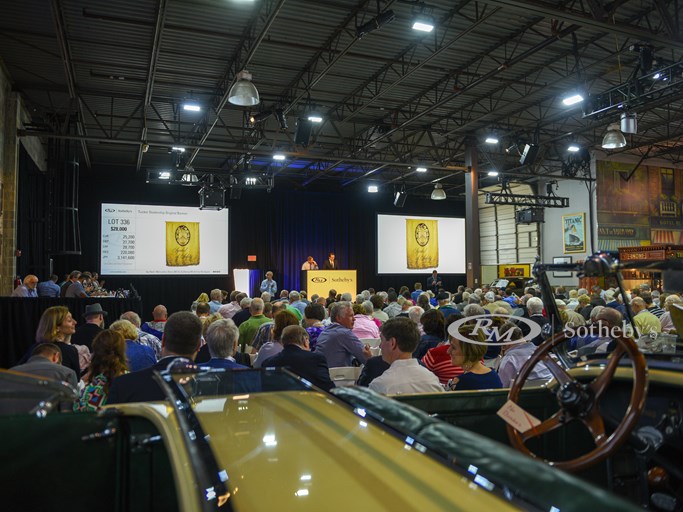 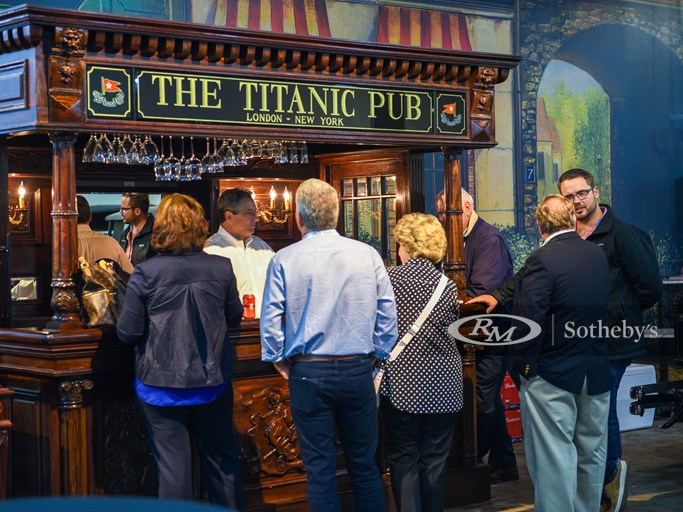 OVER 600 LOTS OFFERED ENTIRELY WITHOUT RESERVE AT TWO-DAY AUCTION IN ST. LOUIS

ST. LOUIS, Missouri (6 May 2019) – This past weekend in St. Louis, Missouri, RM Sotheby’s presented the company’s 34th private collection at auction—the esteemed Guyton Collection, entirely without reserve, achieving $11,680,537 in total sales. Comprising the remarkable automobiles and collectibles of the late Mr. Fred Guyton, the two-day sale was held at the collection site, drawing strong bidding activity from more than 27 countries around the world, with more than 40 percent of bidders representing first-time RM Sotheby’s clientele.

A renowned architect and active member of the St. Louis community, Mr. Guyton was also a treasured and respected figure within collecting and car club circles, having amassed his collection over more than four decades. The Saturday sale included 73 automobiles, featuring historic American and European motor cars from the Veteran, Brass and Classic Eras – many of which had been in the collection for decades.

Beyond the cars, the Guyton Collection included well over 500 pieces of automobilia, collectibles, petroliana, sports memorabilia, original artwork, furniture, and model and toy cars. Among a host of fascinating pieces was the Titanic Pub, which doubled as the bar during the sale, and soared past its estimate to a final price of $84,000 (est. $15/20k). Night Rider by Peter Helck, one of the most famous paintings by the automotive artist, also exceeded pre-sale expectations, bringing a final $48,000 (est. $20/25k). Additional collectible highlights include a Rolls Royce V-12 Merlin Display Engine and Service Tool Kit, which drew considerable pre-sale interest, selling for a final $57,000 (est. $30/40k).

“We are thrilled with the results for the Guyton Collection, which truly exceeded our expectations in every way,” said Donnie Gould, Car Specialist, RM Sotheby’s, following the sale. “The entire team was honored to present such an exceptional collection and the prices achieved go to show just how well-respected Fred’s name and eye for quality were within the hobby. Our thanks go out to Mrs. Beverly Guyton and the entire Guyton family and collection team, as we couldn’t have put together such a fantastic event without their help. It was a great weekend in St. Louis we won’t soon forget, surrounded by our friends in the collector car community, and wonderful to witness just how beloved a fixture in the hobby Fred was.”

“We’re absolutely thrilled with the results of the auction! From start to finish, the entire RM organization has done an outstanding job and the exceptional results are truly a result of their hands-on approach and teamwork. They handled every element, from cataloguing and marketing, to administration and logistics with tremendous professionalism. Most importantly, they approached every step of the process with a proper understanding of Fred’s vision and passion for his collection and we’re delighted that the collector car community now shares in the legacy of his beloved automobiles and prized collectibles.”

RM Sotheby’s continues its auction calendar with the company’s biennial Villa Erba sale on the shores of Lake Como, Italy, the official auction of the revered Concorso d’Eleganza Villa d’Este. The exclusive auction will lift the gavel on more than 50 of the world’s most sought after pre-war, sports, and racing greats. Closely following the Villa Erba sale, the RM Sotheby’s Group returns to the historic Auburn Auction Park for its annual Auburn Spring weekend, 29 May – 1 June, this year featuring two full days of memorabilia.

Further information on upcoming events, along with complete results from the Guyton Collection sale are available at rmsothebys.com.

EDITOR’S NOTES
*Results are listed in USD and are inclusive of buyer’s premium.