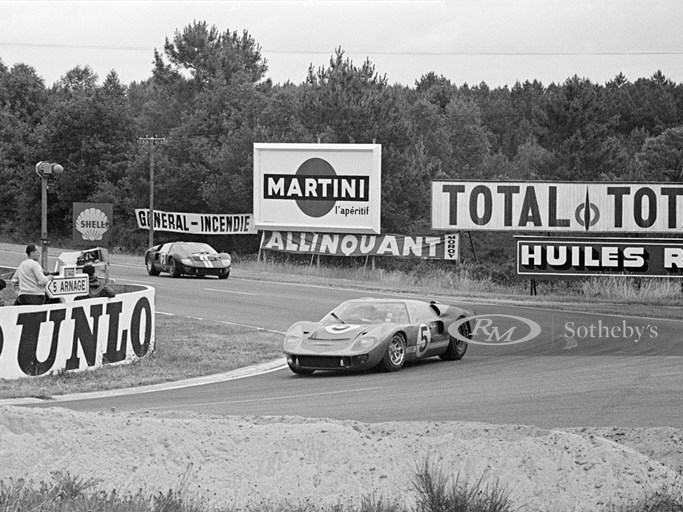 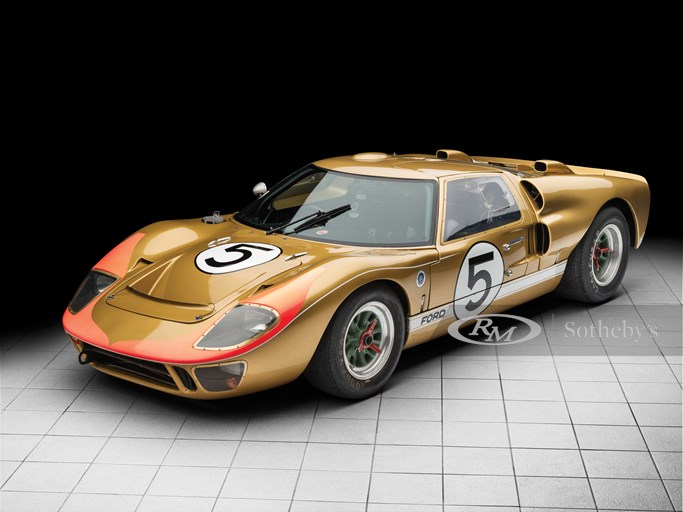 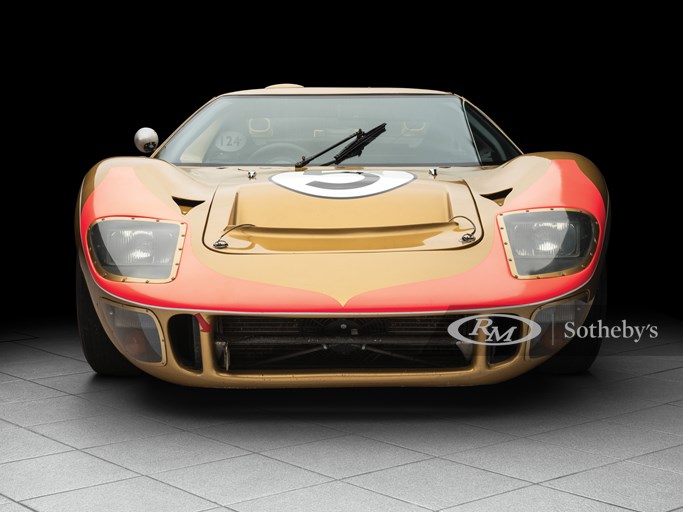 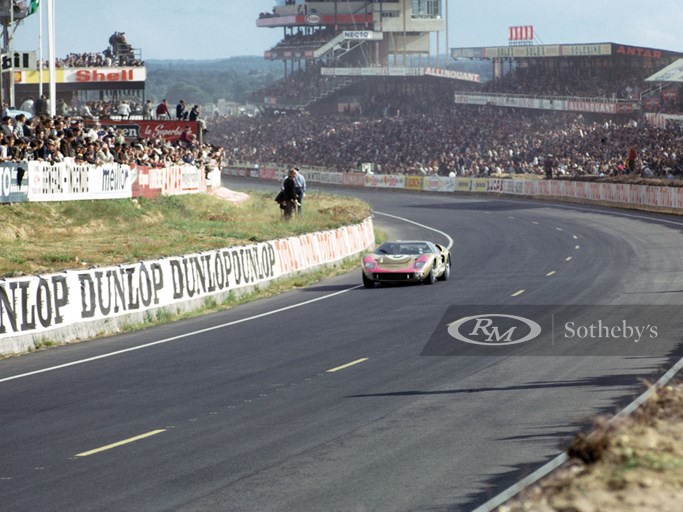 BLENHEIM, Ontario (12 JUNE 2018) – RM Sotheby’s is delighted to announce that a 1966 Ford GT40, chassis number P/1016, one of three GT40s that propelled Ford to its first-ever 24 Hours of Le Mans victory, is the latest star entry for the company’s forthcoming flagship auction in Monterey, California (24-25 August 2018).

As part of the trio of GT40s that completed the iconic clean sweep of 1st, 2nd and 3rd overall places at the 1966 24 Hours of Le Mans, chassis number P/1016 wore #5 as it was driven by American pair Ronnie Bucknum and Dick Hutcherson, completing 348 laps and finishing 3rd overall for the Holman & Moody racing team. Occupying first and second places were the two other Ford GT40s—the first driven by victors Bruce McLaren and Chris Amon and the other by runners-up Ken Miles and Denny Hulme (though not without its own controversy) —in what is considered to be the turning point in Ford’s motorsport fortunes as the American manufacturer so badly craved a major racing title.

The GT40 Mk II was a development of the original Ford GT program, evolving to include a race-tuned 7.0-liter V-8 engine, in line with Ford’s ambition to create a mid-engined racing car capable of reaching speeds up to 200 mph. The ‘40’ part of the GT40’s nomenclature gives thanks to the sleek racing car’s low 40-inch overall height. The advent of the GT40 represented a step-change in the dynamic of engine technology in the 1966 edition of the 24 Hours of Le Mans. Compared to rival manufacturers on the grid – including Porsche, with the 906 model powered by a 1.9-liter ‘flat six’ or Ferrari’s 275 GTB Competizione cars equipped with a 3.3-liter V-12 – the Ford powertrain was ahead of its time and played a huge part in the manufacturer’s motorsport success.

Ford Advanced Vehicles first dispatched P/1016 on 11 September 1965, finished ahead of time and in the company’s 1965 colors of white with a matte black bonnet. The car was sent to Sebring International Raceway before lining up at The Daytona 24 Hour Continental over 5-6 February 1966. There, the car was driven by Bucknum – this time paired with Grand Prix racer Richie Ginther – as the race length was increased to 24 hours – at Ford’s request – in anticipation of Le Mans later that year. Ford swept up as victors in that race, all with GT40s, yet chassis number P/1016 did not finish, its automatic gearbox failing at 4:20 am after 13 hours. In among the various GT40s that competed and won in races over the following months—making Ford favorites at Le Mans—this car remains the only example to have raced as an automatic model.

Alexander Weaver, Car Specialist, at RM Sotheby’s, said: “The status of P/1016 speaks for itself, and if it wasn’t for this car, the history of motorsport as we know it would be very different. The sale of this GT40 represents a real chance for any collector or motorsport enthusiast to own a significant piece of history. To feature a car for sale that has played such a pivotal role in such a famous race is very important for us as we prepare for the Monterey auction. This Ford has been restored to the condition it raced in, which will be a vital consideration for any prospective buyer. Few cars can be considered gold standard, but this GT40 is, and will always be remembered as one of the Fords that finally beat Ferrari.”

After the success at Le Mans, chassis number P/1016 went on to race three more times in 1967; again, at the Daytona 24 Hour Continental, in a Daytona test, and driven by Mark Donohue in the Le Mans trials. The car was later featured in notable automobile collections and at shows across North America throughout its life, winning ‘People’s Choice’ at Pebble Beach in 2003. Now restored to the same golden livery as it wore when it raced at Le Mans, the GT40 is estimated to achieve $9,000,000 to $12,000,000 in Monterey. Before heading west, the car will be on view in the lobby of Sotheby’s Manhattan global headquarters (1334 York Ave, New York), from 21 June, remaining there for approximately two weeks.

Held during the world-famous Pebble Beach Concours d’Elegance motoring week, RM Sotheby’s Monterey sale has been the pinnacle of collector car auctions for more than 30 years, leading the field and raising the bar with its consistent, record-setting results. This year’s Monterey sale is set at the newly reopened Monterey Conference Center following its $60-million-dollar renovation, offering collectors a stunning new experience and a beautiful space for the display and offering of 120 of the world’s most important motor cars in the ultimate collector car destination.

As RM Sotheby’s prepare to return to the newly-renovated Monterey Conference Center for the company’s flagship sale, take a look back at exceptional cars sold and auction records shattered over the years at Monterey—the pinnacle of collector car auctions, in this brief video.

For further information on RM Sotheby’s Monterey sale, to view an updated list of entries, or to register to bid, please visit rmsothebys.com. Interested bidders and those wishing to enter an exceptional automobile in the auction are invited to call RM Sotheby’s Headquarters at +1 519 352 4575 to speak with a car specialist.