RM SOTHEBY’S MONTEREY AUCTION HIGHLIGHTED BY THE FIRST ALFA 2.9 TO BE OFFERED AT PUBLIC SALE THIS CENTURY 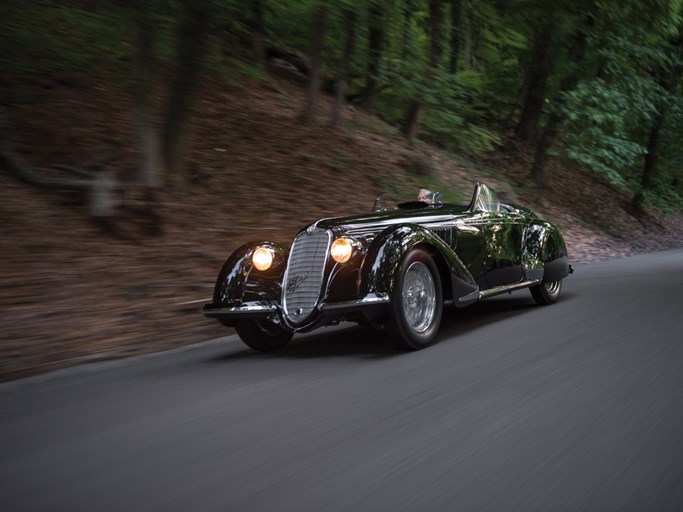 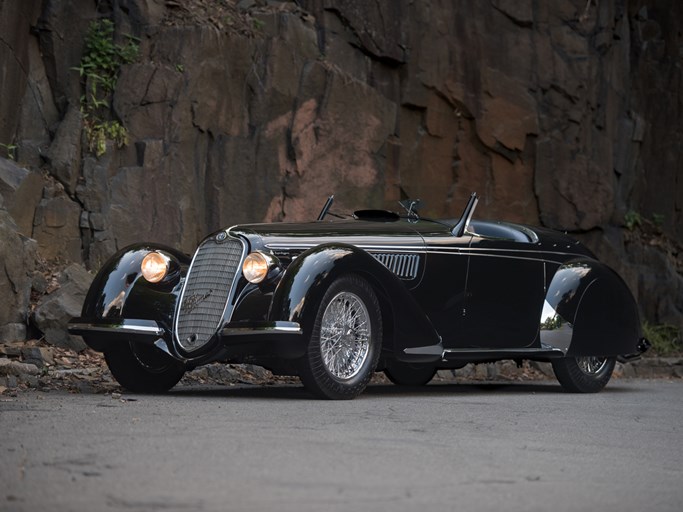 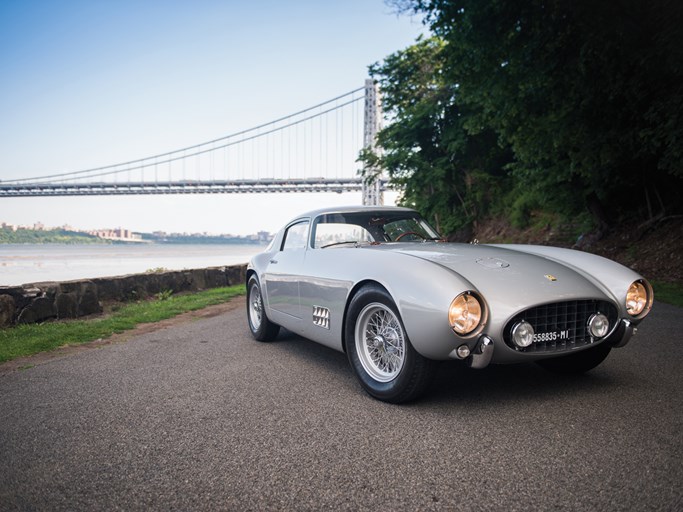 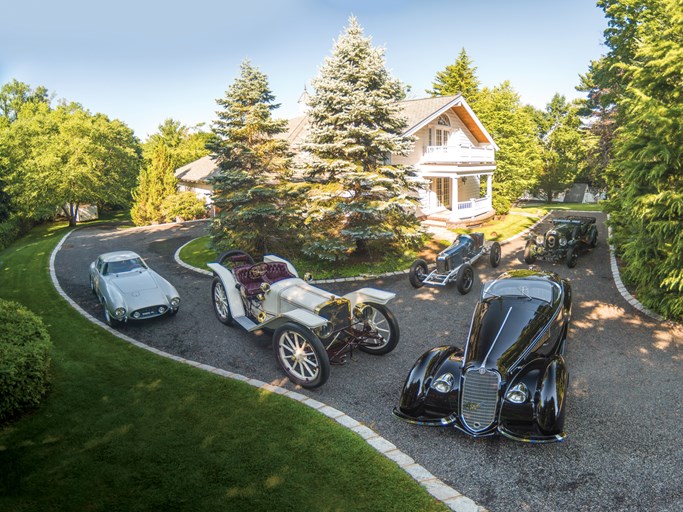 NEW YORK (July 21, 2016) –  A rare 1939 Alfa Romeo 8C 2900B Lungo Touring Spider—the pre-war equivalent to the Ferrari 250 GTO—is the latest star attraction to be announced for RM Sotheby’s upcoming Monterey sale, August 19–20 during the famed Pebble Beach Concours d’Elegance week in California. One of five cars on offer from the esteemed Sam and Emily Mann Collection, the tremendously valuable “2.9” (as it is known among aficionados) rounds out an impressive catalogue of some 100 collector cars on offer at the upcoming auction. Significantly, the Alfa’s presentation on the Monterey Peninsula marks the first time a “2.9” has been offered at public sale this century, setting the scene for a truly exciting auction.

The Alfa Romeo 8C 2900B represents the ultimate original gran turismo. The Italian equivalent of the Bugatti Atlantic, it is a symphony of fabulously intricate engineering, thrilling power, and sinful beauty that incorporates independent suspension and a remarkable straight-eight engine with gear-driven overhead cams and two superchargers. It is believed that only 32 original chassis were produced in various configurations (rarer even than the aforementioned 250 GTO) and the survivors are arguably the most sought-after of all pre-war automobiles.

One of approximately 12 Touring Spiders known to exist, the stunning Alfa on offer, chassis no. 412041, has been a crown jewel of the Sam and Emily Mann Collection for two decades. Documented by renowned Alfa Romeo authority Simon Moore in his book, The Immortal 2.9: Alfa Romeo 8C 2900, it is the recipient of an immaculate, Pebble Beach Concours d’Elegance award-winning restoration by 2.9 guru, Tony Merrick, and has been a frequent participant in concours d’elegance and vintage rallies. Perhaps the most persuasive testament to the quality of the car’s restoration and subsequent expert care, along with the effortless drivability of the 8C 2900, is the fact that the Manns have spent over 12,000 miles behind the wheel, including seven 8C Alfa Tours between 1999 and 2013, in addition to the Copperstate 1000, the Colorado Grand, the California Mille and the California Classic Rally.  A rare sight at auction, the featured Alfa is expected to surpass the current record for a pre-war automobile sold at auction by a comfortable margin when it goes under the RM gavel next month. In the lead up to the sale, the Alfa 2.9 is available for preview at Sotheby’s New York (corner of York Avenue and 72nd Street) from today through until early August.

“The Alfa 2.9 is a car of peerless engineering and extreme elegance— in my mind it represents the absolute highest echelon of car collecting and is a perfect fit for our sale during the Pebble Beach Concours d’Elegance week,” says Ian Kelleher, Managing Director, RM Sotheby’s West Coast Division. “From the standpoint of an automotive enthusiast, there is perhaps no more resplendent sound than that of the twin supercharged, dual overhead cam straight-eight engine of the mighty Alfa 8C at full speed. Without question, acquiring a car of such magnitude establishes one’s collection at the forefront of the hobby.”

The Alfa Romeo headlines a selection of five extraordinary cars from the esteemed Sam and Emily Mann Collection set for RM Sotheby’s Monterey auction. The collection, a labor of love by Sam—an accomplished industrial designer—and his wife of 45 years, Emily, is celebrated as one of the world’s leading car collections, noted for its incredible quality, rarity and presentation.

Kelleher adds, “These five examples represent some of the finest of their individual models. Each has been meticulously maintained and cared for, and exhibits breathtaking presentation. We’re thrilled to have been entrusted with these cars by Sam and Emily Mann; they reflect Sam and Emily’s finely honed eye for aesthetics and design, and will unquestionably be the centerpiece of any important automotive collection.”

The five vehicles from the Sam and Emily Mann Collection join a magnificent roster of other blue-chip automobiles slated for the upcoming RM Sotheby’s sale, including the very first Shelby Cobra, CSX 2000; the 1956 Le Mans-winning Jaguar D-Type; a spectacular 1958 Ferrari 250 GT LWB California Spider; and an eye-popping 1957 BMW 507, which is offered for public sale for the first time in Monterey. Reinforcing RM Sotheby’s reputation as the market leader in the presentation of private collections at auction, in addition to the Sam and Emily Mann Collection, the sale will also feature a selection of vehicles from the Jim Click Ford Performance Collection and the Riverside International Automotive Museum. A complete list of entries for RM’s Monterey auction is available in the digital catalogue, now available here: http://bit.ly/2abA69I.