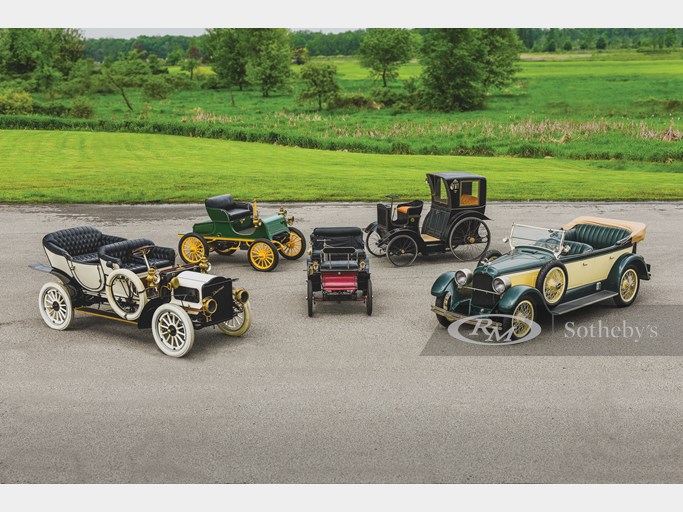 A snapshot of highlights from the Merrick Auto Museum Collection 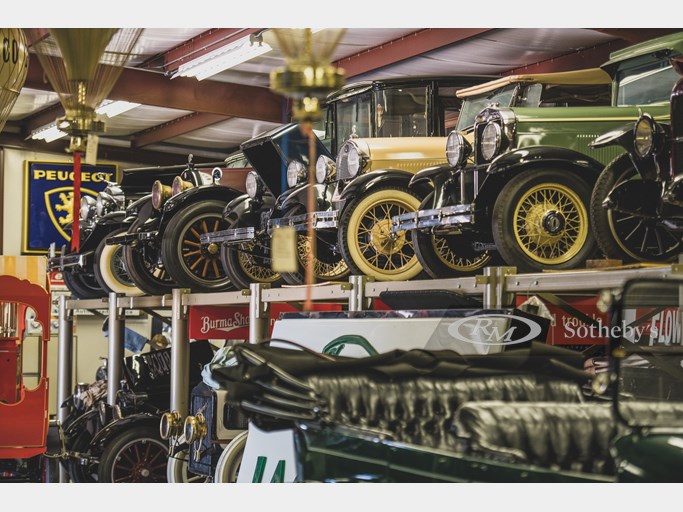 A look inside the Merrick Auto Museum 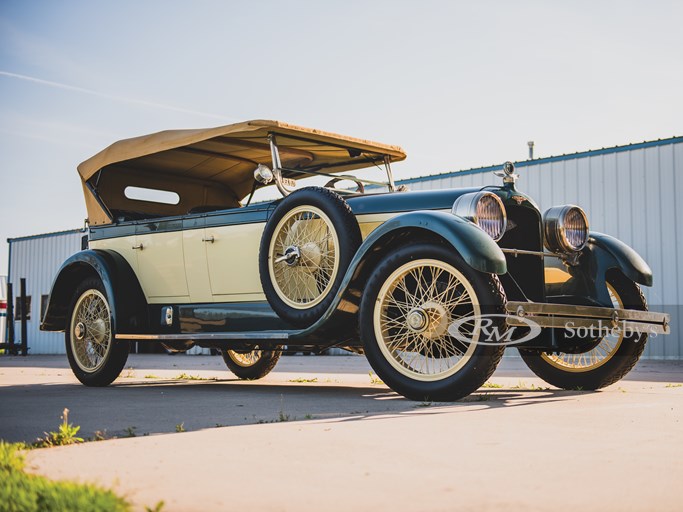 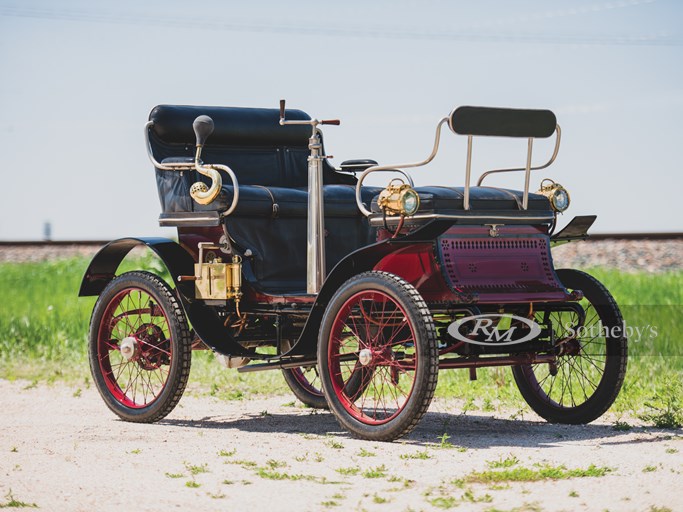 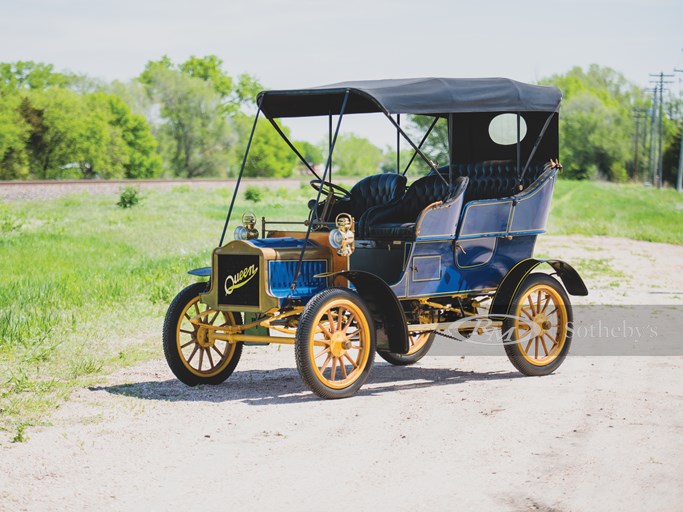 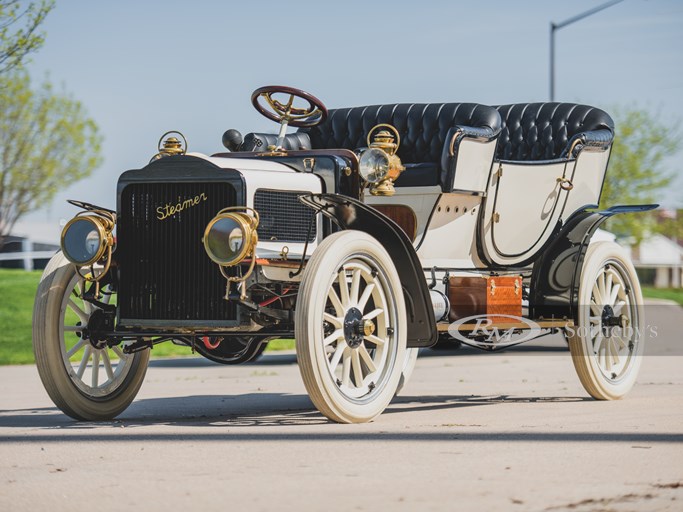 BLENHEIM, Ontario (28 May 2019) – RM Auctions is delighted to announce that it will present the respected Merrick Auto Museum Collection, entirely without reserve, at its 13th annual Hershey sale, held on Thursday 10 October - Friday, 11 October during the Antique Automobile Club of America’s (AACA) Eastern Division Fall Meet, with the Thursday evening auction dedicated to the collection.

Jim Merrick and his son, Richard, first started their collection more than 25 years ago in Nebraska with 11 fully restored antique automobiles, officially incorporating The Merrick Auto Museum in 1992. Over the years, they transformed their small assembly of cars, with the help of grandson Russell, into a diverse collection of over 100 fascinating American Brass Era, high-wheeler, and pre-war cars spanning from 1900 to the late 1930s, alongside a wide array of memorabilia, signage, vintage motor car parts and ephemera. As avid automobile enthusiasts with a passion for both the hobby and the history of the industry, the Merrick family has extensively researched every car and piece of memorabilia they acquired, amassing a full research library.

“The Merrick Auto Museum Collection is an incredible historical work put together by multiple generations from one passionate family of enthusiasts,” says Gord Duff, Global Head of Auctions, RM Sotheby's Group. “Many of these cars represent marques, models, and technology lost to time, which have been wonderfully preserved in the Merrick Collection. Overall, the Collection is a journey through the many quickly evolving stages of early motoring and will be of exceptional interest to discerning Brass Era collectors. We are honored to present this fascinating group of cars, which will be right at home in Hershey.”

Offered publicly for the very first time, the Merrick Auto Museum Collection focuses on the early decades of motoring featuring significant pre-war cars alongside many of the rare electric, steam and gas vehicles known today as orphan cars – built by manufacturers that have discontinued business entirely. Leading the group is a matching-numbers 1925 Duesenberg Model A Touring by Millspaugh & Irish with a three-speed sliding gear transmission, straight-eight engine and four-wheel hydraulic drum brakes, making it one of the first American automobiles to be so-equipped. Formerly of the Harrah Automobile Collection, chassis no. 1080 joined the Merrick Collection in 1996 – the same year it starred as the Auburn Cord Duesenberg (ACD) Club Festival poster car. Ideal for ACD and CCCA activities, this car will shine in any classic motor car collection.

An Edwardian Era highlight is the 1900 De Dion-Bouton Series E Vis- à-Vis, one of the earliest automobiles within the Merrick Collection. Dating back almost 120 years, this pioneer automobile with remarkably modern features was built in France by the most famous early names in motoring: Count Albert de Dion, George Bouton, and Charles Trépardoux. The body style is a charming vis-à-vis or “face-to-face” with the passengers seated facing the driver, who rides atop the car’s 3.5-hp engine. Typical of a French automobile, detail is extravagant and includes decorative grillwork cut into the body in floral patterns, dramatic flared fenders, and brass “De Dion Bouton” script. This attractive car is ready and eligible for many historic tours including the London to Brighton Veteran Car Run. Another Veteran standout in the Merrick lineup is the historic 1900 Rockwell Hansom Cab. A staple of New York’s cobbled streets in the early 1900s, the opportunity to own this seldom-seen “working class car” should not be passed up.

Also sure to steal the spotlight is the 1902 Gasmobile Stanhope, the first American luxury automobile and one of the fastest road cars in the early 1900s. Built by the Automobile Company of America in New York between 1899 and 1902, Gasmobiles are a true rarity. This two-passenger Stanhope is also eligible for the esteemed London to Brighton Veteran Car Run and equipped with an impressive three-cylinder engine, producing 10 horsepower under full load. Significantly, this example was a National First Prize winner in Antique Automobile Club of America (AACA) competition in 1977.

Additional rarities featured within the Merrick Auto Museum Collection include an important early American plug-in electric car, the 1904 Pope-Waverley Chelsea, known in period as "by far the best Electric on the market". Producing 3-hp, this runabout model interestingly houses its single electric motor in the rear of the car. The seldom-seen 1906 Queen Model E on offer is believed to be one of fewer than 15 Model E examples produced. Powered by an opposed two-cylinder engine and finished in attractive blue, the touring-bodied automobile certainly lives up to its royal name. A rare survivor from one of Detroit’s little-known early manufacturers, this example would be an ideal car for undertaking various one- and two-cylinder tours, including HCCA events. Rounding out the highlights is an exceptional turn of the century 1906 White Model F Touring sporting handsome touring coachwork. A leading manufacturer of steam cars for the first decade of the 20th Century, the White Company of Cleveland, Ohio, is most well-known for its innovative steam-powered automobiles.

While the Merrick family is passing their prized collection on to new caretakers, they will continue to follow their passion for historical pursuits by serving as archivists and historians for Brass Era and orphaned cars. Additional information on RM Auctions’ annual Hershey sale is available at rmsothebys.com. A selection of cars from the Merrick Auto Museum Collection, including the Duesenberg Model A Phaeton, the De Dion-Bouton Series E Vis-à-Vis, the Rockwell Hansom Car and the White Model F Touring will be available for advanced viewing at RM Auctions’ upcoming Auburn Spring auction, 29 May - 1 June at the historic Auburn Auction Park in Indiana. To speak with an RM specialist or to register to bid at the Hershey sale, please call +1 519 352 4575.