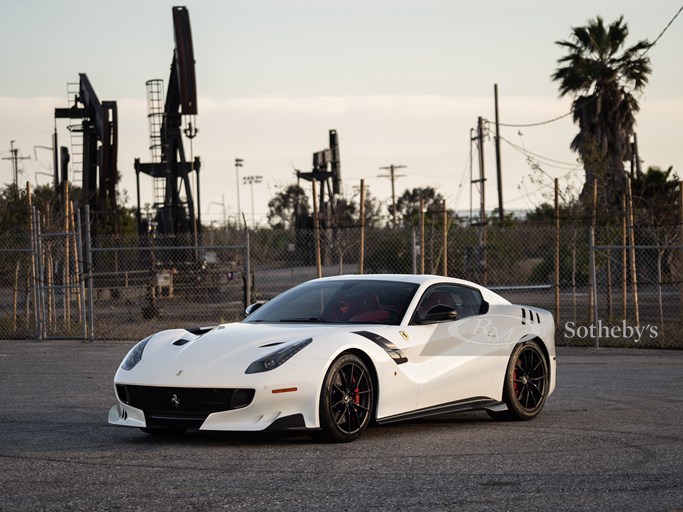 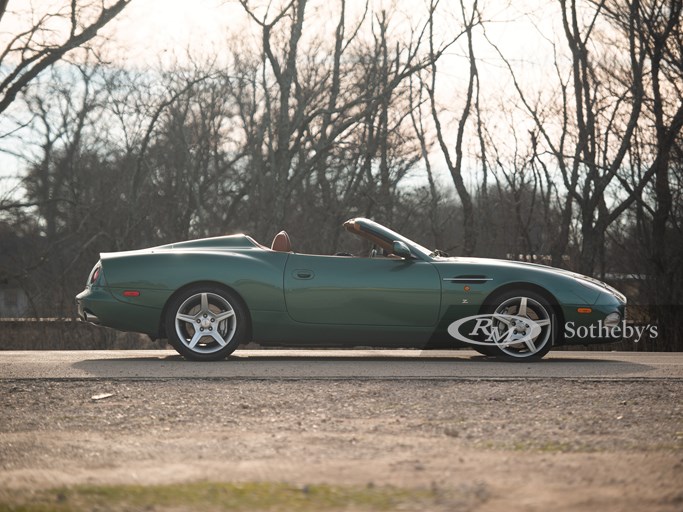 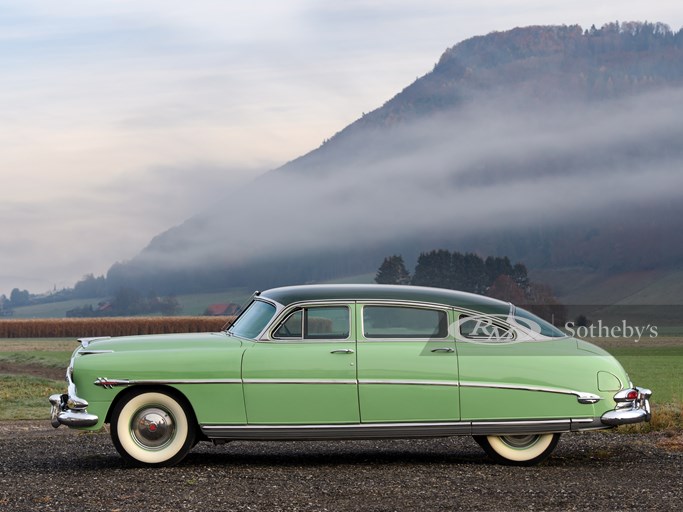 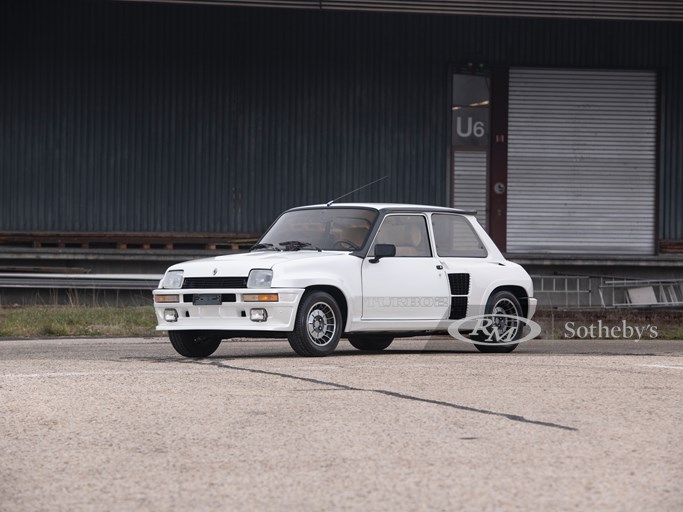 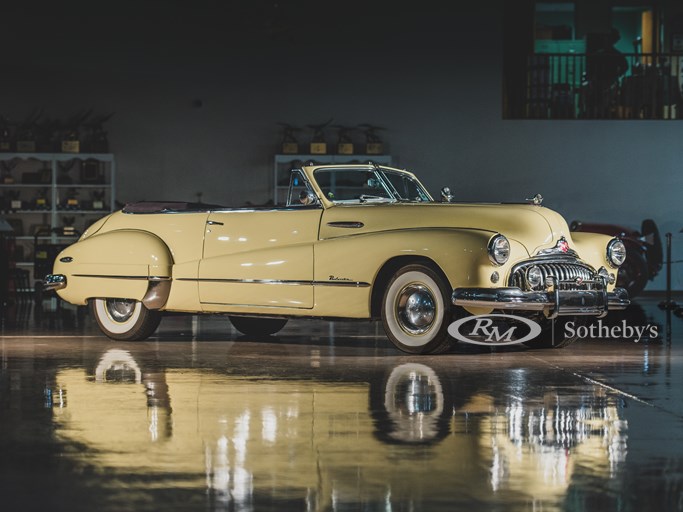 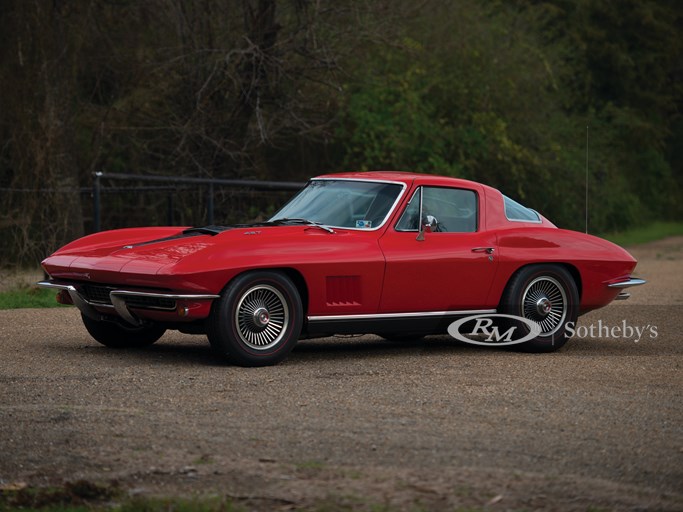 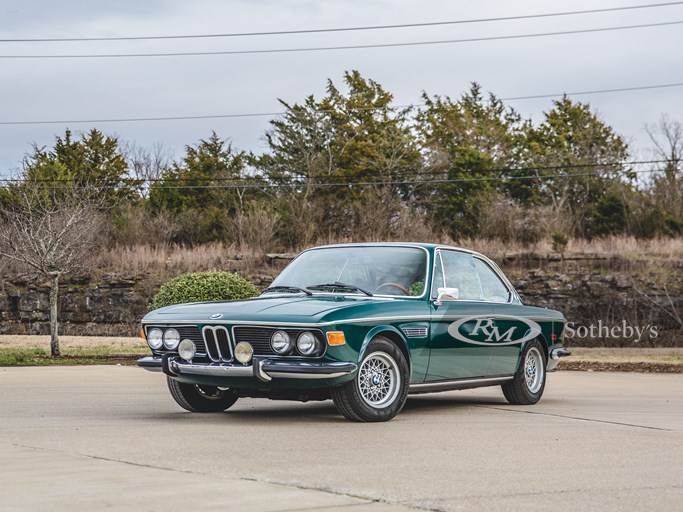 BLENHEIM, Ontario (14 March 2019) – RM Auctions will present six diverse private motor car collections at the company’s 17th annual Fort Lauderdale sale, South Florida’s premier collector car auction, set for 29-30 March at the Greater Fort Lauderdale/Broward County Convention Center. RM Auctions has also added to the previously announced lineup of modern performance and supercars, which includes a Ferrari LaFerrari and Koenigsegg CCX, with a 2017 Ferrari F12tdf, a fantastic example of what is without question the ultimate front-engine Ferrari supercar. Presented in essentially as-new condition, the F12tdf shows less than 900 miles from new and is finished in Bianco Avus over Rosso Ferrari leather with black inserts. A heavily optioned example, the F12tdf offers a luxurious grand touring experience for its next owner (Est. $925,000 - $1,100,000).

With an exceptional track record as the auction house of choice for the presentation of private collections at auction, RM Auctions has gathered single-owner collections for Fort Lauderdale from across the globe, comprised of a wide variety of motor cars ranging from modern collectibles, muscle, and hot rods to American and European pre- and post-war classics.

A group of 26 cars built by a keen collector eager to acquire his childhood favorites, the Retro Motors Collection is an eclectic mix of everything from a 1957 Cadillac Eldorado Brougham to a 1999 Lotus Esprit V8, and a selection of modern Ford Shelby Mustang models. The star of the collection, a 2003 Aston Martin DB AR1 Zagato, is the 12th of only 99 examples built and shows less than 2,100 miles from new. It is presented in the iconic Aston Martin Racing Green with Light Tan leather interior. It has been exceptionally maintained and presents as new in all respects (Est. $300,000-$350,000).

RM Auctions is also thrilled to present 12 classic American automobiles from a Private Swiss Collection at its Fort Lauderdale sale. Leading the group is a 1953 Hudson Hornet Sedan, formerly owned by Steve McQueen, at one time the world’s highest paid actor, racing driver, motoring enthusiast, and pop culture icon. Accompanied by the actual blue and yellow California license plates it wore during its tenure in McQueen’s collection, the car comes to auction fresh from long-term single ownership. The engine was rebuilt and has been treated to one high-quality repaint to the factory original color scheme (Est. $100,000-$200,000, offered without reserve).

Additional cars from the much-buzzed-about Youngtimer Collection are set for Fort Lauderdale. The Collection is comprised of more than 140 modern collectibles from the 1980s, 1990s and 2000s divided across four RM Sotheby’s Group sales in 2019 – Paris, Amelia Island, Fort Lauderdale and the company’s inaugural Essen, Germany sale. Following record-setting success in Paris and Amelia Island, an offering of 19 cars is headed to Fort Lauderdale, led by a 2002 Bentley Continental R Le Mans Series, built in celebration of Bentley’s return to the 24 Hours of Le Mans, the world’s oldest active sports car race in endurance racing, after 71 years. Presented in a Silver Pearl finish with leather interior, the Continental R Le Mans is one of only 21 produced in 2002 and shows only 13,000 miles on the odometer (Estimate: $120,000-$140,000). Joining the Bentley is a 1984 Renault 5 Turbo 2, a wonderful example of one of the most sought-after rally cars of the 1980s. Finished in Pearl White with honey cloth upholstery, the Renault comes to auction optioned with power and tinted windows and accompanied by a Renault Certificate of Authenticity (Est. $80,000-$110,000).

Boasting an assortment of post-war Americana, an additional 18 vehicles from the Richard L. Burdick Collection will cross the podium at RM Auctions’ Fort Lauderdale sale. Leading the group is a highly desirable first year of the tri-five Chevrolet, a 1955 Chevrolet Bel Air Convertible, presented in factory Onyx Black with two-tone Red and Beige interior (Est. $75,000-$90,000, offered without reserve). Joining the Bel Air is a 1948 Buick Roadmaster Convertible powered by Buick's 'Fireball' inline eight-cylinder engine and featuring a host of options (Est. $65,000-$85,000, offered without reserve).

A centerpiece in the 11-car Private Texas Collection, the 1967 Chevrolet Corvette Sting Ray 427/435 Coupe comes to Fort Lauderdale restored to a high standard and featuring power brakes, redline tires mounted on aluminum bolt-on wheels and an interior clock and AM/FM radio (Est. $175,000-$225,000, offered without reserve). A 1964 Jaguar E-Type Series 1 3.8-Litre Roadster is another highlight of the collection, beautifully restored and finished in British Racing Green over tan leather (Est. $90,000-$120,000, offered without reserve).

Hailing from Belle Meade, Tennessee, this group of 11 cars spans the spectrum of the market, from American muscle and road-going legends to Europe’s finest grand touring automobiles and iconic movie-star shapes like the 1981 DeLorean DMC-12. Highlights include a 1973 BMW 3.0 CSi Coupe, recently restored to like-new condition, finished in its original color over black leather interior and equipped with a host of options (Est. $80,000-$90,000), alongside a 1967 Shelby GT500, one of 2,044 GT500s produced for the model year, with recorded history in the SAAC Registry, and finished in Brittany Blue with White Le Mans stripes (Est. $105,000-$125,000).

For further information on RM Auctions Fort Lauderdale auction, to register to bid, and to view the digital preview catalogue, please visit rmsothebys.com or call +1 519 352 4575 to speak with a car specialist.