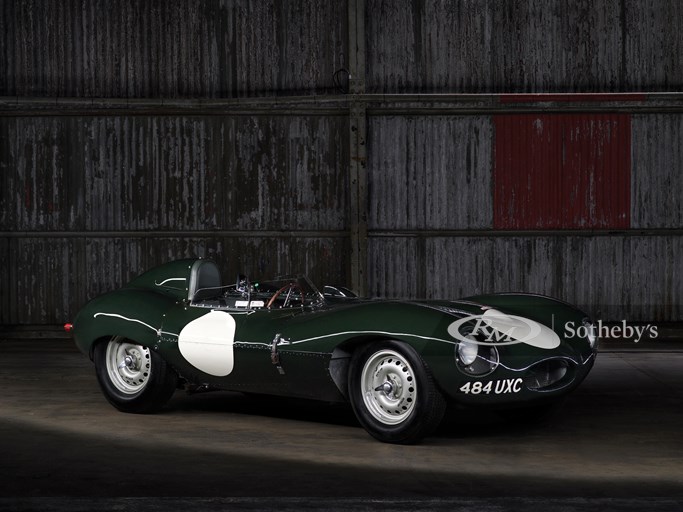 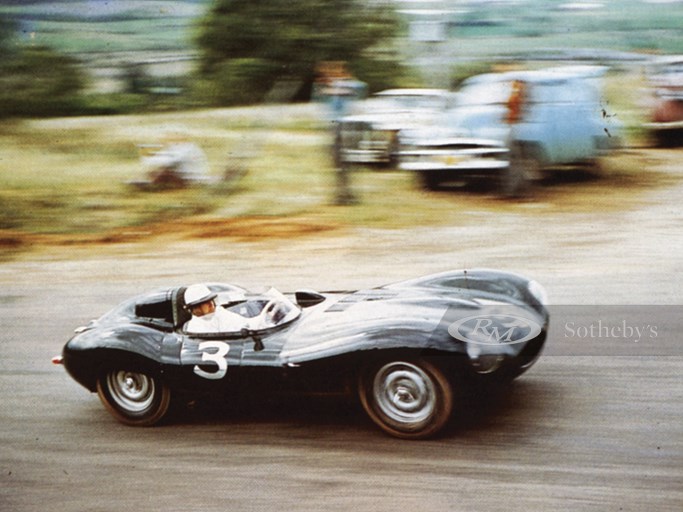 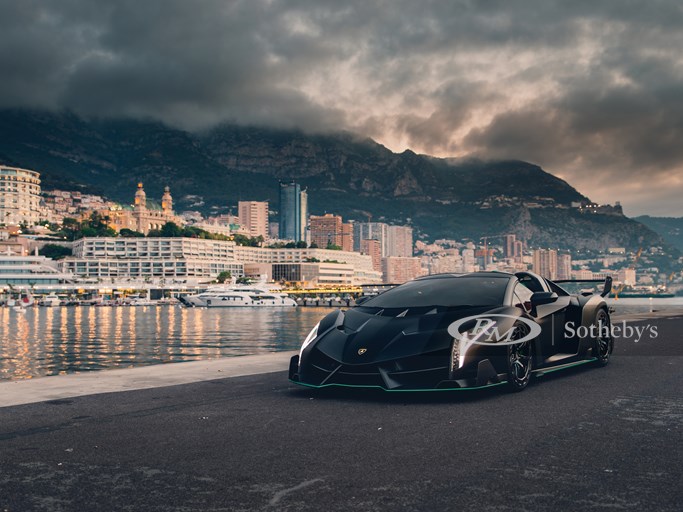 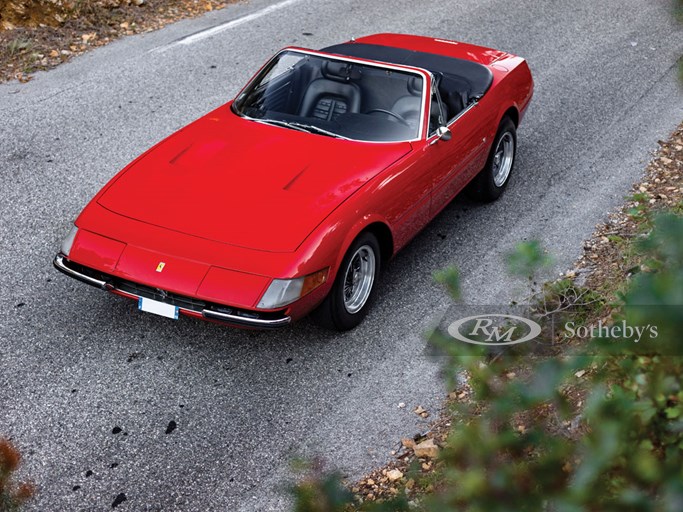 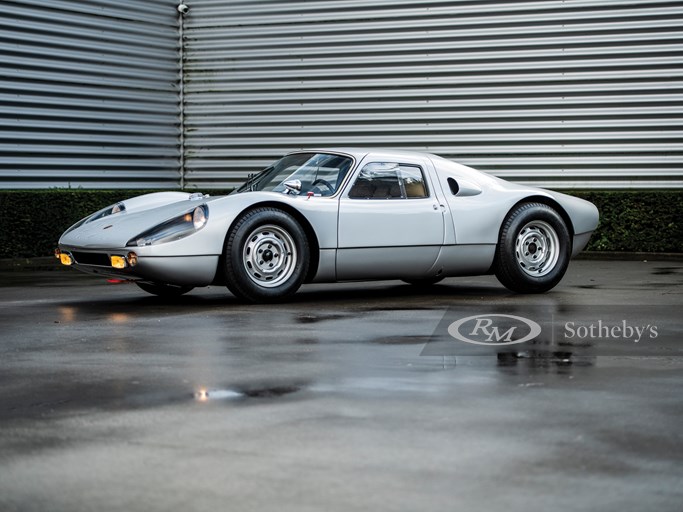 LONDON (10 January 2020) – RM Sotheby’s is delighted to release the complete catalogue for the auction house’s seventh annual Paris sale, set for 5 February and returning to its highly popular Place Vauban location. Hosted during the world-famous Rétromobile week, final entries for the sale are led by a spectacular and historic Jaguar D-Type, the seventh customer model produced. Also newly announced for the auction in the French capital are a Lamborghini Veneno Roadster, one of just nine made, an iconic Ferrari 365 GTS/4-A Daytona Spider with, remarkably, less than 28,000km from new, and a stunning matching-numbers Porsche 904 GTS. These highly desirable cars will go under the hammer in Paris alongside the 75 exciting cars and selection of memorabilia already announced.

The 1955 Jaguar D-Type, one of the most desirable sports racing cars of all time, is chassis number XKD 520, which boasts period competition history and still presents in highly original condition. This particular car is the seventh D-Type ever produced for private customers. Delivered new to four-time Australian Drivers’ Champion Bib Stillwell in Melbourne in January 1956,the car was used extensively by Stillwell on local circuits and was briefly prepared for a run at a land-speed record before returning to sports car class competition, winning the Bathurst Road Racing Championship in 1956. The car changed hands during the ‘50s and ‘60s, undergoing sympathetic restoration and upgrades along the way – including the installation of a factory-supplied, 3.8-litre engine for prolonged competition use – before being bought by Australian marque expert Chris Keith-Lucas in 1977. The D-Type’s current owner acquired the car in 2014 and now makes this fabulous and rare car available to the most discerning international collectors in Paris (Est. €5.900.000 – €6.400.000).

Another exclusive car for sale in Paris is a 2015 Lamborghini Veneno Roadster, one of just nine examples ever built and rarely appearing at auction. This car has covered only 450km from new, having been retained by two owners including a member of the Saudi Arabian royal family, and is sold virtually as-new throughout. Perhaps the most outlandish automobile ever produced from a company built on the reputation of wild designs, the Veneno caused a fanfare when it was unveiled with its striking looks and a design so centric on carbon fibre construction. Set to be a future classic and undoubtedly one of Lamborghini’s most desirable models ever built, the Veneno Roadster would be the centerpiece of any collection of 21st-century hypercars (Est. €4.500.000 – €5.500.000).

The 1972 Ferrari 365 GTS/4-A Daytona Spider by Scaglietti is not only rare but the model also has to be one of the most iconic sports cars of the 1970s. The Ferrari Classiche certified car on offer is one of only 19 original left-hand drive European-specification models and was previously owned and restored by Ferrari collector Luigi Calvasina and has covered less than 28,000 from new (Est. €2.400.000 – €2.600.000). Making up a compelling four-strong selection of final catalogue entries is a fully matching-numbers 1964 Porsche 904 GTS, a stunning two-seat dual-purpose sports car retaining its original engine and gearbox. A fantastic example of the first Porsche to wear a lightweight fibre-glass bodyshell, chassis no. 904-061 landed with noted French driver Raymond Touroul in 1969, who raced the car in a handful of events in period, including the Tour de France and the Coupes de Vitesse at Montlhéry. In the 2000s, under the ownership of collector Alain Salat, the 904 was fitted with a period-correct Type 906 Carrera 6 engine to preserve the original powerplant, which has since been restored to its former glory and is offered alongside the car in Paris. Offered from 12 years of single-ownership, the 904 is presented with its FIA Historic Technical Passport, a significant history file, and showing just 24,000 km – which are believed to be original. Surely one of the most original 904 examples RM Sotheby’s has had the privilege of offering, the car is ready for vintage events with its Type 906 engine, or to be returned to factory original specification (Est. €1.600.000 – €1.800.000).

“The line-up of cars we have for sale in Paris is extremely significant, further strengthening the annual auction’s position as one of the foremost European sales. We are truly excited to bring this diverse representation of automotive history to market, with each and every consignment coming with its own story,” said Augustin Sabatié-Garat, European Auction Manager, RM Sotheby’s. “The Jaguar D-Type comes with a fascinating history, while the Lamborghini Veneno Roadster is incredible in its own right. In addition to the Daytona Spider and Porsche 904 also newly added, these complement a fine showing of cars already consigned to this year’s Paris catalogue.”

Cars already announced to go under the hammer in Paris include the single-owner Dayez Collection, a grouping of three rare Delahaye models including Cabriolet, Coach and Roadster versions of the 135 model, plus a lot made up solely of hard-to-find Delahaye spare parts. Additional single-owner groups on offer include the Poster Car Collection, comprised of 21 desirable cars and named for the iconic designs of each vehicle, including an immaculate BMW 507, Bentley R-Type Continental and one of the first Mercedes-Benz 300 SL Gullwing models privately delivered to Europe; along with 11 modern classics from the Youngtimer Collection

For further information on RM Sotheby’s Paris auction or to view the complete digital catalogue, please visit rmsothebys.com or call +44 (0) 20 7851 7070 to speak with a car specialist.