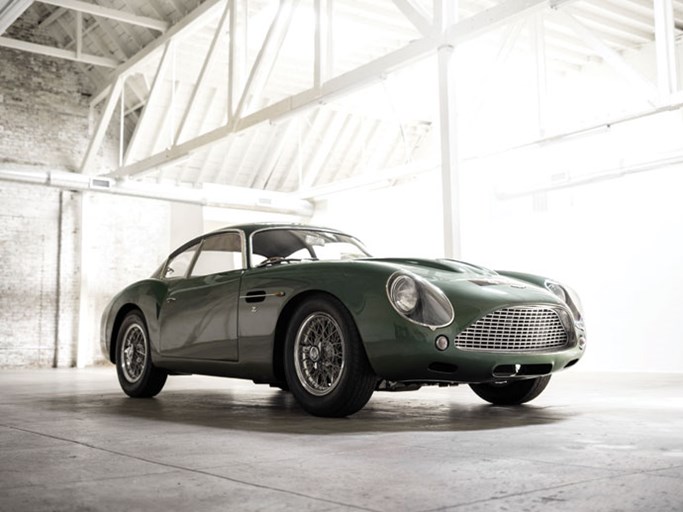 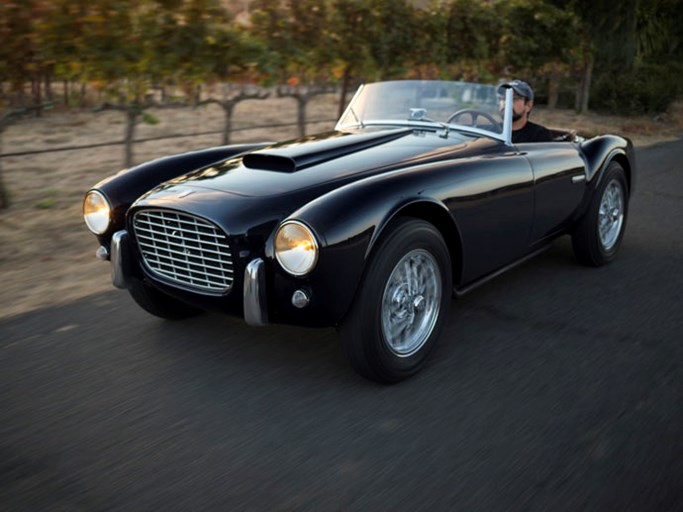 NEW YORK, New York (8 October, 2015) – When aficionados are asked to name their top five most beautiful and desirable cars of all time, the legendary Aston Martin DB4GT Zagato will always feature in those lists. Unquestionably the most valuable and coveted road-going Aston Martin ever built, the heady mix of Aston Martin’s accomplished and powerful DB4 clothed in Zagato’s extraordinarily beautiful lightweight aluminum bodywork, makes those nineteen cars constructed amongst the most desirable on the planet.

“Nevermind being the greatest Aston of all time, this is one of the greatest GT cars ever produced,” says Rob Myers, Chairman and Founder, RM Sotheby’s. “To many, it is more beautiful than the stunning Ferrari 250 SWB but it is also vastly rarer. To my mind, the DB4GT Zagato begs closer comparison to the iconic Ferrari 250 GTO, although far fewer Zagatos were built than even that. It is an absolute jewel of a car and truly an opportunity that presents itself once in a generation.”

Chassis no. DB4GT/0186/R is the only example delivered new to Australia having been completed in 1961. Purchased by businessman Laurie O’Neil, the car was raced extensively in the 1962 season and enjoyed numerous victories and podium successes in the hands of Doug Whitehead, including victory in the South Pacific GT Championship and 4th-overall in the Sports Car Championship on the same day. The car remained in Australia for the next 30 years with only two subsequent owners.

Returning to England in 1993, the car boasts known history from new and has been seen at events such as the Goodwood Festival of Speed and Revival. After a two-year, concours standard restoration in 2002 undertaken between Richard S. Williams in England and Carrozzeria Zagato’s own facilities in Italy, the car has been awarded numerous accolades at events such as the Louis Vuitton Concours, Villa d’Este, Pebble Beach and the Quail (Estimate available upon request).

The New York sale also lifts the gavel on a 1954 Siata 208S Spider, chassis no. BS 535. The Siata 208S of the mid-1950s represented a milestone in automotive concept and practice, combining cutting-edge engineering, while displaying breathtaking coachwork in a svelte package designed by Michelotti. Meanwhile in the competition world, the model caused a marked disruption to the SCCA establishment with its winning combination of V-8 power in a lightweight body and chassis. BS 535 is arguably the finest of the breed.

The last known built of approximately 35 Motto-bodied examples and powered by Fiat’s legendary Tipo 104 aluminum V-8, BS 535 was delivered in 1954 to an Italian enthusiast who imported it to the United States the following year. In the spring of 1956, the beautiful Spider was sold to Fred Celce of Massachusetts, a U.S. Air Force pilot who flew F-100 Super Sabre jets from bases around the world. After 12 years with Celce, the car passed through a well-documented chain of owners, including a period of 27 years in single ownership prior to purchase by its current custodian.

The recipient of a stunning restoration by marque specialists to original factory specifications completed in 2011, BS 535 has recently been awarded top accolades at some of the world’s most prestigious concours events, including Pebble Beach, Villa d’Este, Amelia Island, and the Kuwait Concours d'Elegance. Remarkably well-documented, it comes to auction with its original matching-numbers engine and is accompanied by an extensive history file (Est. $1,500,000 - $1,900,000).

Don Rose, car specialist, RM Sotheby’s,comments, “The 208S took the American sports car racing community by storm during the 1950s, proving highly competitive against the brute force competition. No less an aficionado of the finest and the fastest sports cars available, Steve McQueen raced a 208S, notably calling it ‘my little Ferrari.’ No better endorsement is necessary in my book."

Rose adds, "Perfectly matched to the sale's theme, it is ready to be displayed and appreciated for its aesthetic perfection and historical significance, or enjoyed for the more visceral qualities of the Fiat V-8’s torquey acceleration and it's famously athletic chassis."

Additional recently secured entries for Driven by Disruption include:

RM Sotheby's Driven by Disruption sale will be held December 10 at Sotheby's New York and feature a carefully curated selection of some 30 creatively-styled and pioneering motor cars, along with select automobilia. Each of the auction vehicles will be handpicked by RM specialists to showcase the extremes of motoring history and the molds that were broken by engineers and designers in pushing the automotive envelope.  As a prelude to the auction, an exclusive six-day exhibition will open over the weekend of December 5 in Sotheby’s 10th floor galleries.

For further information, or to view a frequently updated list of entries, please visit www.rmsothebys.com or call +1 519 352 4575.