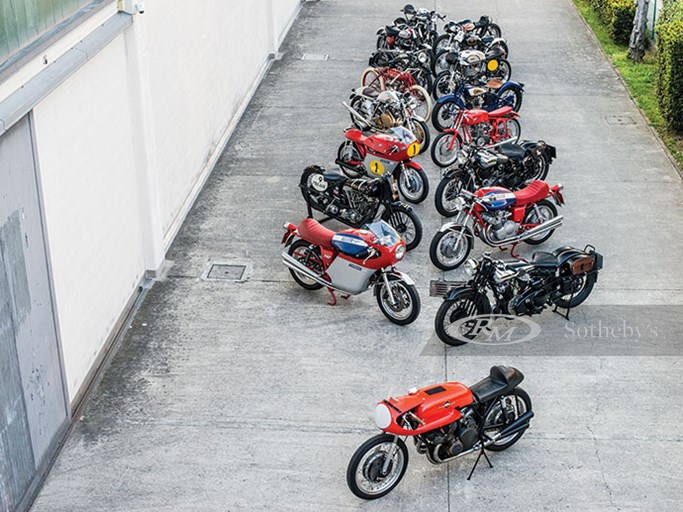 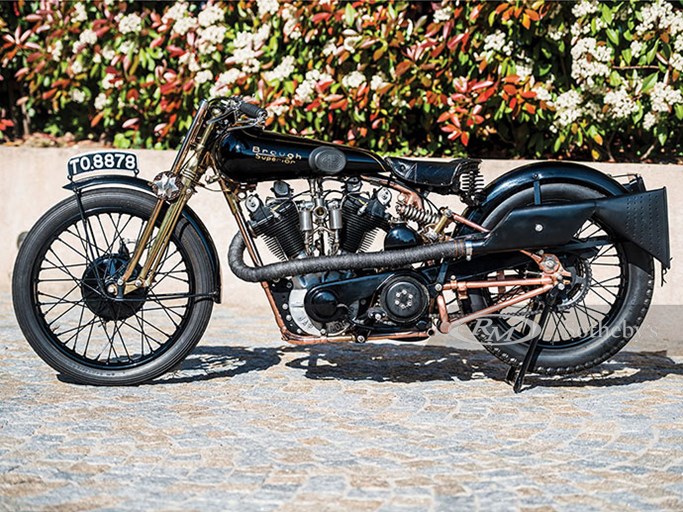 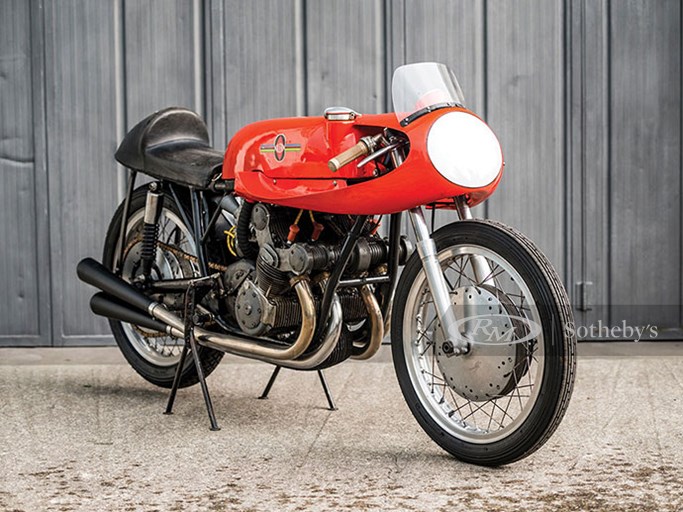 LONDON (20 April, 2017) – RM Sotheby’s, the official auction house of the Concorso d’Eleganza Villa d’Este, is delighted to announce that it will present a single-owner collection of fine motorcycles, comprising some of the most significant machines ever made, at its exclusive Villa Erba sale, 27 May, on the shores of Lake Como, Italy. Dubbed ‘Moto-Icons: From Café Racer to the Superbike’, the collection of 20 bikes comprises some of the world’s most iconic two-wheeled machines, including a selection of concours-condition and race-winning motorcycles from the past 100 years.

The group is headlined by the historic 1928 Brough Superior SS100 “Moby Dick”, which leads a series of five bikes from the famed British manufacturer—examples of which are commonly referred to as the ‘Rolls-Royces of motorcycles’. Equipped with a 1140 cc engine, specially tuned by George Brough and JAP, the “Moby Dick” was labelled by Motor Cycling Magazine in 1931 as the “fastest privately owned machine in the world”, a title earned by clocking 115mph in top gear. Easily the crown jewel of any collection, a more unique and historic road bike would be hard to find (Est. €500.000-€700.000). Additional notable highlights from the  British marque set for RM’s Villa Erba podium include a 1936 Brough Superior SS100, one of 102 SS100s built with the Matchless engine and presented in excellent mechanical condition (Est. €180.000-€250.000); a superb, concours-quality 1938 Brough Superior SS80 De Luxe (Est. €100.000-€150.000); and an earlier, V-Twin powered 1933 Brough Superior SS80 De Luxe, bought from  Brough Superior owner and CEO, Mark Upham (Est. €120.000-€180.000). The group of stunning British bikes is completed by the 2011 Brough Superior SS100 750 “Baby Pendine”, which set a new record in both miles and kilometres at the 2013 Bonneville Speed Trials. One private owner from new, it comes to market in its record-breaking specification (Est. €100.000-€150.000).

In addition to “Moby Dick”, the ex-Scuderia Duke 1957 Gilera 500 ‘4-Cilindri’ is also vying for top motorcycle billing at the RM sale. The last of 15 racing 500 GPs made by Gilera, this ‘4-Cilindri’ example was raced by Derek Minter, John Hartle and Phil Read in period. Regarded by many to be the ‘sweet spot’ of the Gilera Four iterations, which underwent many re-designs throughout its production, it’s very unusual for a model of this rarity to be offered for public sale, presenting an exciting ownership opportunity for collectors. It comes to auction in very original condition (Est. €380.000-€450.000).

Moto-Icons is without question one of the finest motorcycle collections ever offered at auction. It’s both a great privilege and thrill for our team to present some of the most coveted American, British and Italian bikes from one set, in one place, at one auction,” says Augustin Sabatié-Garat, RM Sotheby’s.

“From the incredible selection of Brough Superiors, led by “Moby Dick”, to some of the best Italian sports and race bikes, highlighted by the Gilera ‘Four’ and other important machines such as Egli-Vincent, the group certainly provides a unique and exciting opportunity for collectors. We can’t wait to bring the collection to market next month and look forward to welcoming enthusiasts to Villa Erba, where they can also take in the fantastic motorcycle concours.”

The Moto-Icons: From Café Racer to the Superbike collection is a terrific fit with the Concorso d’Eleganza Villa d’Este weekend, which also includes a motorcycle concours, being staged for its seventh year. In addition to showcasing five different classes, this year’s motorcycle concours will feature a special exhibition titled ‘Youth Dreams – Sporting 50cc in Italy in the 1960s/70s.’