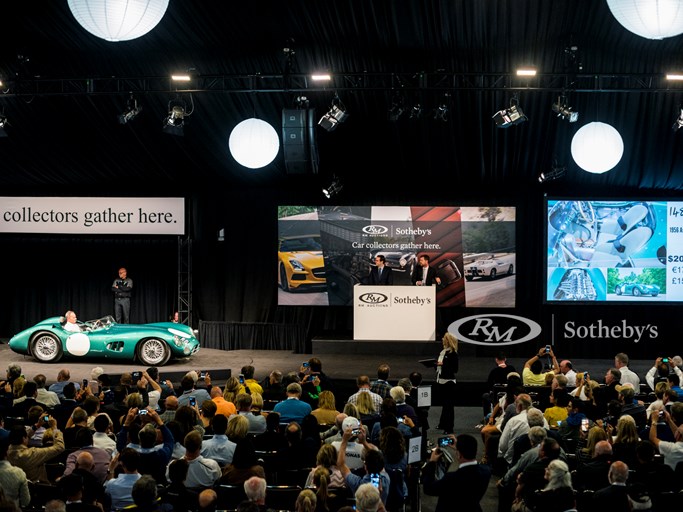 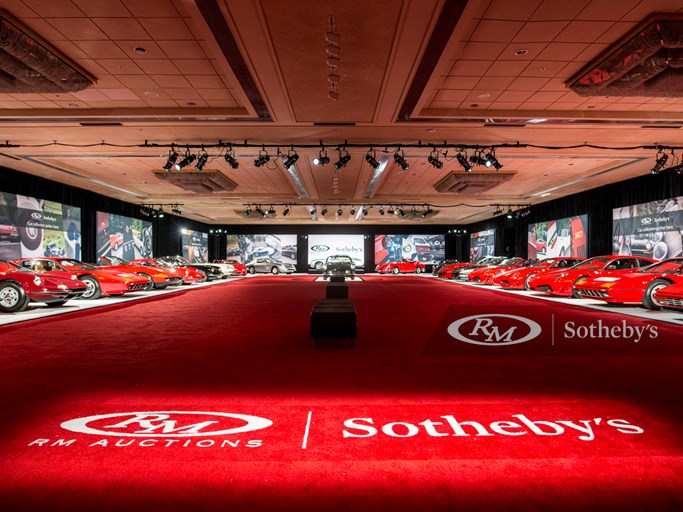 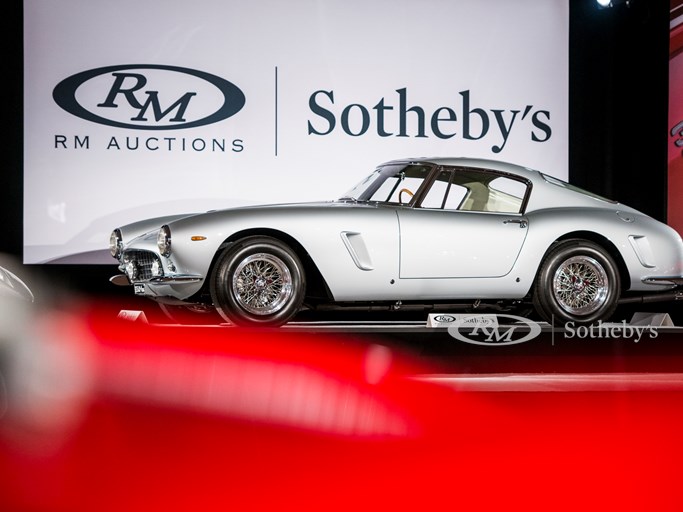 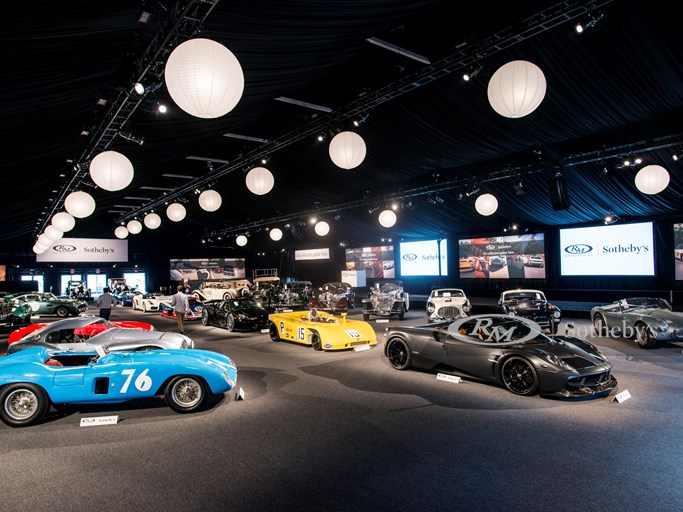 MONTEREY, CALIFORNIA (21 AUGUST, 2017) – RM Sotheby’s celebrated one of its most successful results to date this past weekend at its flagship Monterey sale (18-19 August), generating nearly $133 million ($132,993,810) with an impressive 88 percent of all lots sold across the two-evening auction. The total was led by 32 individual million-dollar-plus results, numerous record-breaking prices, and represents a 12 percent increase over the same sale in 2016.

The event was highlighted by the top sale on the Monterey Peninsula this year. The legendary 1956 Aston Martin DBR1, chassis no. 1 (DBR1/1) achieved $22,550,000 on Friday evening (est. in excess of $20,000,000) following a competition between two bidders on the phone, setting a world record not only for an Aston Martin, but for any British automobile at auction. The most correct example of what is arguably the most important Aston Martin ever produced, DBR1/1 carries a racing history that includes overall victory at the 1959 Nürburgring 1000 KM as well as the greatest names in motorsport, from Carroll Shelby to Jack Brabham, Roy Salvadori, and Sir Stirling Moss.

"Our 2017 Monterey auction represented an outstanding success on many levels and spoke to the overall confidence of the market,” said Gord Duff, Global Head of Auctions for RM Sotheby’s following the sale. “We saw strong prices on rare historic cars of exceptional quality, while certain areas of the modern performance market continued to trend upwards. The sustained focus and interest in late model, low-mileage supercars and hypercars from our clients made for exciting competition at the auction, while the offering of fresh-to-market blue chip classics and post-war sports and racing cars clearly underpin the resilience of the hobby as a whole.”

The second evening of RM Sotheby’s flagship auction saw nearly all lots sold, with several exceeding pre-sale expectations. The night was led by all things Ferrari, including the Ferrari Performance Collection, a single-owner group of 13 beautifully maintained iconic road-going examples offered entirely without reserve, which brought a total of more than $16.5 million. Spanning over 50 years of the marque’s rich heritage, the collection and the night was led by a Classiche-certified and Platinum Award-winning 1961 Ferrari 250 GT SWB Berlinetta which sold for a final $8,305,000 after an extended bidding contest. Further highlights from the collection included a 1967 275 GTB/4, which sold for $3,025,000, while a 1991 F40 exceeded the estimate of $1.3/1.5 m to fetch $1,540,000.

Duff adds, “Saturday’s near 100 percent sell through capped off a record-breaking Friday evening, it was standing-room-only from start to finish, and from watches to jewelry to cars, RM Sotheby’s Monterey auction was a resounding confirmation of the classic car market being alive, well and as evidenced by the crowds, very, very popular. We look forward to returning to the Portola Hotel & Spa and Monterey Conference Center in 2018, where we’re sure to best our incredible presentation in the newly renovated venue.”

A list of all million-dollar-plus sales and records achieved will be available on the RM Sotheby’s Media Center.

On Sunday’s show field, RM Auto Restoration also found reason to celebrate, once again bringing home awards for each of the cars the team presented at the Pebble Beach Concours d’Elegance (20 August). The 1939 Bugatti Type 57C Roadster by Voll & Ruhrbeck from the Patterson Collection, the 1927 Isotta Fraschini Fleetwood Roadster “Rudi’s Ride” owned by Judge Joseph and Margie Cassini, and the 1932 Packard Twin Six Custom Dietrich Victoria owned by Chip Connor each won Best in Class, with the latter also winning the Most Elegant Convertible trophy and named runner up for Best of Show. The 1939 Packard Super Eight Darrin Victoria owned by Leon Flagg as well as the 1931 Stearns-Knight Convertible Coupe owned by Brent Merrill also achieved Third in Class awards.

RM Sotheby’s continues its busy fall calendar with the company’s 11th annual London sale, set for 6 September at Battersea Evolution. The official auction of the Concours of Elegance, the London event is led by an incredible lineup of Porsche’s finest 911 models. View all cars on offer in the complete digital catalogue, now available at www.rmsothebys.com. The London auction is closely by Ferrari – Leggenda e Passione, RM Sotheby’s momentous single-marque sale held in partnership with Ferrari on 9 September. Held at the Ferrari Factory in Maranello during the legendary brand’s 70th anniversary celebrations, the sale will feature 40 the greatest sports, GT and racing Ferraris ever built. Stay tuned for the digital catalogue, available on our website later this week.

2. Results include select transactions that occurred immediately following the sale.

3.The previous auction record for a British automobile at auction was $21.78 million for the 1955 Jaguar D-Type sold at RM Sotheby’s 2016 Monterey sale.