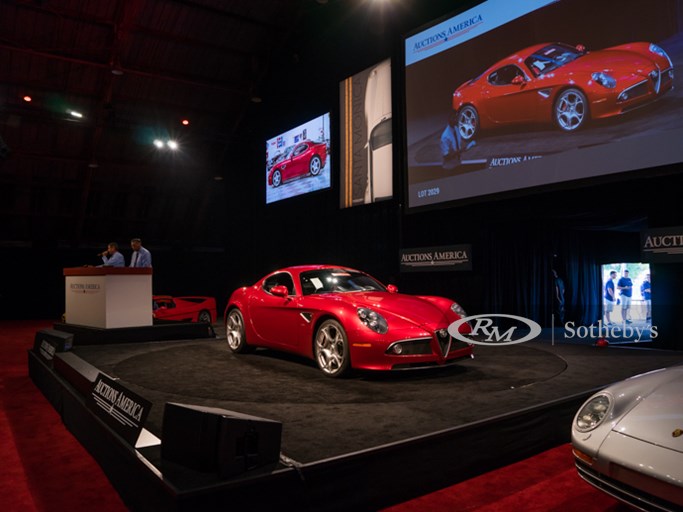 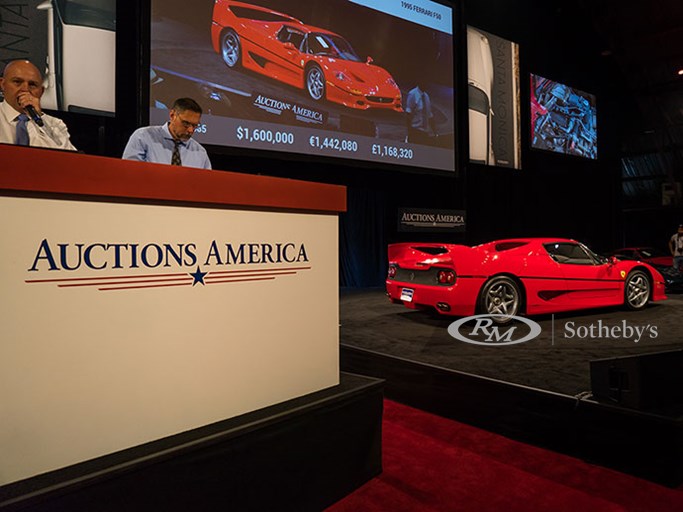 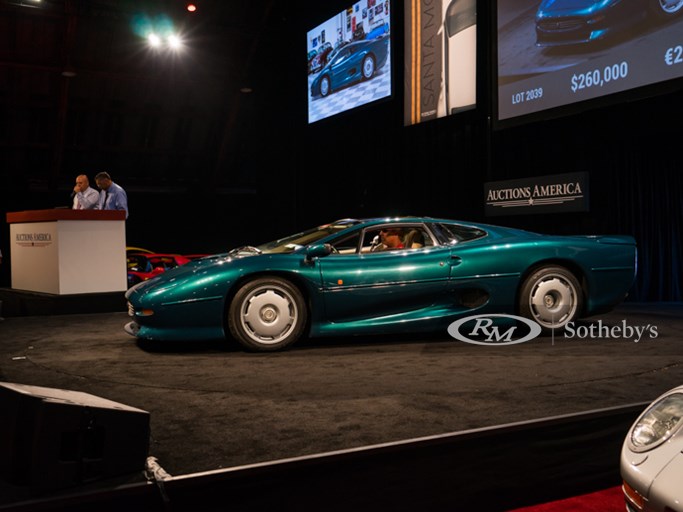 CULVER CITY, California (June 27, 2016) – Large crowds and spirited bidding led to a strong $14.2 million in sales at Auctions America’s Santa Monica event on the weekend (June 25-26), as the Indiana-headquartered auction house continued to put its stamp on the competitive Southern California auction scene. In just three years, the Auctions America sale has emerged as a new highlight on the SoCal collector car calendar—a fact that was reaffirmed again this past weekend with a record number of bidders vying for the event’s 281 vehicles and select automobilia. Reflecting the broad appeal of the offering together with the company’s strong international reach, bidders hailed from 16 countries as well as 39 states across the U.S.

“We’re very pleased with both the results achieved and the strong attendance enjoyed at our Santa Monica sale on the weekend. The fact that bidder registrations increased almost 30 percent on last year, and 50 percent of bidders represented first-time clients to Auctions America, speaks to both the quality and diversity of this year’s offering, as well as our team’s extensive marketing efforts,” says Ian Kelleher, Managing Director, Auctions America’s West Coast Division.

“In addition to a packed sale room across both days, we welcomed a record volume of telephone bidders over the weekend, which triggered multiple spirited bidding contests. The response to the Riverside International Automotive Museum offering in particular was extremely positive, with numerous lots exceeding expectations. We look forward to continuing the momentum when the second part of the collection is offered by our sister company, RM Sotheby’s, in Monterey this August.”

Top sales honors of the weekend went to the event’s catalog cover car, a 1995 Ferrari F50, which roared onto the auction stage before a packed house during Saturday’s sale session. Sparkling under the auction lights, the Rossa Corsa F50—one of only 55 U.S.-specification examples built—achieved a strong $1,952,500 to claim not only the top sale of the weekend, but rank as the most valuable car sold in Auctions America’s history. Another modern supercar attracting strong interest during Saturday’s sale session was the highly original 1989 Porsche 959 ‘Komfort’; just two owners and 7,500 km from new, it passed on to its third owner for $1.25 million.

Sunday’s sale session was headlined by the presentation of select vehicles from Southern California’s renowned Riverside International Automotive Museum (RIAM). Founded by racing enthusiasts Ray and Doug Magnon in 2006, the museum was dedicated to preserving and displaying California’s rich motor sports heritage, as well as home to one of the largest and most comprehensive collections of Maserati road cars in the United States. Following Doug Magnon’s passing last year, some 34 vehicles from the collection were offered ‘without reserve’ at the Santa Monica sale. A definite highlight of the weekend, the collection spurred a number of highly competitive battles between collectors in the room and those on the phones, with strong results posted across all categories, including for the select project cars. The group was led by the 1994 Jaguar XJ 220, a substantially original example of Britain’s most iconic supercar, which garnered an above-estimate $357,500, while the limited-edition 2008 Alfa Romeo 8C Competizione, showing just 3,300 miles, also exceeded expectations at $319,000. Among other notable sales, the well-optioned 2006 Ford GT, finished in metallic grey and only 1,900 miles from new, garnered $305,250, while the 1967 Maserati Mistral 4000 Coupe, one of 14 Maseratis presented from the collection, achieved $181,500 against a pre-sale estimate of $110,000 - $140,000.

Auctions America continues its summer calendar of events with its annual Auburn Fall Collector Car Weekend, August 31 – September 4 at the historic Auburn Auction Park in Indiana. A Labor Day tradition spanning over 45 years, the multi-day event will lift the gavel on some 900 collector cars and assorted automobilia. For further information or to discuss consignment opportunities, please visit www.auctionsamerica.com or call 877.906.2437 (or +1 260.927.9797 outside North America).

*Results are listed in USD, are inclusive of 10 percent buyer’s premium for automobiles and 15 percent for all other lots, and include post-auction private sales.

Formed in July 2010, Auctions America specializes in the sale of American Classics, European sports cars, Detroit muscle, hot rods and customs. Headquartered at the historic Auburn Auction Park in Indiana, Auctions America boasts an expert team of full-time vehicle specialists, who offer more than 150 years’ combined experience buying, selling, racing and restoring collector vehicles, making them uniquely qualified to advise on all aspects of the hobby. The company’s established roster of annual events are held in some of the country’s leading automotive destinations including Auburn, Indiana; Fort Lauderdale, Florida; Santa Monica, California; and Hilton Head Island, South Carolina. To learn more about Auctions America, visit www.auctionsamerica.com, find us on Facebook or follow us on Twitter @auctionsamerica.