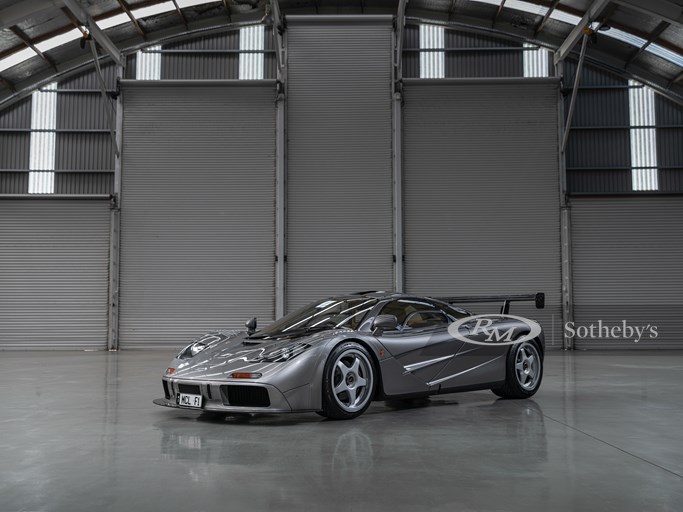 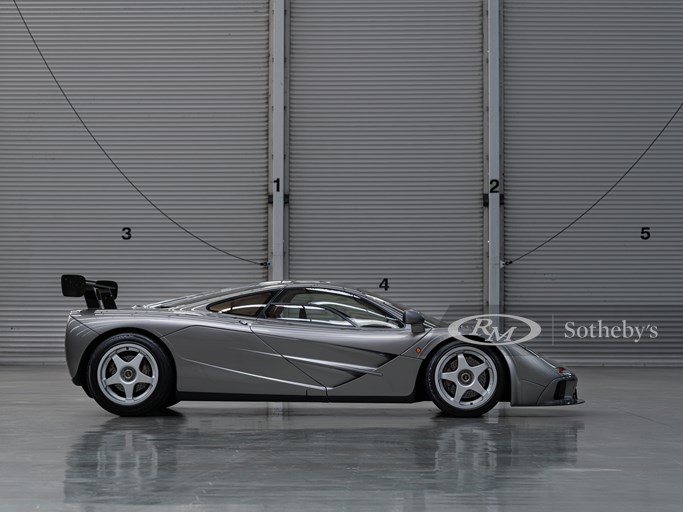 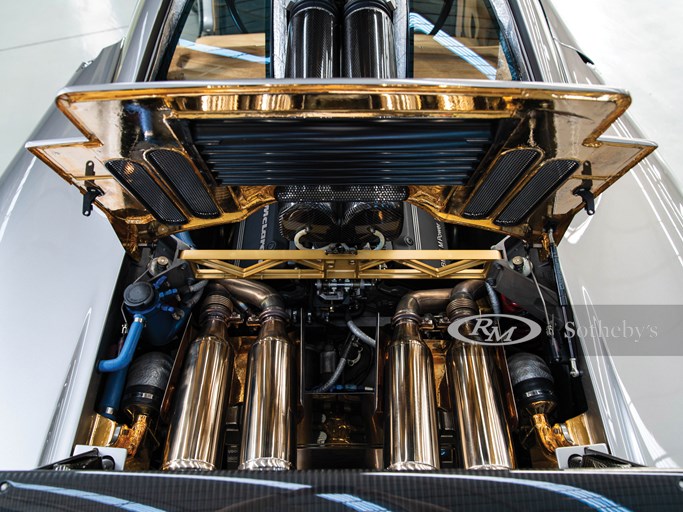 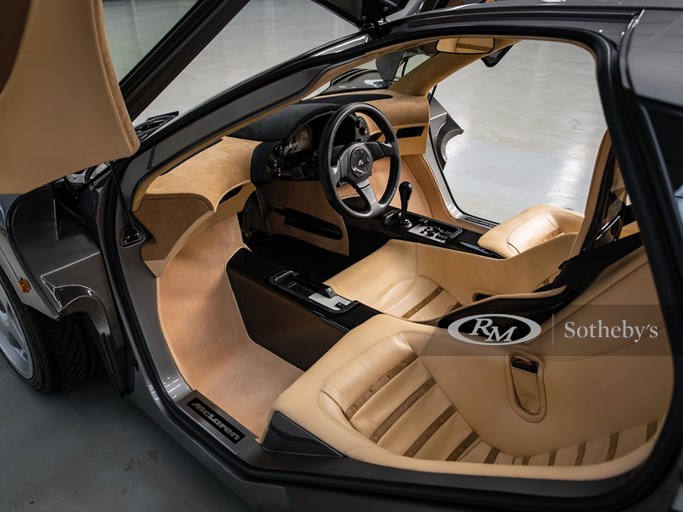 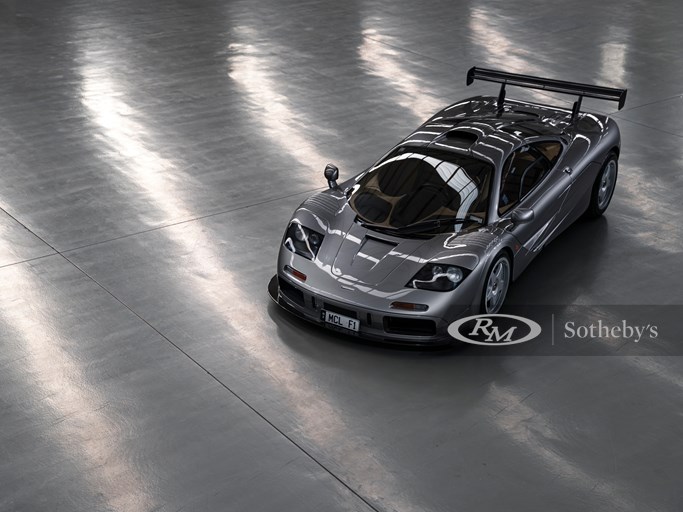 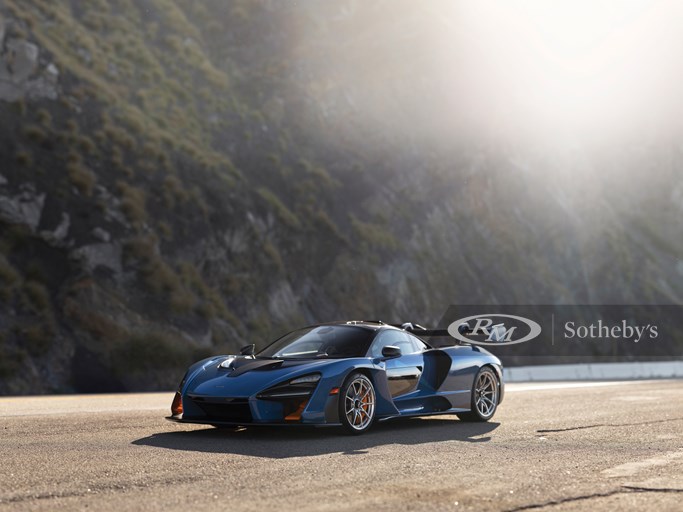 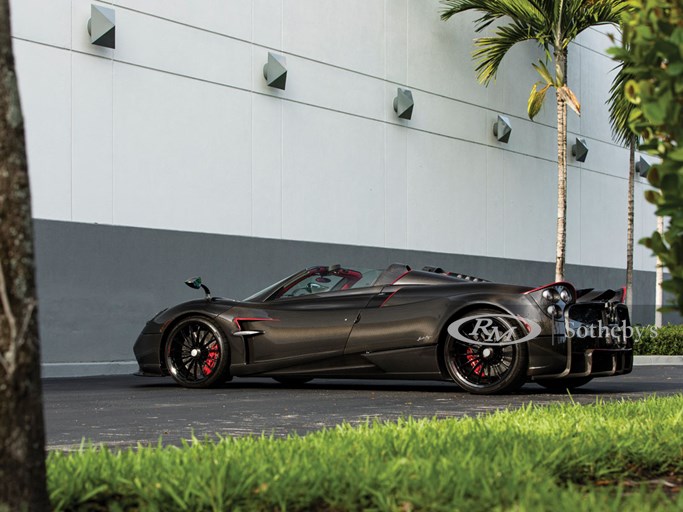 ONE OF JUST TWO UPGRADED TO LE MANS SPECIFICATIONS BY MCLAREN

ONE OF THE MOST DEVELOPED AND WELL-APPOINTED EXAMPLES IN EXISTENCE

The McLaren F1 is that rare supercar that knows no critic. From its aesthetics, technical merit, and competition record, the model is nothing short of perfect in the eyes of collectors around the world. McLaren built just 64 production examples of the F1 road car, and they have enjoyed favored ownership among the world’s most discriminating collectors, celebrated as a design that is particularly rewarding to drive.

Developed initially solely as a road car, McLaren was encouraged to go racing by enthusiastic F1 owners. Following the F1 GTR’s incredible success on the track at Le Mans and beyond, the manufacturer launched a short batch of five commemorative road-capable cars dubbed the F1 LM. Most notably, these cars were equipped with full-specification, unrestricted GTR racing engines good for 680hp, and a High-Downforce Kit of aerodynamic effects consisting of a revised nose with front fender vents and a huge rear wing. These five cars were rightfully judged to be the most ferocious and desirable of the F1 iterations.

Following completion of the full production run in 1998, McLaren upgraded two “standard” F1 road car examples to LM specifications, also adding an extra high-downforce package that went above and beyond the coachwork effects of the original five LM cars. These two upgraded cars were serial no. 073, which RM Sotheby’s had the honor of selling, and serial no. 018, the car set to headline Friday night at the company’s 2019 Monterey auction.

Delivered new to Japan in 1994 and upgraded to LM Specification by McLaren in two rounds in 2000 and 2001, serial no. 018 is finished in stunning platinum silver metallic paint over a cream leather interior highlighted by beige and brown Alcantara, cream Wilton carpets, and a beige Alcantara headliner. In 2007, the F1 ‘LM-Spec’ was acquired by the current owner, an enthusiast and racing connoisseur based in New Zealand. In his 12 years of ownership, the car has been used on a handful of tours and rallies, all the while being fastidiously cared for via the unmatched level of service provided by McLaren Special Operations (MSO), who have overseen the car with their strenuous multi-point evaluation checklist all its life.

The F1 ‘LM-Spec’ is presented in Monterey in outstanding condition, with a thorough record of regular MSO service and just 21,500 km. Incredibly powerful and rare, 018 is even “estimated to have more downforce than the Le Mans winning 1995 GTR racecar”, according to MSO. Expected to bring $21,000,000 - $23,000,000 when it crosses RM Sotheby’s auction podium in Monterey next month, this car is the best imaginable iteration of an already perfect machine.

Alexander Weaver, Car Specialist, RM Sotheby’s said, “The McLaren F1 is the ultimate supercar and has long been regarded as the benchmark by which all others are compared. This particular example has always been my favorite and one that is widely regarded as the most desirable of all specifications. No other car stirs more emotions and evokes more excitement. Being the most highly evolved specification at a fraction of the price of an unobtanium LM, this is the one to buy and hold for many years of enjoyment to come. The level of ownership exclusivity and “holy grail” admiration associated with the F1 is second only to the Ferrari 250 GTO, making this an excellent follow up to our 2018 sale. It truly is an opportunity not to be missed.”

Kenneth Ahn, President, RM Sotheby’s adds, “We are both proud and delighted to be offering one of the greatest, most sought-after modern supercars in the world. This car has arguably one of the most desirable performance specifications and color combinations of all McLaren F1s, and has been in current, meticulous ownership for more than 12 years. We are grateful for the opportunity to offer this rare and unique McLaren F1 in Monterey as one of the most valuable cars set for the Peninsula this year, alongside an unrepeatable lineup of featured cars across Thursday, Friday, and Saturday evening.”

Andrew Bagnall, avid car enthusiast, collector, and current owner of 018 comments, “Bruce McLaren was a hero of mine and I have had the pleasure of owning this amazing car for many years, and I’ve thoroughly enjoyed driving it as intended throughout my entire period of ownership. When it came time to look for a new owner who would appreciate this car in the same way, I wanted to only involve a knowledgeable party. I have subsequently been very impressed with RM Sotheby’s in how professional and straightforward they were in their advice and in their expert assessment and approach. From our first discussion to the final agreement, it was a focused conversation over limited time, culminating with the President and Car Specialist inspecting the car and completing the arrangement in person here in New Zealand. I look forward to attending the auction in Monterey and hope the next owner will enjoy this truly extraordinary machine as much as I have.”

The F1 is joined by a of host of top modern-day super- and hypercars at RM Sotheby’s Monterey sale, highlighted by:

The supercar lineup highlights RM Sotheby’s 2019 Monterey auction, which has been the pinnacle of collector car auctions for more than 30 years, leading the field and raising the bar with its consistent, record-setting results. Extended to three nights for 2019, featuring ‘An Evening with Aston Martin’ on 15 August, this year’s Monterey sale will once again present more than 180 of the world’s most important motor cars in the ultimate collector car destination.

For more information or to register to bid, please visit rmsothebys.com or call RM Sotheby’s West Coast office at +1 310 559 4575.