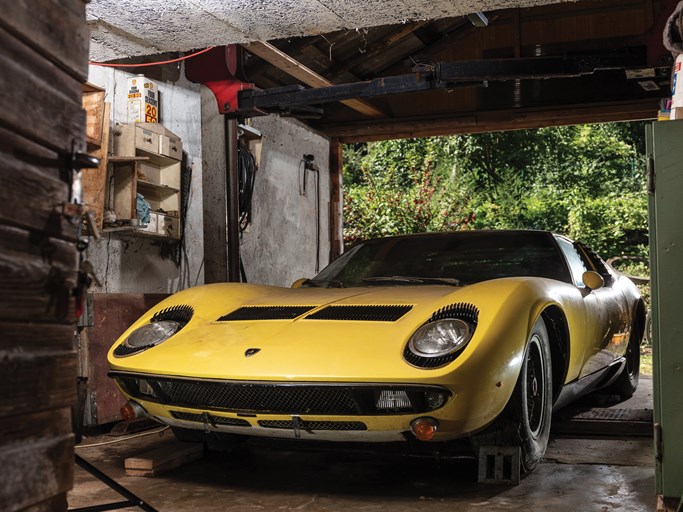 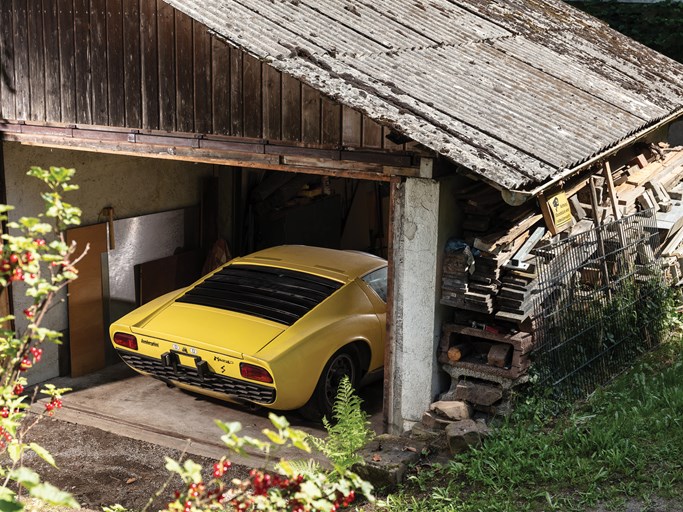 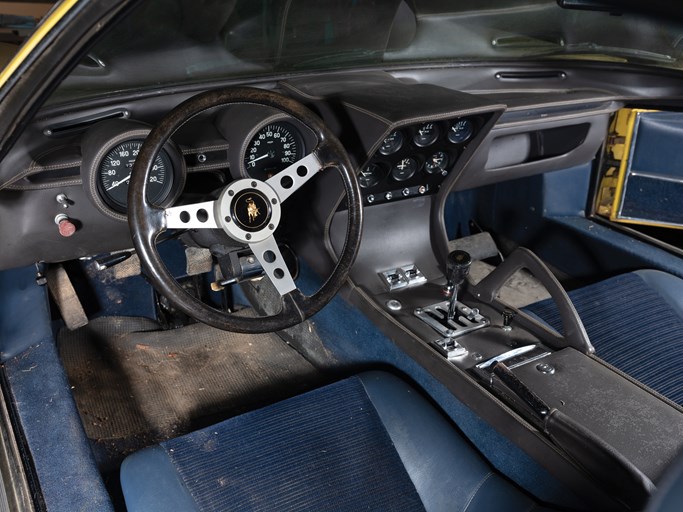 FORESTS COLLECTIONS BRINGS IN OVER £500,000 FOR ENVIRONMENTAL CHARITY

LONDON, England (25 October 2019) – RM Sotheby’s was proud to host the remarkable sale of a supremely original Lamborghini Miura at its annual London sale last night, with the never-restored supercar exceeding its pre-auction estimate to achieve a remarkable £1.24 million. Many of the cars offered at Olympia, in West Kensington, achieved strong prices with a Lancia Delta S4 Rally and Ferrari 250 GTE 2+2 Series in particular securing worthy results.  A further highlight was the nine-lot Forests Collection that pulled in over £500,000 for a worthy environmental cause. Bidding was strong throughout the sale on the telephone desks, online and from within the packed auction room, with bidders representing no less than 33 countries.

The 1969 Lamborghini Miura P400 S—thought to be one of the last remaining examples to be preserved in largely original and unrestored condition—was offered at the London sale without reserve, as a number of bidders vied for the car on the night of the auction. As bidding reached a final £1.24 million, its new owner would take a once-in-a-lifetime opportunity to acquire the ‘time capsule’ Miura P400 S, which last changed hands in 1974. This incredible car, chassis no. 4245, was sold to its second owner in 1974, remaining with his family until last night’s sale. The car, which had most recently been stored in a German barn, was presented in its highly patinated Giallo Flay yellow paint with Skay Bleu blue interior, still fitted with its original engine (pre-sale estimate £800k/£1m).

A race-proven 1985 Lancia Delta S4 Rally—one of only four Delta S4s to have won a World Rally Championship event, and immaculately restored to original specification—was a crowd-pleaser in West London, taking centre-spot on the auction stage as bids came in. The Abarth Classiche-certified Lancia would eventually reach the upper end of its estimate, pulling in £764,375. Exceeding its estimate on the night, a stunningly restored 1961 Ferrari 250 GTE 2+2 Series I was sold for £404,375 (est. £325/375k), while a 1973 Ferrari Dino 246 GT attracted huge interest to make £432,500. A 1984 Daimler Double Six Long-Wheelbase Saloon, once owned by Her Majesty The Queen, Elizabeth II, went under the hammer without reserve and sold for an exceptional £80,500, exceeding its pre-sale estimate of £50/70k.

This year’s London auction also represented an evening of great success for cars offered for charity. The Forests Collection, a charity consignment of eight cars and one Harley-Davidson motorcycle, brought in over £500,000 with proceeds to be donated to the Trillion Trees environmental cause. The grouping of vehicles was led by a 2001 Porsche 911 GT3 RS (£172,500), also including a 2018 Porsche 911 GT3 in Sepia Brown (£115,000) and a 1991 BMW M3 (£57,500), among other lots, representing a real variety on the night.

Will Smith, Auction Manager, RM Sotheby’s London, said: “We are delighted to have witnessed a highly successful auction at this year’s new Olympia location in London, proving that the classic car market is still strong for both buyers and sellers, with a strong sell-through ratio at 72 percent. The varied selection of excellent cars on offer in this year’s auction is surely one of the most important contributing factors that made it a triumph, with everything from iconic motorsport greats to timeless performance cars for the road. The Lamborghini Miura sold well thanks to its exclusivity and rarity, and we are proud to have played host to the sale of the car as it changes hands for the first time in over 40 years.”

RM Sotheby’s concludes its 2019 auction calendar next month in Abu Dhabi, hosting a highly anticipated sale at the FORMULA 1 ETIHAD AIRWAYS ABU DHABI GRAND PRIX 2019 set at Yas Marina Circuit, Yas Island, Abu Dhabi, UAE—a global auction in collaboration with Formula 1®. Key highlights include a 2002 Ferrari F2002 that steered Michael Schumacher to three victories during that year’s racing season, including first-place finishes at Imola, Zeltweg and Magny Cours, the last of which would secure the German driver his fifth World Drivers’ Championship title. Other key cars include a 1990 Ferrari F40 fully restored by specialists in Italy and autographed by Ferrari Formula 1 driver Sebastian Vettel, and a 2011 Aston Martin One-77, offered without reserve in partnership with Auction4Wildlife to benefit African Parks. To view an updated list of cars set for sale in Abu Dhabi, see rmsothebys.com.

Complete results from RM Sotheby’s London as well as further details on upcoming auctions are available at rmsothebys.com.