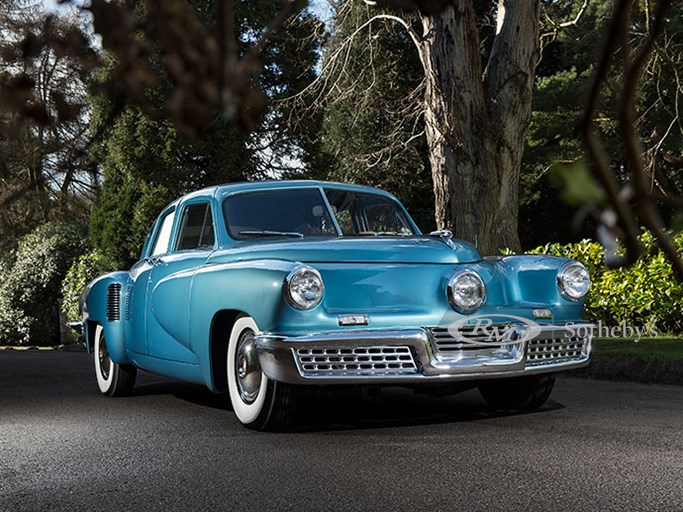 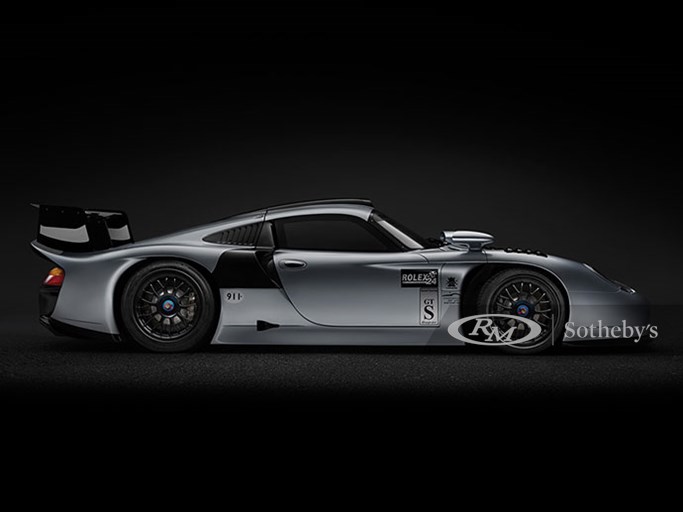 LONDON (8 March, 2016) – RM Sotheby’s is delighted to announce a fantastic collection of historic competition cars and one very rare American classic - a group that collectively spans more than five decades of leading automotive development - as the latest highlights for its upcoming Monaco sale, 14 May, during the Grand Prix de Monaco Historique weekend. In keeping with the sale’s location, RM’s biennial Monaco auction always attracts fabulous racing machinery, and this year, every major racing discipline from Formula One to Group B and endurance racing, is represented.

The upcoming RM sale, unquestionably one of Europe’s most eagerly-anticipated auction events, has already grabbed headlines with the previously announced 1951 Ferrari 340 America Barchetta. The Ferrari will be joined at the May sale by another racing great of a different era: the 1997 Porsche 911 GT1 Evolution, chassis no. GT1 993-117. The only known road-registered example, GT1 993-117 is one of just 14 GT1 race cars in private hands and has never before been offered for sale publicly. With over 13 wins to its name from 31 starts, this 993-based GT1 Evolution not only won the Canadian GT Championship three times (1999-2001) but also participated in the Daytona 24 Hour race. Believed to be the only ex-race car with road registration in existence, it is a vehicle that will wow crowds wherever it goes (Estimate: €2.700.000 - €3.000.000).

A Monaco sale without a Formula One car is unthinkable, and just as RM offered the iconic, ex-James Hunt, Hesketh 308 in 2014, this year will see RM present the first car that three-time World Champion, Niki Lauda, drove in Formula One. One of the most distinctive GP cars of the era, the 1971 March 711 was driven by Lauda at the Austrian Grand Prix, although the car was originally built for Ronnie Peterson, who took podium finishes in ‘711-02’ at both the Monaco and Hockenheim Grand Prix. Offered out of single-ownership since 1973, it is perceived to be one of the most significant and original pieces of Formula One history (Est. €550.000- €650.000).

Away from the European competition cars, RM’s upcoming Monaco auction features road-going innovation of the American sort. ‘Rare’ doesn’t begin to describe a 1948 Tucker 48. Just 51 Tucker 48s were ever built, and chassis no. 1049 is the only one currently in continental Europe. The Tucker 48 was the only car made by well-respected automotive industry veteran Preston Thomas Tucker. Although the marque’s demise still remains controversial, the Tucker remains a rolling symbol of the American dream, and is still regarded as one of the most advanced early post-war automobiles produced. The late production example slated for RM’s Monaco podium has long-term provenance with respected enthusiast ownership to its name, including Nick Jenin, Gene Zimmerman and Bob Bahre. Presented in period-correct Waltz Blue paintwork and offered fresh from a restoration by its current owner, its pre-sale estimate of €1.350.000 - €1.850.000 reflects its condition and rarity.

Held at the glamorous Le Sporting, home to some of the principality’s most prestigious events, RM Sotheby’s exclusive biennial Monaco event will lift the gavel on approximately 100 blue-chip collector cars.  For further sale information or to view a frequently updated list of entries please visit www.rmsothebys.com or call RM’s London office at +44 (0) 20 7851 7070.