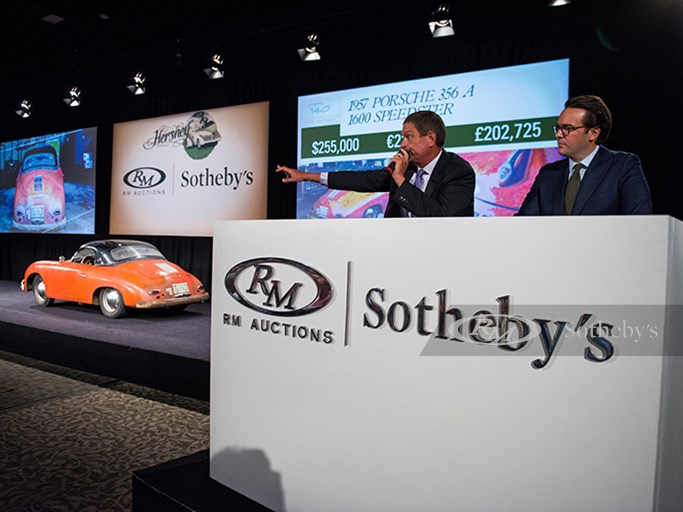 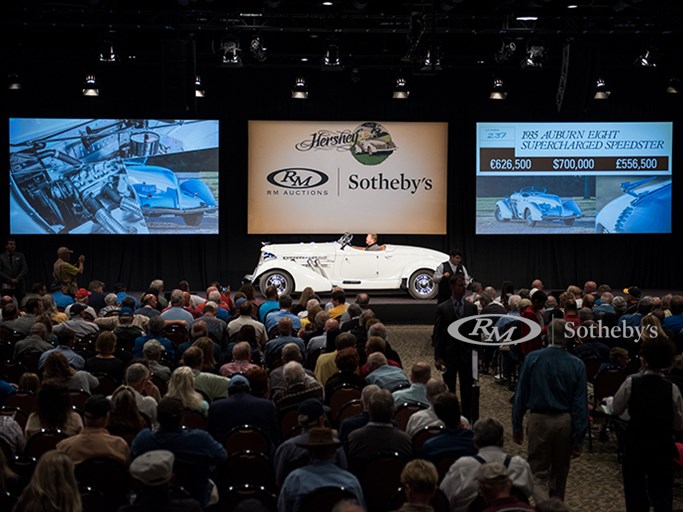 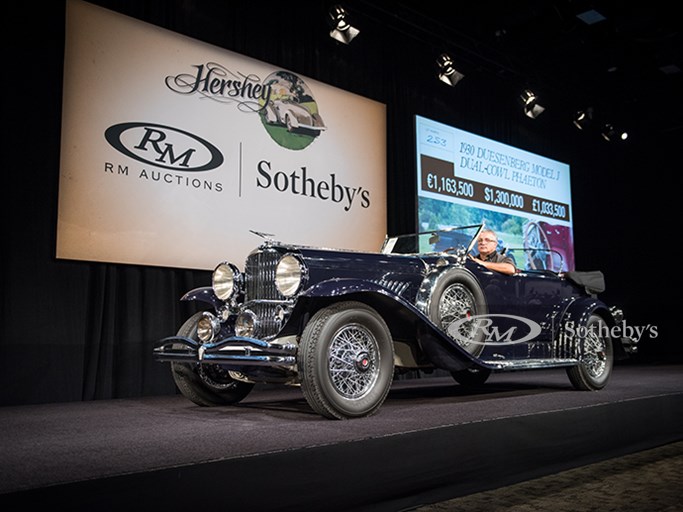 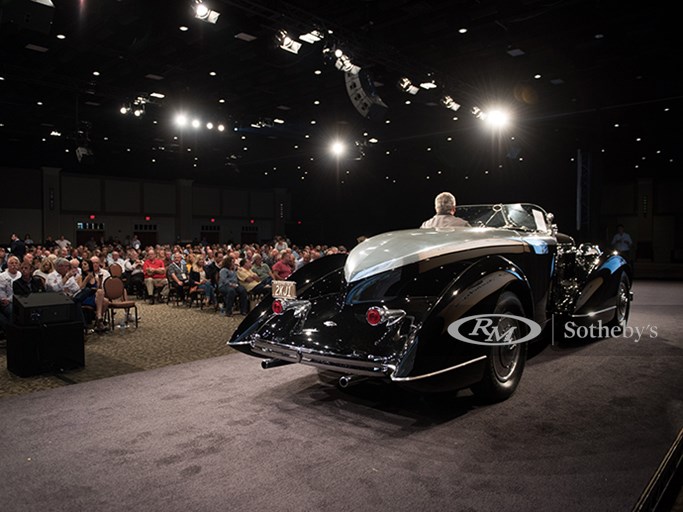 In a catalogue highlighted by a delightful series of cars coming out of long-term ownership, a 1930 Duesenberg Model J Dual-Cowl Phaeton was the star attraction of the two-evening sale. One of only three original Murphy Dual-Cowl Phaetons, the Duesenberg was retrieved from storage at the Mexico City airport in 1962, and offered from 54 years in single-family ownership at RM’s Hershey sale. Hotly contested by bidders in the room and on the phones, the Model J realized a strong $2,090,000.

“The fantastic price achieved for the Duesenberg goes to show that history and long-term ownership add significant value to an already rare car”, says Gord Duff, Car Specialist, RM Sotheby’s. “The opportunity to sell a Model J is always special, this time around made even better by the chance to present an example that has been lovingly enjoyed by one family over 54 years of ownership. Overall, our top five Hershey sales demonstrate that demand for American Classics remains incredibly strong, with provenance and impeccable condition attracting well-deserved prices on the auction podium across both nights.”

Looking back over the two-evening event, Thursday’s sale session was headlined by the spectacular 1932 Lincoln Model KB Boattail Speedster. Designed by legendary General Motors stylist, David Holls—earning its nickname, the ‘David Holls Speedster’—the exquisite car represented the Lincoln that ‘never was’. Attracting plenty of admirers during the sale preview, it was the subject of a 10-minute bidding contest, shattering its pre-sale estimate of $200/275,000 at a final $605,000.

Crossing the podium just four lots prior to the Lincoln on Thursday evening, the highly anticipated ‘garage find’ 1957 Porsche 356 A 1600 Speedster also drew tremendous interest from bidders in the room and on the phone. In single-family ownership since 1967, the Porsche emerged from 40 years in storage in a Texas garage just prior to the Hershey sale. Presented in largely original condition, it illustrated the enduring appetite for ‘barn-finds’, soaring past its pre-sale estimate of $200/250,000 to bring a remarkable $341,000.

Friday’s session was headlined by the top-selling Model J Duesenberg, highlighted above. Other standout attractions from the second evening were a meticulously restored 1935 Auburn Eight Supercharged Speedster, a two-time 100-point car in 2016 Classic Car Club of America judging, for $880,000; the sole-surviving 1931 Pierce-Arrow Model 41 LeBaron Convertible Victoria, which sold well at $456,500; and, an exceptionally restored 1958 Chevrolet Impala Convertible, which exceeded expectations, selling for $161,700 against a pre-sale estimate of $100/125,000. Among additional highlights and perfectly emblematic of the unique finds at Hershey, a 1925 White Model 15-45, commissioned in period as a Yellowstone Park tour bus, nearly doubled its estimate, realizing $88,000.

RM Sotheby’s will round out its 2016 calendar in spectacular fashion with the presentation of Duemila Ruote (2000 Wheels) in Milan, Italy, November 25-27. Coinciding with the Milano AutoClassica Classic Car Show, the eclectic offering will feature more than 800 lots, making it the largest, automotive-themed private collection sale ever staged in Europe. With some 430 cars, 150 motorcycles, 60 boats and hundreds of bicycles and automobilia all offered without reserve, collectors will be truly spoilt for choice.

Complete results from RM Sotheby’s Hershey auction along with additional information on the upcoming Duemila Ruote sale are available at www.rmsothebys.com,

*Results are listed in USD and are inclusive of 10 percent buyer’s premium for automobiles and 15 percent for all other lots. Auction total includes post-sale transactions.