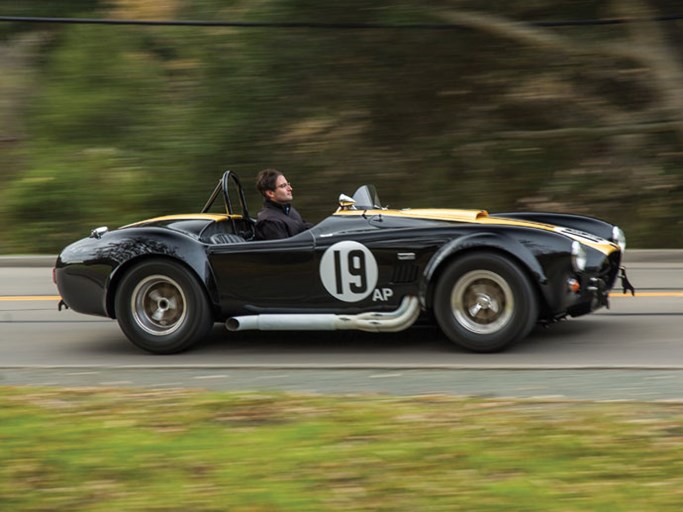 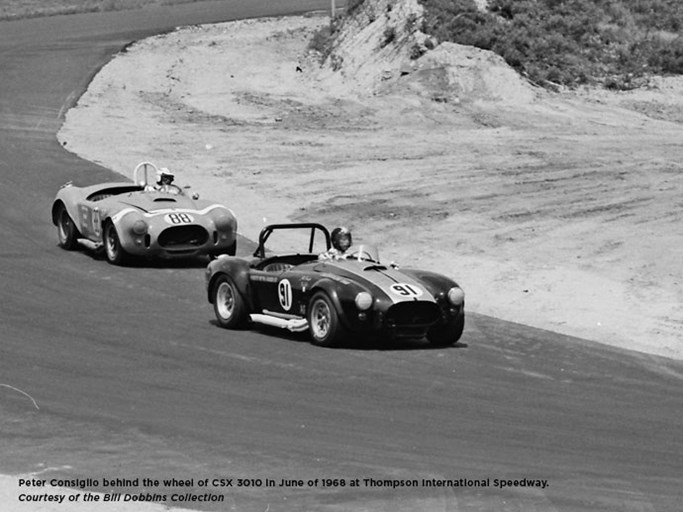 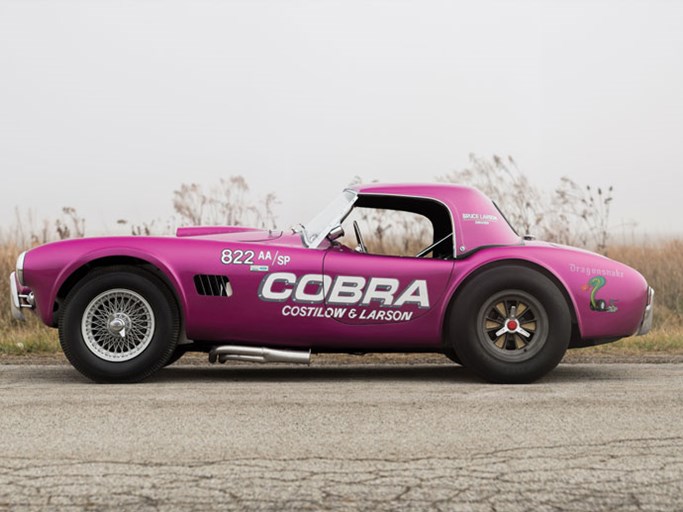 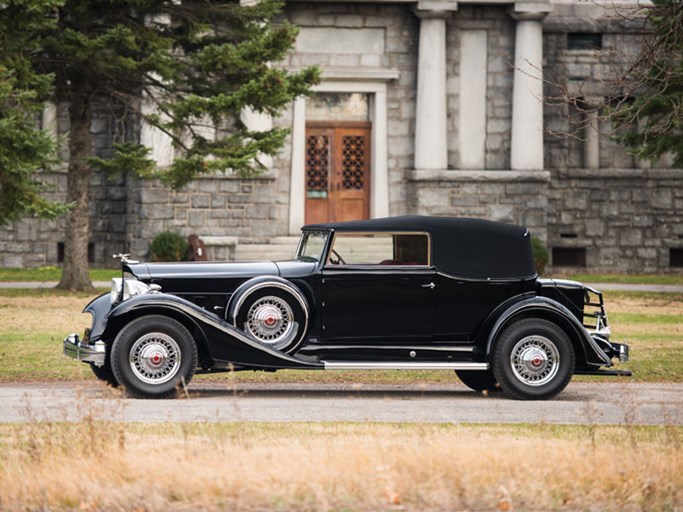 Complete sale information and a frequently updated list of entries available at www.rmsothebys.com

One of just 23 examples produced, CSX 3010 was delivered new to Don Russell Jr. of South Carolina, equipped with a less aggressive exhaust for street use, a shoulder harness, and road lights. Russell soon determined the 620bhp Cobra was too wild for the road, and sold the car. Remaining in the Northeast, CSX 3010 landed with Peter Consiglio of Massachusetts, who raced the Cobra in regional SCCA events in 1967 with mild success, before stepping up to SCCA National competition in 1968. Prepared for the track with black paint and gold leaf stripes, Consiglio proved a worthy competitor behind the wheel, landing on the podium for all but three of the 11 SCCA races that season to ultimately claim the 1968 A Production championship.

The Cobra found a home with its current custodian in 1978 and, with a return to the track in mind, he commissioned a full restoration, showing the car at the 1982 Palo Alto Concours d’Elegance upon completion. After extensive vintage racing participation, he eventually parted with the car in 1986, only to be reunited with CSX 3010 in 2007. A true dual-purpose car, CSX 3010 has completed no less than seven long-distance tours in recent years, as well as competed at the Monterey Historics on multiple occasions. Ready for continued enjoyment on the road or track, it is offered in Arizona with its original front clip, street and race equipment, and extensive documentation (Est. $2,500,000 - $3,300,000).

“We’re excited to present the 427 Competition Cobra within one of the most diverse lineups we’ve had the pleasure of offering in Arizona,” says Gord Duff, car specialist, RM Sotheby’s. “With period competition success, long-term ownership, and extensive vintage event participation, it’s these true enthusiast examples that keep the hobby alive, and breed interest for the next generation of collectors.”

Rounding out a trio of iconic Shelbys set for the Phoenix sale is a 1964 Shelby 289 Cobra, chassis no. CSX 2561. Offered in January with a beautifully maintained restoration, under current ownership the Cobra has been freshly resprayed in its original White and has seen recent mechanical servicing to ensure exciting, carefree touring, including the installation of a correct, four-speed manual transmission. A turn-key Cobra ready for more trouble-free rallying or a Sunday drive, CSX 2561 is certainly worthy of consideration by discerning aficionados of post-war American performance (Est. $950,000 - $1,100,000).

Additional highlights for RM’s Arizona sale include a varied selection of some of the most sought-after automobiles from numerous eras and genres:

·         Leading desirable American Classics is a beautifully restored 1933 Packard Twelve Convertible Victoria, chassis no. 901624, offered publicly for the first time. Believed to be one of just four authentic survivors, the Packard is complete with its original chassis, engine, body and firewall plate (Est. $500,000 - $600,000);

These exciting highlights join more than 125 blue-chip collector cars handpicked by RM Sotheby’s specialists for the January 28-29 Arizona sale. Leading up to the auction, the Biltmore will host the Arizona Concours d’Elegance, January 24, of which RM Sotheby’s is a proud sponsor, creating an ideal destination for enthusiasts looking to enjoy a week of classic car camaraderie.

For further information or to register to bid for the Arizona sale, please visit www.rmsothebys.com or contact an RM Sotheby’s car specialist at +1 519 352 4575.

RM Sotheby’s (formerly RM Auctions) is the world's largest auction house for investment-quality automobiles. With 35 years’ experience in the collector car industry, RM's vertically integrated range of services, from private treaty sales and auctions to estate planning and financial services, coupled with an expert team of car specialists and an international footprint, provide an unsurpassed level of service to the global collector car market. As a company, RM Sotheby’s has established numerous auction benchmarks, including the current record for the highest-grossing collector car auction of all time, with $172.9 million in sales at its 2015 Monterey event. In February this year, RM formed a strategic partnership with Sotheby’s, uniting the two companies for the full calendar of future automobile auctions. For further information, visit www.rmsothebys.com.