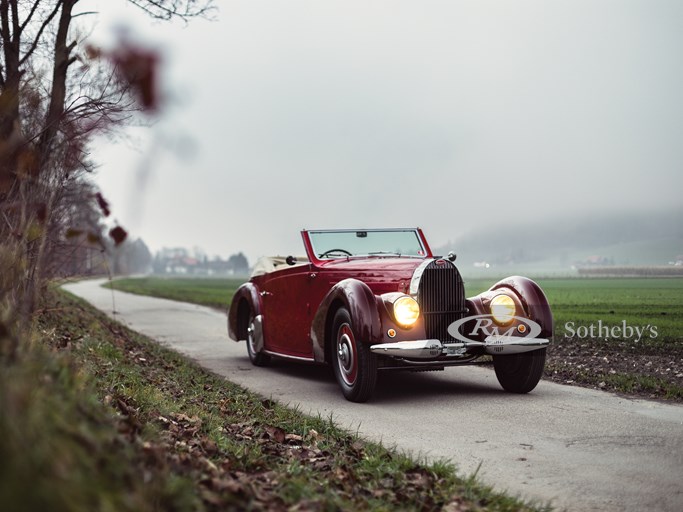 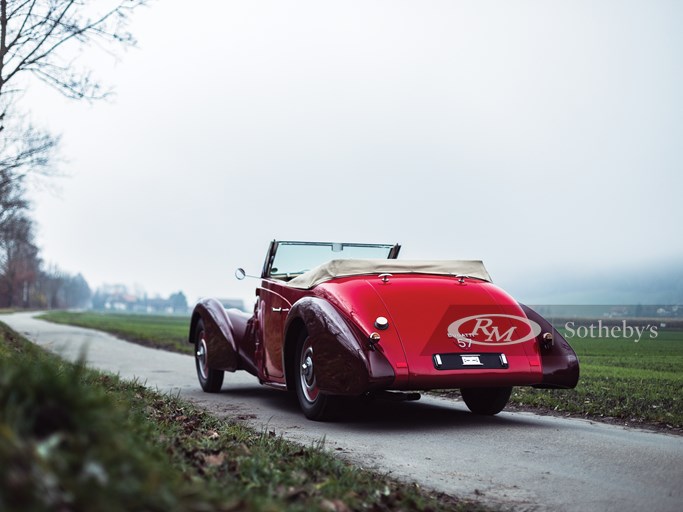 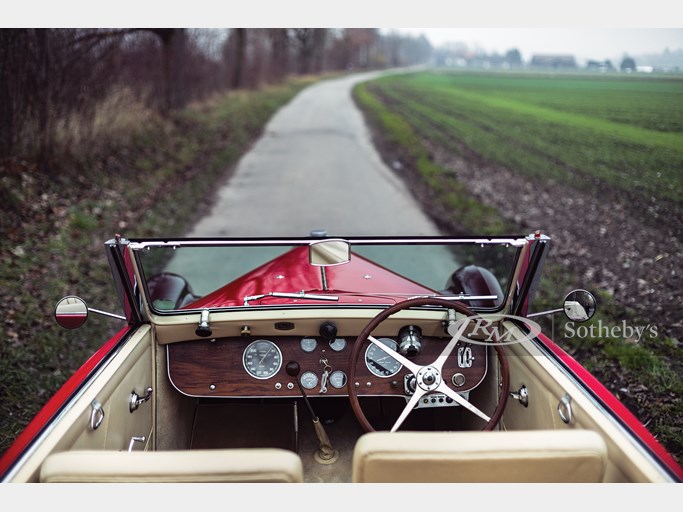 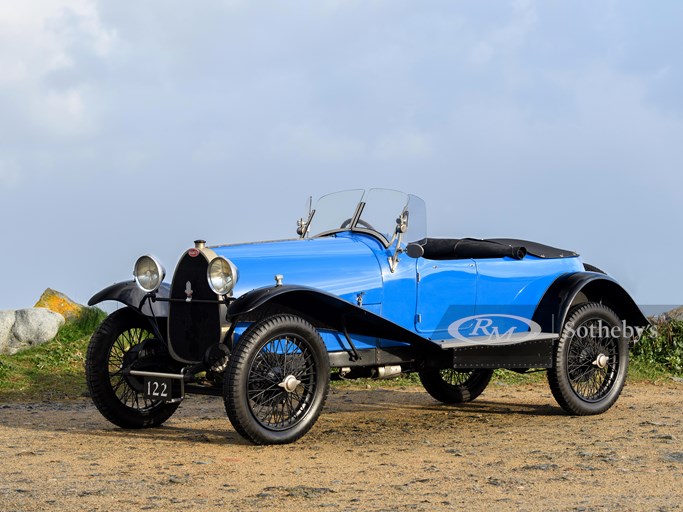 LONDON (17 December 2019) – RM Sotheby’s is delighted to announce the consignment of a Bugatti Type 57C ‘Stelvio’ for its annual Paris auction. The highly desirable, pre-war Bugatti joins a selection of other fabulous French ‘Grandes Routières’ all set for the sale in the French capital, including another historic Bugatti, an historically significant Type 23, and a trio of previously announced Delahaye models. The sale is scheduled to take place at its usual location of Place Vauban, Paris, on 5 February during Rétromobile week, and further to these timeless French classics will also feature a great assortment of more than 80 collectable cars.

The 1938 Bugatti 57C ‘Stelvio’ Cabriolet comes to Paris after a long and illustrious ownership history, mostly in France and Germany. The soft-top car, chassis no. 57737, was manufactured at Bugatti’s factory in Molsheim, Alsace, alongside other contemporary models such as the Type 46 and Type 49, and completed by the fabled coachbuilder, Gangloff. The original customer order for the car was never completed, and another suitor assumed the order in its agreed specification. This is one of four models produced by Gangloff in this era, and benefits from the classic signature design cues of the coachbuilder.

The Bugatti’s first owner, Roland du Pouget of Saint-Malo, France, registered the car on 24 May 1939 to replace another Bugatti model, a Type 57S Atalante. On the declaration of World War II in September 1939, du Pouget was with friends and the car on a hunting holiday in Yugoslavia, so returned to France. The car was commandeered by German forces while Saint-Malo was occupied, yet du Pouget was later reunited with the Bugatti. The Frenchman’s hometown of Saint-Malo was heavily bombed by allies between 6 to 14 August but remarkably, the car remained unscathed. In the years after the war, the car was used lightly in summer months, until du Pouget responded to a ‘wanted’ advert and sold the car in 1961. The car underwent its first restoration, relocating to Nantes, and participated in the Paris-Nice Rally under the number 47 in 1967.

The car changed hands in France once more before being bought by the German collector Uwe Hucke and was exhibited in a Hamburg museum until 1983, when purchased by another collector in Melle, Germany at which point the Bugatti would then enter its garage storage and not be removed for more than 30 years. Notably, it was acquired by the current owner in 2016, retaining its original engine and will be offered at the Paris auction with a pre-sale estimate of €1 million to €1.2 million.

Joining its pre-war marque sibling is a 1925 Bugatti Type 23 ‘Brescia’, chassis no. 2400. The car was delivered to the Bugatti Paris showroom in May 1925 as the 33rd car made by the marque and first registered in London in December 1926, then imported in Dublin, Ireland, soon after and back to the UK, where it is currently registered. Documented to have been produced as a blue Type 23 four-seater tourer in the style of French coachbuilders Lavocat & Marsaud, the car received new bodywork in the 1950s in a different colour, in which photographs show it competing in period. The Type 23 was since returned to its original blue colour, in which it appears for sale in Paris. The Type 23 takes its form from the famous Type 13, said to be the first true Bugatti model, and is claimed to feature the first multi-valve engine ever produced (Est. €350,000 - €375,000).

Augustin Sabatié-Garat, Auction Manager & Car Specialist at RM Sotheby’s, commented: “The history of the Bugatti Type 57 on offer is compelling, with the car having lived a long and eventful life foremost in France, later in Germany. It is with this French background that we are honoured to offer the grand routière model for sale in Paris, a fitting location for such an auction. Alongside the pair of Bugatti cars for sale in Paris, the Delahaye models are also returning to their spiritual home to find a new owner. Our Paris auction will have something for every kind of buyer, from fascinating pre-war cars to modern performance icons, many with interesting French heritage.”

The pre-war Bugattis join a grouping of other ‘Grande Routière’ French touring cars from the era, with RM Sotheby’s having already consigned three Delahaye models to the Paris auction. The Cabriolet, Coach and Roadster versions of the 135 model are all offered for sale from the single-owner Dayez Collection, alongside a long list or rare Delahaye spare parts as a separate lot. Both the Bugatti and Delahaye marques have helped to shape the automotive industry in France and RM Sotheby’s is proud to bring these cars to sale in Paris.

For further information on RM Sotheby’s Paris auction or to view a frequently updated list of entries, please visit rmsothebys.com or call RM’s London office at +44 (0) 20 7851 7070.