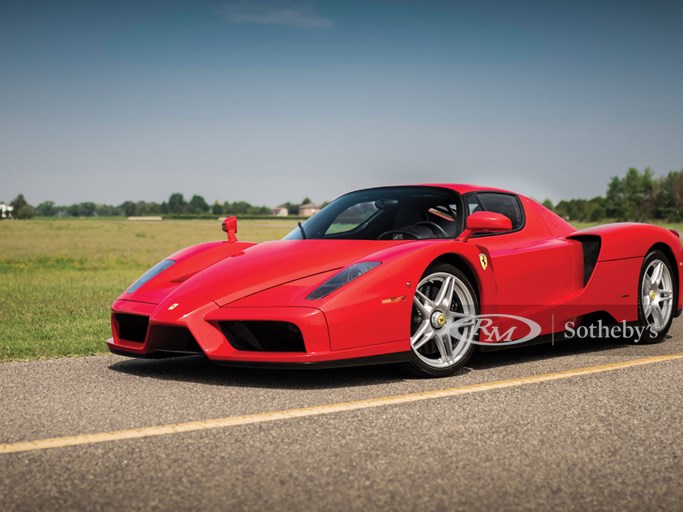 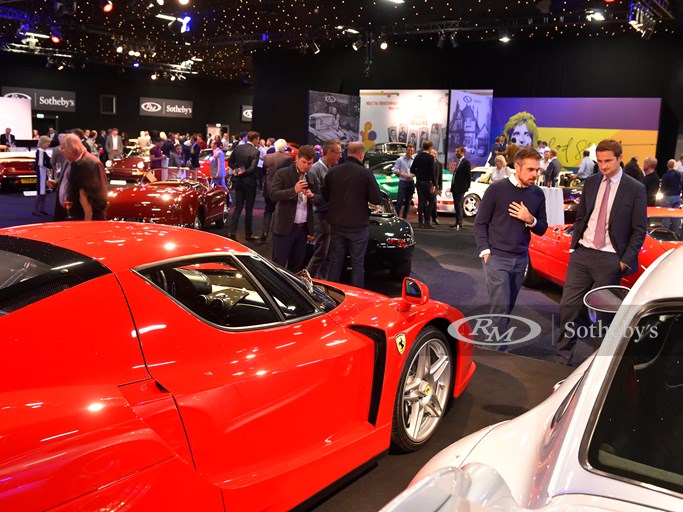 LONDON, England (6 SEPTEMBER 2018) – RM Sotheby’s enjoyed an evening which saw £9.4 million-worth of outstanding cars go under the hammer in what was the company’s 12th annual return to the Battersea Evolution in London.

Proving once again that rare, modern era supercars remain in strong demand with collectors and enthusiasts, it was the 2003 Ferrari Enzo that proved its star quality by leading the results, selling for £1.97 million to nearly eclipse its high estimate. Representing the pinnacle of hypercar engineering when the model launched in 2002, the car has rightfully found its place in history as one of the all-time great Ferrari models and will remain a highly collectable icon in future years. The car sold in London was an outstanding one-owner example which has covered just over 6,000 km, and is complete with its original tool kit, manual, car cover and keys.

Also demonstrating that the classically beautiful Ferraris of the 1950s remain highly desired by collectors, it was the 1953 Ferrari 212 Europa Coupe that proved to be second biggest seller on the night, securing £1.02 million, surpassing high estimate. Featuring exquisitely beautiful Pinin Farina coachwork, only 78 examples of the 212 Inter were produced between 1951 and 1953, with this car being one of 26 cars to receive the EU – or ‘Europa’ – chassis designation. One of only four left-hand drive examples with a known history and a recent concours restoration by marque specialist, the car fully deserved its price tag in seven figures.

Rounding off the top three sellers, on a night which once again proved that rare, low volume Porsche 911 derivatives are still very much in demand, was an ultra-rare 1993 911 Carrera RS 3.8 which made a very strong £933,125. Finished in classic Grand Prix White, the RS 3.8 offered boasted an outstanding specification and of the 55 3.8 RS constructed, it is one of only three in RHD. The car has covered only 20,000 km from new and is a magnificent example.

Augustin Sabatié-Garat, Auction Manager, RM Sotheby’s Europe, said following the sale: “Looking at the top five sales in London this year, it’s satisfying to see stand out individual prices achieved for exceptional cars across several categories, from American Classics through early Ferraris and modern supercars. We look forward to furthering the success of our London event in 2019, remaining at Battersea Evolution but moving to 5 November to accommodate the busy summer collector car calendar.”

For 2019, RM Sotheby’s will move its annual London sale later in the year to 5 November, once again at Battersea Evolution. RM Sotheby’s continues its 2018 auction calendar in Hershey, Pennsylvania, 11 – 12 October, followed by its Porsche 70th Anniversary auction, 27 October at the Porsche Experience Center in Atlanta, with the company’s next European event being its annual sale in Paris to coincide with Rétromobile in February 2019.

Further information on upcoming events, along with results from RM Sotheby’s 2018 London sale, can be found at www.rmsothebys.com.