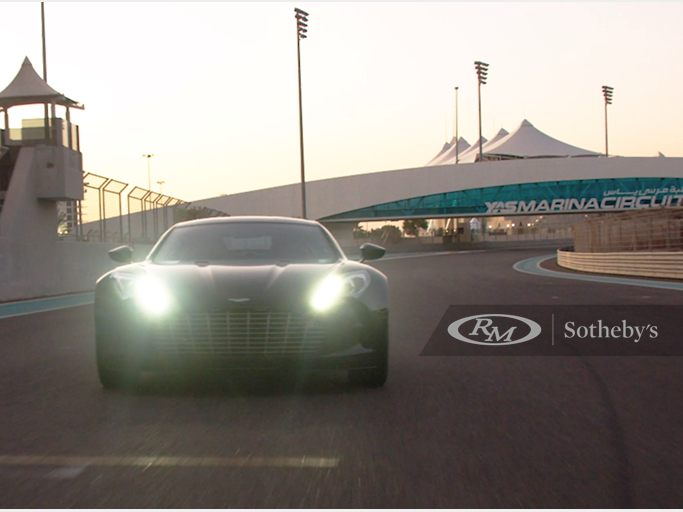 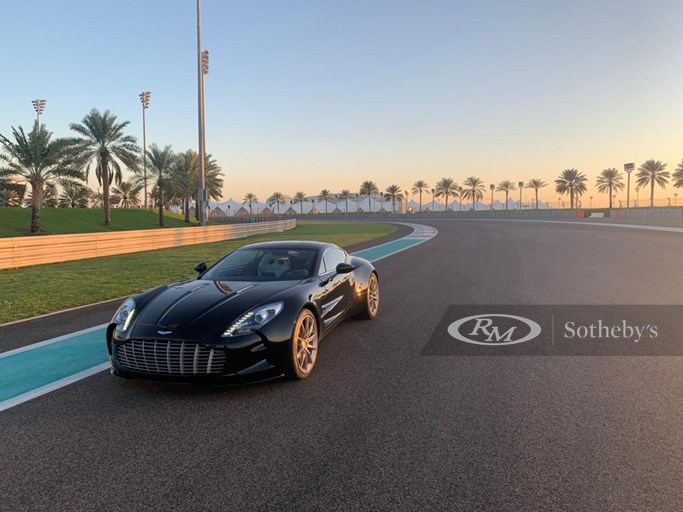 LONDON (22 November 2019) – In the final countdown to RM Sotheby’s first-ever auction in the Middle East, the auction house has released new footage of the featured 2011 Aston Martin One-77 driven at Yas Marina Circuit, where the sale will take place in partnership with Formula 1® on 30 November at the FORMULA 1 ETIHAD AIRWAYS ABU DHABI GRAND PRIX 2019.

One of the marque’s most exquisite models, the Aston Martin One-77 is truly only done justice at speed. Ahead of the sale, Ahmed Al Kaabi (ADMM), Strategic Alliance Director, Yas Marina Circuit, had the opportunity to take the stunning car for a few hot laps around YMC, on the very grid of which the car will be auctioned later this month. In the video, footage of the car is pictured alongside the important landscapes and species that African Parks seeks to protect and restore.

The One-77 on offer, chassis no. SCFGFXXX1BGS17738, is the 38th of just 77 examples of Aston Martin’s unique hypercar built. Sparingly driven, the car currently displays under 1,000 km and is presented in Black Pearl and trimmed with an interior of Blue Gin complemented by Anodized Blue and chrome metal trim.

In partnership with Auction4Wildlife, the consignor and original owner, Markus Jebsen, chairman of MF Jebsen Nature Conservation Foundation and Founder of Auction4Wildlife, will generously donate the proceeds from the sale of the One-77 to African Parks so that the charitable organisation may continue its important work restoring landscapes, saving species, and ensuring sustainable livelihoods for local communities.

The buyer of the car will not only contribute to African Parks’ commendable pursuit but will also acquire one of the most beautiful modern hypercars ever built (Est. $1,500,000 - $2,000,000, Offered Without Reserve).

RM Sotheby’s ground-breaking auction at the FORMULA 1 ETIHAD AIRWAYS ABU DHABI GRAND PRIX 2019—the region’s first-ever major international collector car auction—is set for the evening of Saturday, 30 November at the stunning Yas Marina Circuit. The sale will bring together an expertly curated selection of 40 significant Grand Prix™ racing machines, road-going sports cars with an historical connection to the world of motorsport, alongside a broader collection of hand-picked, blue-chip classic and supercars. The auction will take place on the Formula 1® grid from 9pm GST onwards. Fans and registered bidders will be able to view the cars to be auctioned over the Grand Prix™ weekend. The cars will then be paraded down the main straight and driven along the F1® pitlane for auction.