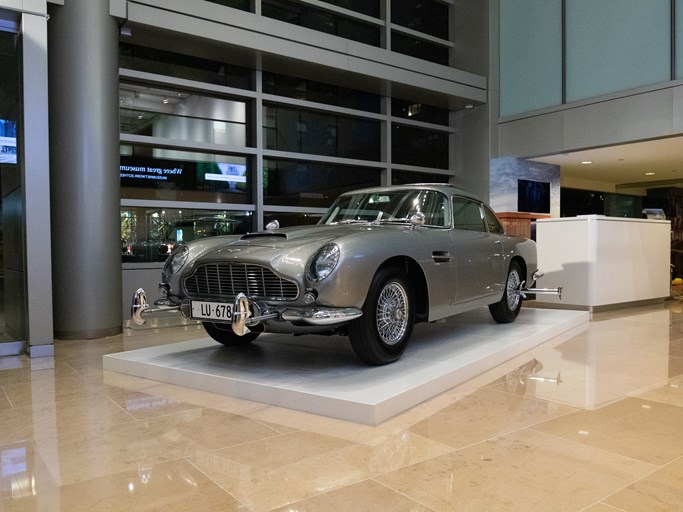 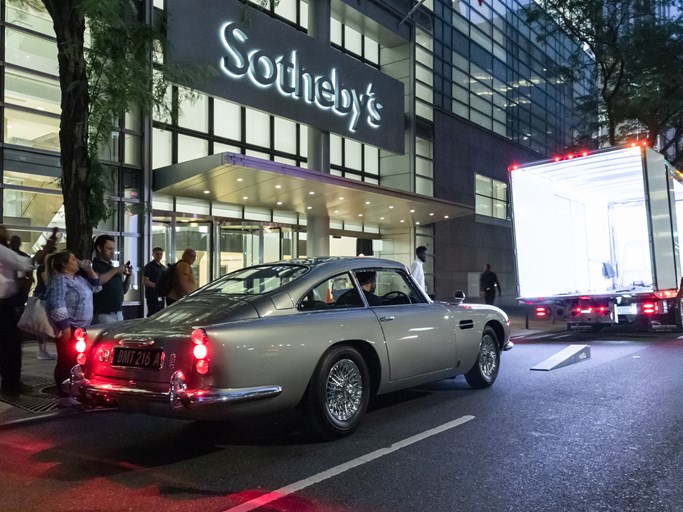 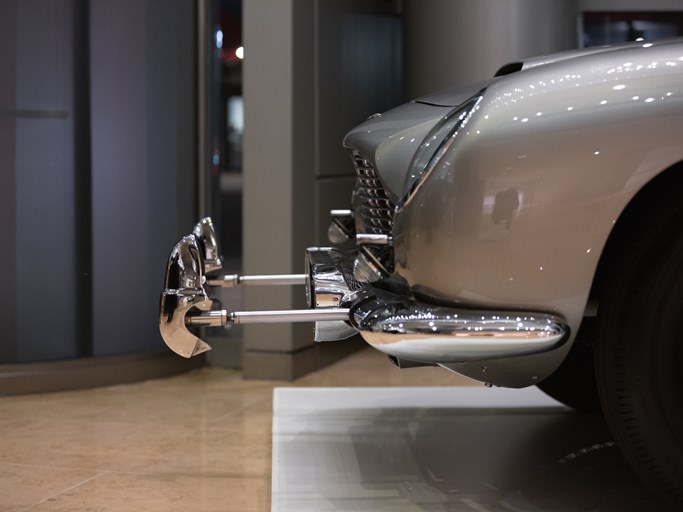 NEW YORK (1 July 2019) – Ahead of its offering at RM Sotheby’s record-setting Monterey sale later this summer (15-17 August), the James Bond Aston Martin DB5, chassis no. 2008/R, is now on public display in the lobby of Sotheby’s York Avenue global headquarters in New York. The DB5 will be on view in Manhattan through the month of July.

RM Sotheby’s has also released a full-length film as a follow-up to the trailer originally produced on the car in early June. In this film, viewers can take a closer look at ‘The Most Famous Car in the World’, an original James Bond 1965 Aston Martin DB5, one of just three surviving examples commissioned in period by Eon Productions and fitted with MI6 Q Brand specifications as pictured in Goldfinger and Thunderball. Watch as Florence Walker, journalist and enthusiast, becomes 007 for a day and takes the legendary Aston for a spin, while RM Sotheby’s very own ‘Q’—Aston Martin historian Stephen Archer, guides Walker through the 13 fully functional gadgets. Paul Spires, President of Aston Martin Works, and Barney Ruprecht, Senior Car Specialist at RM Sotheby’s, also weigh in on the fascinating details of the car.

The DB5 is one of two cars fitted with legendary Bond gadgets and used in the United States on promotional tour for Thunderball. As Desmond Llewelyn’s legendary weapons-master Q would go on to explain to Sean Connery’s 007, the DB5 was equipped with front and rear hydraulic over-rider rams on the bumpers, a Browning .30 caliber machine gun in each fender, wheel-hub mounted tire-slashers, a raising rear bullet-proof screen, an in-dash radar tracking scope, oil, caltrop and smoke screen dispensers, revolving license plates, and a passenger-seat ejection system. Though never seen on film, the car was also equipped with a telephone in the driver’s door to communicate with MI6 headquarters and a hidden compartment under the driver’s seat containing several weapons.

Having had just three private owners from new, the DB5 is presented during RM Sotheby’s ‘An Evening of Aston Martin’ single-marque sale session in Monterey, 15 August, in beautifully restored condition, with all gadgets in fully functioning order. An incredibly rare and exciting example of what has been deemed “the most famous car in the world”, the DB5 offers a highly desirable acquisition for the serious collector.

The Bond DB5 highlights RM Sotheby’s exceptional 2019 Monterey offering, which this year is extended to three nights, presenting more than 150 of the world’s most important motor cars in the ultimate collector car destination and featuring a special third auction evening on 15 August. ‘An Evening with Aston Martin’ will feature more than 30 of the world’s most sought-after road-going and track-ready Aston Martin sports cars from across the marque’s illustrious history.