Catalogue VIEW VIDEO
Chassis No.
Engine No.
Gearbox No.
83622
90858
15632
Addendum: Please note that Internet bidding is not available for this lot. Interested parties that are unable to attend the sale may register to bid by telephone or place a commission bid online at rmsothebys.com.
† NO INTERNET BIDDING

Porsche’s brilliant and immortal 356 Speedster has become one of the most collectable sports cars in history, but even in that very select group—barely 4,000 were built over five years—the most exotic were the handful powered by the complex four-cam engine designed in his spare time by a young factory engineer named Dr. Ernst Führmann. His colleagues nicknamed it the “Drawer Motor,” as Führmann had not been authorized to work on such a project and would slip his drawings into his desk drawer whenever Dr. Porsche would enter the design office. When Führmann put his pencils down, this marvelous engine was a fait accompli, and his employer was delighted.

Führmann’s masterpiece, an alloy-cased, DOHC engine with its roller-bearing crankshaft, was designed as a full-on racing powerplant, its valve train operating through a system of multiple shafts and bevel gears driven off the crankshaft. It utilized dry-sump lubrication and dual ignition, with a pair of distributors being driven off the intake cams and a pair of switches on the dashboard allowing for individual testing of the twin coils. The “Four-Cam,” as it is popularly referred to today, first appeared in the company’s mid-engined 550 Spyders of the early 1950s. Developing about 110 horsepower at 6,200 rpm in racing tune, roughly twice the output of the company’s similarly sized pushrod engines, this intriguing 1.5-liter powerplant would take on the punishing Carrera Panamericana road races of 1953, 1954, and 1955.

After proving itself as a giant killer in Mexico, Porsche installed a slightly de-tuned version of the racing Type 547/1 engine—now known as the “Carrera”—in road-legal 356 coupes, cabriolets, and some Speedsters, dubbing them the “GS.” Higher-tune GT engines with increased compression and more radical cam timing were made available for owners who wished to race.

Offered here is a wonderfully restored example of a Carrera 1500 GT Speedster, believed to be one of only 12 to leave the factory in this configuration. Its factory Kardex contains very little in the way of detailed production information, other than to list its original chassis, engine, transmission, and the key and lock numbers. The Kardex reflects one service carried out on 25 October 1957 at Max Hoffman’s dealership. The authoritative Heinrich/Sprenger volume on Carreras reveals that this Speedster was completed on 23 July 1957 and delivered to Max Hoffman in New York in “lightened” form. The Speedster was finished in Silver Metallic with a Black leatherette interior; the front floor was covered with black rubber mats, while the rear floor area was covered in “crushed black vinyl.” The deep Speedster bucket seats with aluminum frames included Beige (Perle) corduroy inserts. The thin black canvas folding top with its bows was completely removable. A pair of matching side curtains and a tonneau cover would have been standard equipment. Interestingly, this car was fitted by its most recent owner with an extremely rare steel Speedster hardtop with a wraparound three-panel rear window. John Dixon claimed to an interviewer that perhaps no more than four or five of these hardtops are known to have been produced and sold.

Although it is duly listed in the Heinrich/Sprenger tome, little is known of this car’s early history prior to the early 1980s, when it was acquired by noted four-cam authority Weldon Scrogham, now living in Waynesboro, Virginia. According to a Bill of Sale dated 28 December 1981, Scrogham sold the car to import service shop owner Reid Vann in St. Louis, Missouri. At that time it was lacking its original engine, number 90858. The Bill of Sale included handwritten notes regarding the prior owners of the correct engine. Mr. Vann traced the correct engine to another individual in an attempt to reunite it with its original chassis, though he was unwilling to sell at the time. Vann then reached out to the late four-cam expert Al Cadrobbi in California, who supplied a series-correct and slightly later engine, number 90869. Vann also mentioned that he had new floors installed.

On 8 January 1988, Vann sold the Speedster to James W. “Bill” Brown of Lincoln, Nebraska, who commissioned Joe Harris of Rockford, Illinois, to finish the metalwork and repaint the car. The interior restoration was sent for completion and the car offered for sale in 1995. The car was described as restored, but with engine number 90869. The sale included the original case (90858 GT), acquired from Dick Koenig of the Rocky Mountain 356 Club. Brown stated that the car had never been wrecked or damaged and had been driven an enjoyable 10,000 miles since Cadrobbi rebuilt the engine (90869). He also noted that the car had new floors, longitudinals, battery box, and rockers. However, the car did retain its original panels, doors, and decklid, and had its original GT interior, parts, and small bits, and was mechanically sorted.

Long-time Ohio Valley PCA member and veteran 356 owner Dick Weiss inspected the Speedster on behalf of John Hanning of West Chester, Ohio. Brown listed the GT equipment fitted to the car, including the GT-specification engine, 60 mm ventilated front brakes, ventilated 4½×15-inch alloy/steel wheels, 80-liter GT gas tank, lightweight GT interior, GT bumper trim, no heater, rolled front and rear body edges, and no exterior Speedster trim. Although Weiss listed transmission number 23509 as being included, he noted that the original transmission, 15632, was rebuilt to original specification. The matching-numbers engine and gearbox were subsequently reunited and are in the car today. He also mentioned the standard equipment and that the odometer read 12,500 miles at the time. That apparently satisfied Mr. Hanning, who purchased the Speedster in 1995.

The following year he commissioned extensive transaxle work for $2,450. In 1998, the car passed from Hanning to John Dixon at the Taj Ma Garaj in Dayton, Ohio. Dixon commissioned the marque specialists at Die Werkstatt in Dayton, Ohio, to carry out a full restoration that consumed three years, with the GT-specification engine enjoying the ministrations of the renowned Bill Doyle at Rennwagen in Jackson Hole, Wyoming. More recently, the car was given a fresh restoration by Gary Kempton at GK Restorations in Tallahassee, Florida. During his custodianship, Mr. Dixon acquired the steel hardtop and removable rollbar.

This very desirable Carrera Speedster is presented today in overall excellent concours condition. A recent inspection shows consistent door and panel gaps, with superior fit and finish throughout. The doors and lids close nicely with that wonderful thud that one would expect from a concours-level Speedster. The hardtop fits snugly, and the soft top still looks new. Dunlop Racing tires in 500 L/15 size are fitted to correct “open” lightweight steel-and-alloy wheels date-coded “2-57.” Included are a period-correct Blaupunkt jack and tool roll, plus a rare “Touring” kit containing cables, bulbs, fuses, and gaskets. Other rare items include the rollbar (uninstalled), “Atlantis” braided tow rope in its original blue vinyl storage bag, an original driver’s manual with Carrera supplement, a factory Kardex, and Porsche Certificate of Authenticity, issued 25 June 1998.

The serious Porsche collector seeking a perfect capstone to a stable of rare and exotic machinery could do no better than to give this Carrera GS/GT Speedster a new and appreciative home. 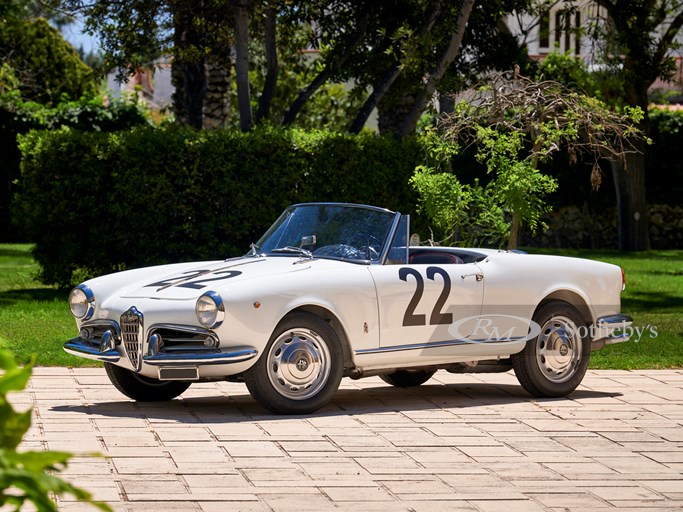 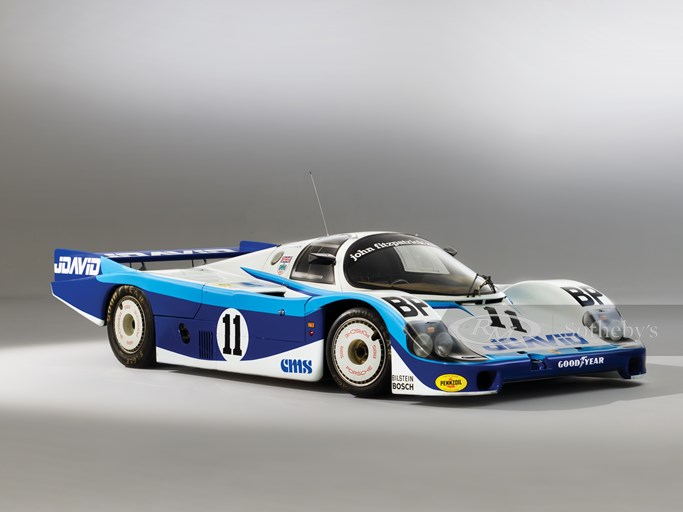