The year 1955 was magic for most American automakers, and Buick was no exception. Industry sales reached nearly eight million cars, a record. Buick’s total, too, was a record, 781,296 cars, nearly 60 percent better than 1954, and for the second year in a row, keeping Plymouth out of third place.

This 1955 Buick Roadmaster Convertible is stunning in Cherokee Red with Dover White sweep panels. The body contours, paint, and chrome are all excellent. The doors shut well and exhibit even gaps and correct alignment. A white vinyl top is covered by a matching white boot when lowered.

The interior is upholstered in red and white leather with black period correct cloth insets in the seating area, all in excellent condition. Black carpet lines the floor in the front and back. Underneath, the hardware joining the black chassis frame to the body confirms that the car has benefited from a body-off restoration. Wide whitewall tires are mounted to Kelsey-Hayes chrome wire wheels with spinner caps.

Equipped with power steering, power brakes, a power front seat, power windows, windshield washers, and a Selectronic AM radio, this car was judged and received a BCA Gold award from the Buick Club of America at the National meet held in Batavia, New York.

The most expensive and the heaviest Buick in the 1955 line, the Roadmaster Convertible Coupe was quite popular, with 4,739 sold. This car represents a chance to own one of the best. 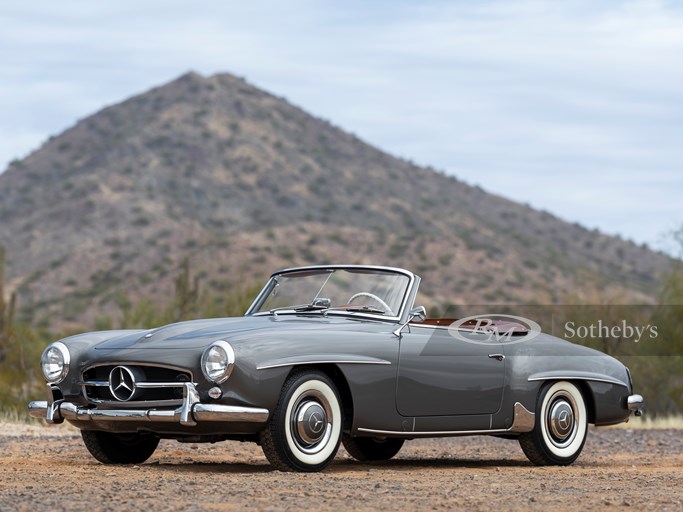