The Rolls-Royce Silver Cloud III represented a watershed moment for its manufacturer. It was still a traditionally crafted luxury automobile with wood-framed bodywork featuring a library’s worth of burled walnut; the engine was reassuringly silent; and the interior was surpassingly comfortable. The engine, improved over the previous Silver Cloud II, was the epitome of the Rolls-Royce ideal of gradual refinement of a design. Yet this model also represented the company’s first nods towards contemporary styling, with quad headlamps, a lowered hood and radiator shell, smaller bumpers, and separate front seats.

No offering better exemplified the Silver Cloud III’s straddling of two worlds than the Drophead Coupé Adaptation, crafted by Rolls-Royce’s coachbuilding shop, H.J. Mulliner. A continuation of the similar style introduced extremely late in Silver Cloud I production and used exclusively on the Silver Cloud II, it was known as an “Adaptation” because it was based on factory Standard Steel Saloon body panels and inner structure. So thoroughly massaged and reworked were the factory components, however, that the end result was truly a piece of coachbuilt craftsmanship as fine as any fully custom body.

Not long into the Silver Cloud III’s production run, modernity took firm hold at Rolls-Royce with the debut of a new Drophead Coupé of brand-new, audacious design. Thus, the Silver Cloud III Drophead Coupé Adaptation enjoyed a very limited run and was scarce even when new, with just 37 examples produced; 25, this car among them, had left-hand-drive, the model having rapidly endeared itself to a worldwide audience.

Sophia Loren began her film career at age 16 in 1950. It took only six years for her to become an international star, going on to acclaim for her roles in classic films such as Two Women; Yesterday, Today and Tomorrow; and Marriage Italian Style. Among her achievements was the first Academy Award bestowed for a foreign-language performance, as well as five special Golden Globes and an Academy Honorary Award for Lifetime Achievement. Yet her stardom was achieved—and is maintained today—with a true, genuine zest for life. Famously, her response to how she achieved and preserved her incredible beauty was to say, with a smile, “Everything you see, I owe to spaghetti.”

As the sensually statuesque, talented embodiment of La Dolce Vita, Sophia Loren was ideally suited to the Silver Cloud III Drophead Coupé Adaptation. She ordered new the example offered here, chassis number LSDW221, under her birth name, Sophia Scicolone, while resident at the Hotel Lancaster on the Rue de Berri in Paris. Reportedly the automobile was a gift from her longtime, loving husband, Carlo Ponti. A receipt for payment to Rolls-Royce in Mr. Ponti’s name remains in the file, and the build cards list the customer as FBA (Franco-Brittanic Automobiles) for “Carlo Conti” (sic).

Finished in Steel Blue over Blue interior, the automobile was equipped to French specifications, with the added features of a radio with electric aerial and speakers to rear seat armrests, electric windows, plain Sundym glass throughout, and whitewall tires; a power hood was by this point standard. It was delivered on 4 June 1963, with the guarantee issued that September. Early in its original ownership it was featured in many scenes of Yesterday, Today and Tomorrow with its glamorous owner, as a very appropriate co-star!

Subsequent caretakers are not noted, but the car was eventually restored in 2004 in this very elegant, rich blue, a darker shade than original but extremely appropriate to the coachwork’s sumptuous lines, with Grey leather interior piped in Dark Blue, and Dark Blue mohair hood. Factory-style air conditioning was likely also fitted during restoration, as it is present today but not mentioned in factory paperwork. The automobile is still equipped with its original engine and registration.

Accompanied by a history file including a FIVA Identity Card, copies of build documentation, a Rolls-Royce service guide for France, and instructions for the operation of the hood, as well as a signed photo of the ever-glamorous original owner, this is a Silver Cloud III beyond comparison...yesterday, today, and tomorrow. 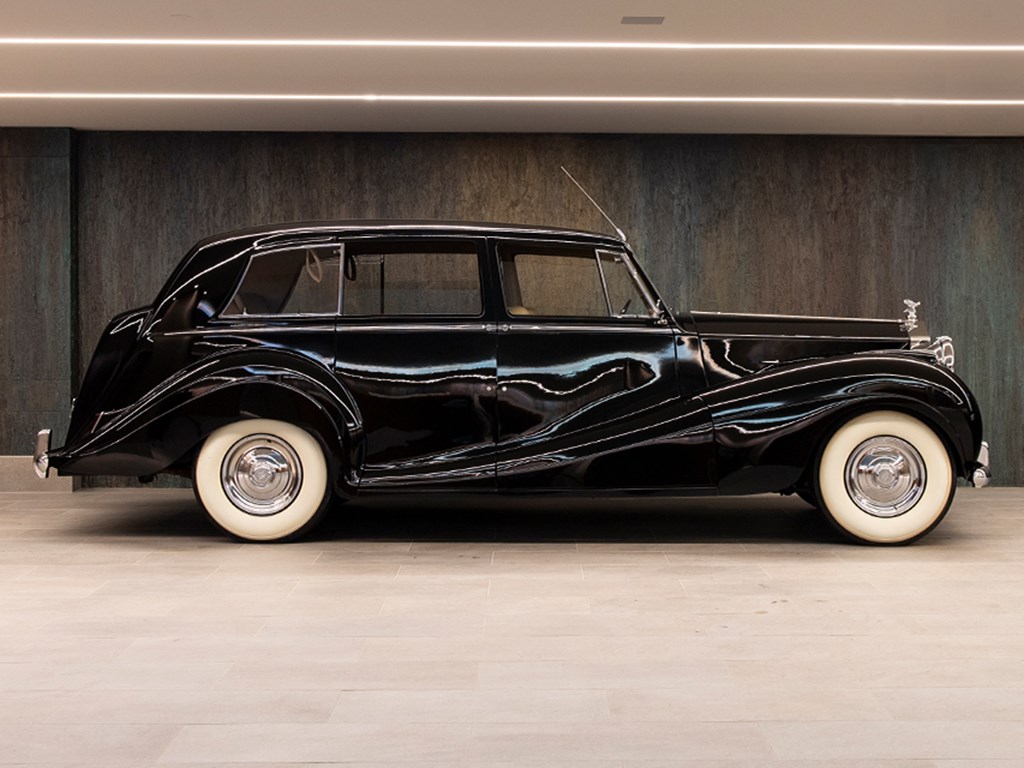 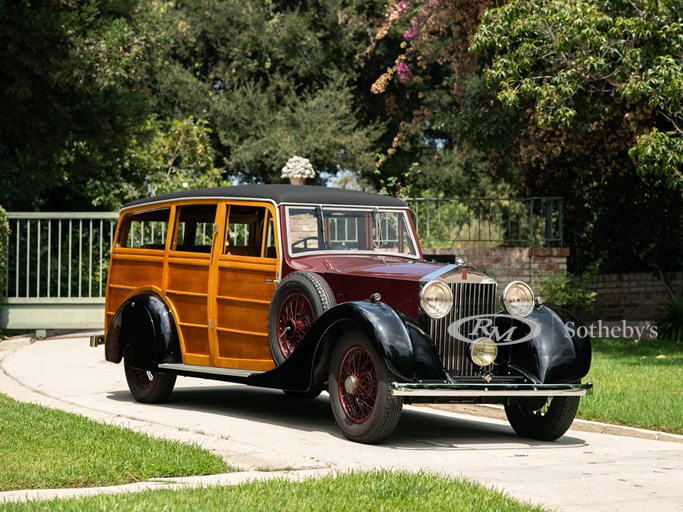