Chassis No.
580
Documents
US Title
Addendum: Please note the title for this lot is in transit. A 4-6 week delay is expected.

Ettore Bugatti’s first true production automobile, the Type 13 was based upon the engineering of his original prototype Petit Pur Sang, or “Little Thoroughbred,” whose light and nimble character would typify all of his future creations. The Type 13 rode a frame with leaf springs at all four corners, and it carried a wonderful little four-cylinder engine with a four-valve cylinder head of Bugatti’s own devise. While the standard model supported a two-passenger body, it soon evolved, with the Type 22 offering a larger roadgoing body, oval radiator, and semi-elliptical springs.

The car offered here, chassis number 580, carries an especially seductive little piece of coachwork: a taper-tailed tourer with narrow, wing-like fenders. It bears the maker’s plate of Carrosserie Chauvet, 88 Rue Fez Ileau, Levallois, a tiny firm active from 1912 until 1929 that produced bodies for all the most superb French chassis of the era; this is believed to be their only surviving creation on a Bugatti.

Bugatti historian Pierre-Yves Laugier notes that the Type 22 was originally ordered for one Karl Fisher of Tubingen on 19 November 1913, but this order was soon cancelled, and the car sold by G. Dillón-Kavanagh, the agent in charge of the sale of most Bugattis in France, to Seine agent Albert Viriot. Viriot competed in a “6 HP Bugatti” in the Tourisme category at the Cabourg race meeting between 12–14 July 1914, with the Parisian registration plate 7127 I; it may have been this car which finished 1st in its class. Laugier indicates that based upon period race reports, the engine was likely one of 1,500-cubic-centimeter capacity, and thus may have been one of the special Type 22 engines built by Bugatti with slightly larger 68-by-110-millimeter dimensions.

The car likely remained in the Paris area through World War I. On 10 July 1919 it was registered anew as 8753 C, in the name of Mrs. Louise Terrillon, whose son Jean may have used it later in the 1920s; it was eventually given to her grandson, René Terrillon, who as a young man in the early 1950s used it as his everyday automobile, even piloting it in the snow!

Following Jean Terrillon’s passing in 1972, the Type 22 was sold to noted Bugatti dealer Henri Lalanne of Tours; Laugier notes that Bruno Vendiesse recalled seeing the car at Lalanne’s castle, in completely original condition and needing only a cleaning. Soon thereafter it was sold to collector Gerard Paquet. A restoration was begun but before the car could be completed it was sold to Jean-François du Montant, who passed it to the current owners following completion of the restoration in the early 1990s.

The car exhibits wonderful craftsmanship throughout, more indicative of later coachbuilt bodies, including beautiful leather upholstery and a well-crafted canvas top. While the restoration is older and exhibits some wear around shut lines, as well as gentle use under the hood, it retains Bugatti-badged instruments, in addition to a more recently fitted Jones combination speedometer/odometer. Bronze Rushmore headlamps, which look right at home on the car, indicate possible British history.

This is one of very few early Bugattis extant and even fewer still available, much less examples that have such fine styling. It would be a wonderful counterpoint to a Type 35, Type 57, or both in a new owner’s collection, just as it has within its present home for some three decades—demonstrating the genesis of the Bugatti legend. 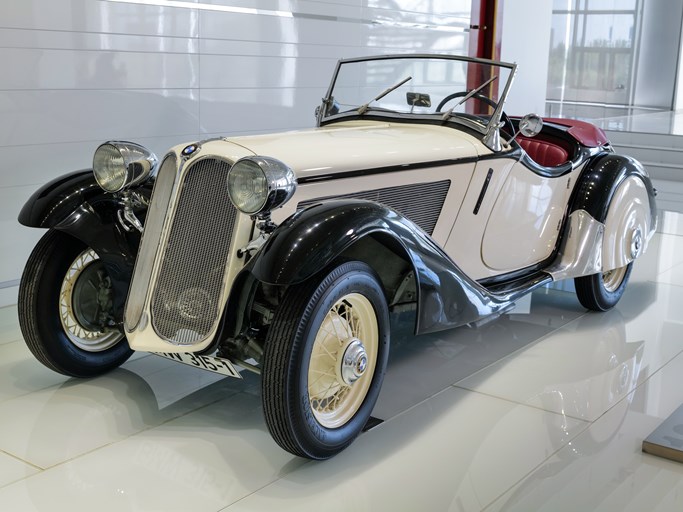 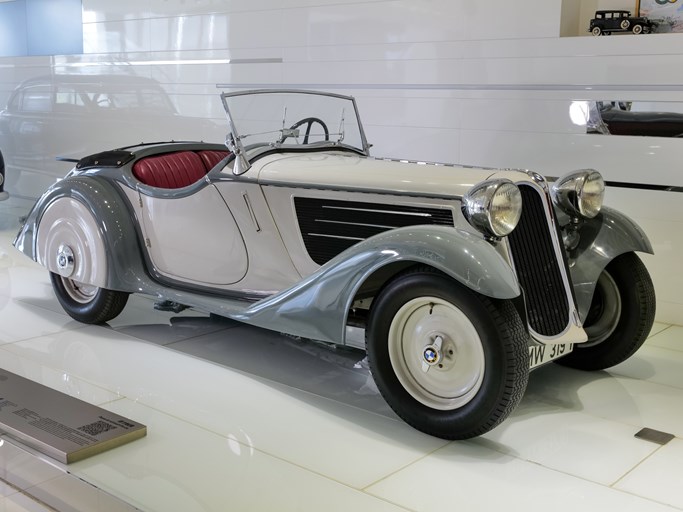