In 1972 BMW introduced the 3.0 CSL, a homologation special in the tradition of the 1800 TiSa and the 2002 Turbo. With increasing engine displacements and a progression of aerodynamic effects modifications, the CSL became the grist for the marque’s competition forays through 1976. Tremendously successful and beautiful to behold, thanks to sleek Karmann-built coachwork, the CSL was a proven race winner in the European Touring Car Championship, German Touring Car and FIA Group 5 events, and the American IMSA Camel GT series.

This beautifully restored CSL is one of 169 first-series examples built between May 1971 and July 1972, notable for carbureted induction (later series featured fuel injection). Chassis no. 2279 was reportedly originally delivered to Italy, and at some point in the 1970s the car was exported to the United States and assumed ownership in the Atlanta area.

Discovered and acquired in 1986 by a well-known BMW collector, the CSL was treated to a comprehensive restoration during the early 1990s. A Weber carbureted replacement engine was sourced and installed, mated to a new five-speed manual gearbox. Much of the restoration was supervised by Paul Schultz of Denver, with parts sourced from Carl Nelson and advice and expertise provided by model expert Richard Conway. Completed in 1997, the outstanding refurbishment included a quality repaint in black, followed by application of the classic three-colored stripes suggestive of BMW Motorsport.

Acquired by Henry Schmitt in March 2014, this handsome 3.0 CSL was soon adorned with a handful of details from the later CSL series, most prominently including a “Batmobile”-style trunk lid. The original lid and the original matching-numbers engine block are included with the car. Presenting beautifully, this authentic and well-maintained example of one of BMW’s most celebrated models would make a splendid acquisition for any motorsport enthusiast. 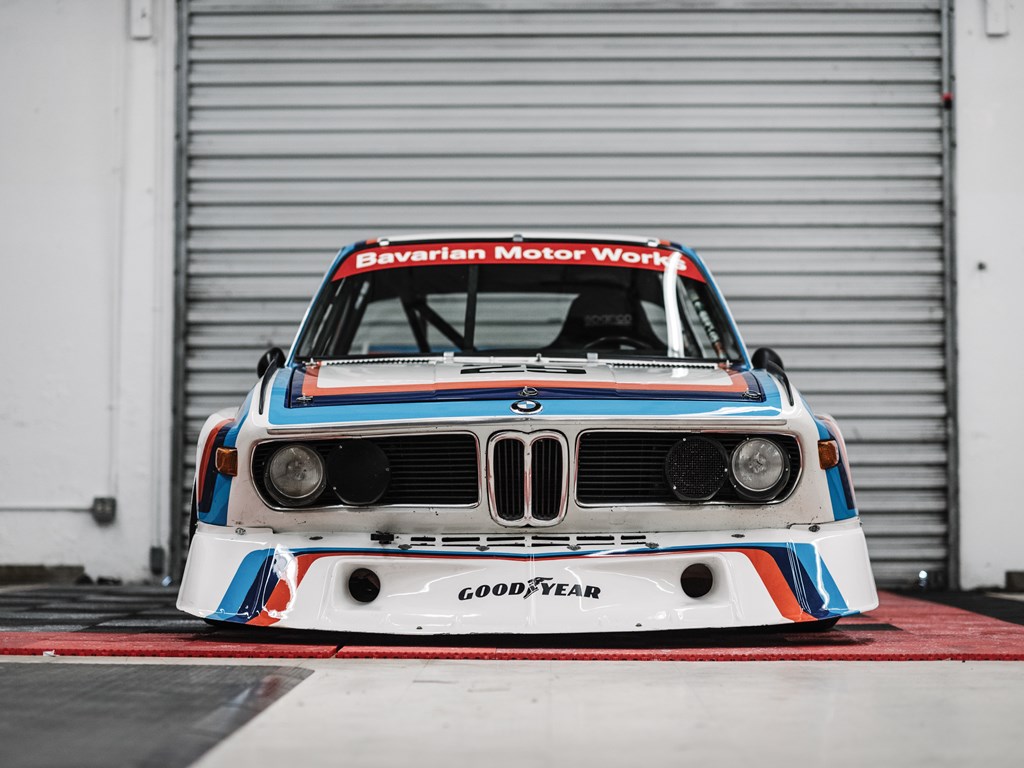