A highlight of Maserati’s years under Citroën’s ownership, the Bora was first unveiled as a mid-engined GT car for the individual looking for an automobile at the crossroads of performance and refinement. Rather than an all-out sports car, the Bora was refined and sophisticated, featuring an air-conditioned cabin with hydraulically controlled windows, pop-up headlights, adjustable seats and pedal box, along with hydraulic ventilated disc brakes.

Of the 564 Boras produced from 1971 to 1980, 275 examples were fitted with the desirable 4.9-liter engine. Boasting slightly more power than the 4.7-liter models, these cars could easily reach a top speed of over 173 mph.

Information provided by Maserati Classiche shows that this particular 4.9-liter Bora was produced on 27 July 1973, finished in Rosso Fuoco with a White interior. It was then shipped to Larry Reed Inc., the Maserati dealership on Wilshire Boulevard in Beverly Hills, before being delivered to its first owner, John Krosnoff, also of Beverly Hills, on 30 May 1975.

The car’s subsequent ownership history is not known, by but the time it was acquired by the Riverside International Automotive Museum, the car was still finished in its original red over white color scheme and retaining its original engine. For the Fall 2012 issue of Motor Trend Classic, Doug Magnon tested the Bora alongside his Maserati Merak with writer Jonny Leiberman. In addition to its original warranty card, this Bora is accompanied by a tool kit and jack.

In the Motor Trend Classic article, Magnon commented that “as a 1970’s supercar, the Bora raises one’s pulse like that of its competition, namely the Lamborghini Miura, and Ferrari Boxer. However, the Bora’s machismo is matched with the gentlemanly manners befitting a Maserati Grand Tourer.” Truly a gentleman’s mid-engined sports car, Boras are wonderful automobiles in all regards, and this example would make for a wonderful driver while eliciting many favorable comments while out and about. 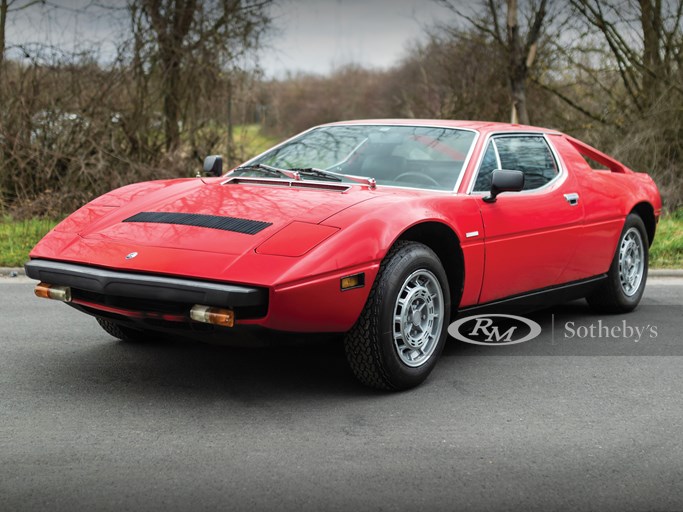 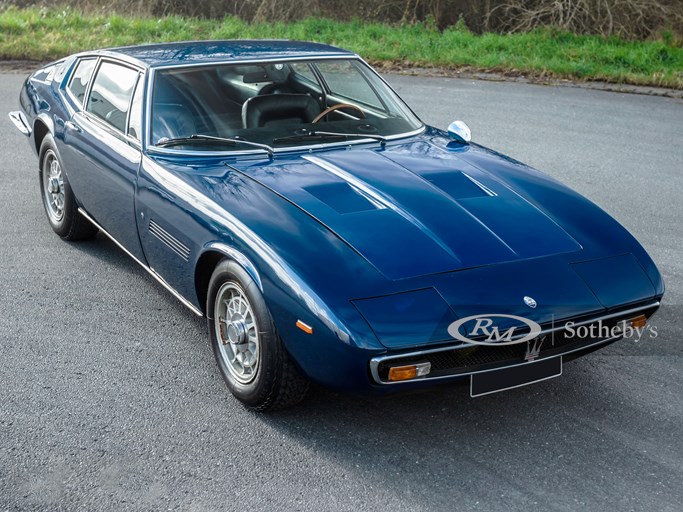 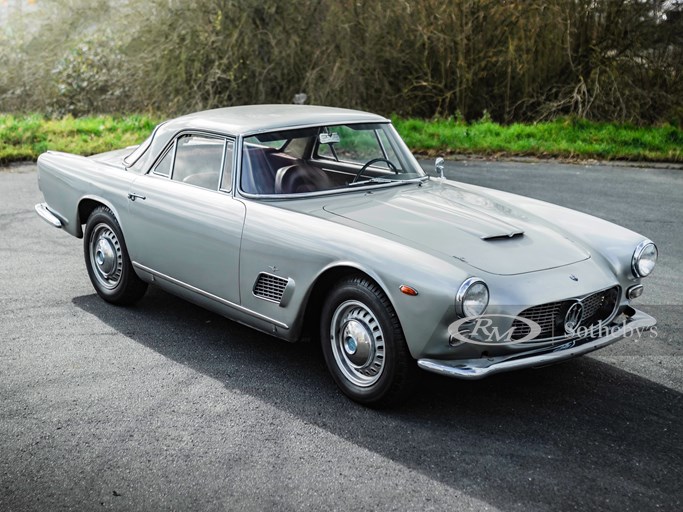 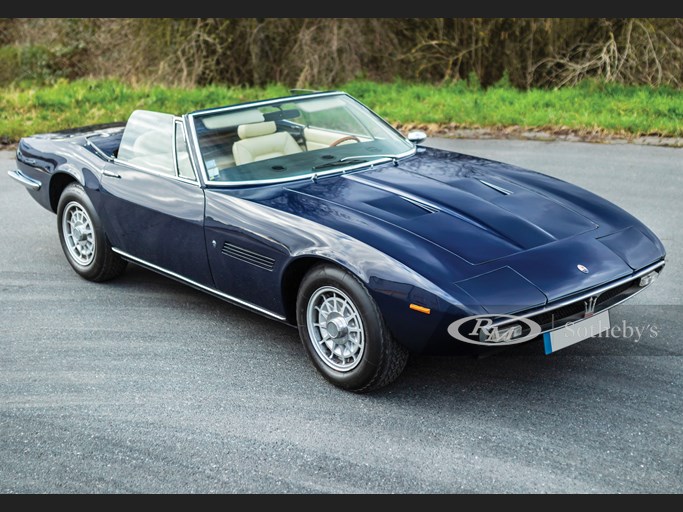