Please note that this lot will need to be collected from Madrid, Spain.

Please note this car does not have taxes paid in the EU, as such if it is to remain in the EU the applicable VAT and import duties will be due §

While RUF earned its reputation through customizing and modifying Porsches, the CTR3 is a vehicle of the company’s own creation. Its Porsche roots are evident at first glance to anyone familiar with the 997 or 991 generations of 911 but undeath its curvaceous bodywork is a truly groundbreaking supercar.

RUF developed the CTR3 platform in conjunction with the Canadian supplier Multimatic, the same company responsible for production of Ford’s new, Le Mans class-winning GT. Its footprint is about that of a 911, but the CTR3’s wheelbase is nearly 11 in. longer to accommodate a rear-mid-mounted engine.

At its heart is Porsche’s 3.8-litre flat six-cylinder engine, which has been upgraded with a pair of KKK turbochargers. Output was initially quoted as 691 bhp, but the later CTR3 Clubsport that debuted in 2012 offered an incredible 777 bhp on tap. Power is managed through a seven-speed dual-clutch transmission, and the CTR3 Clubsport boasts an incredible 236 mph top speed.

Tipping the scales at just 3,000 lbs, the CTR3 handles more like a supercar than a sports car, thanks in part to is rear-mid-engine layout. Acceleration is truly ferocious, coupled with excellent handling thanks to Porsche 997-sourced MacPherson struts up front and a RUF-engineered multi-link rear suspension.

Finished in beautiful Oak Green, the CTR3 Clubsport offered here is amongst the last of its kind. It was proudly shown by RUF at the 2018 Geneva Motor Show alongside the RUF SCR, which premiered that year. Inside, the car is trimmed in black leather with green tartan seat inserts, adding a touch of character to its otherwise sporting atmosphere. Shortly after being shown at Geneva, the car was acquired by its present owner who has driven it roughly 1,400 km since his purchase.

Of the fewer than 30 CTRs constructed by RUF, just seven were outfitted to Clubsport specifications. Truly RUF’s wildest creation, the CTR3 represents decades of experience in both tuning and manufacturing high-horsepower automobiles, and it goes without saying that the CTR3 provides a truly extraordinary driving experience. This example presents beautifully throughout and would be an incredible addition to any collection of modern supercars. 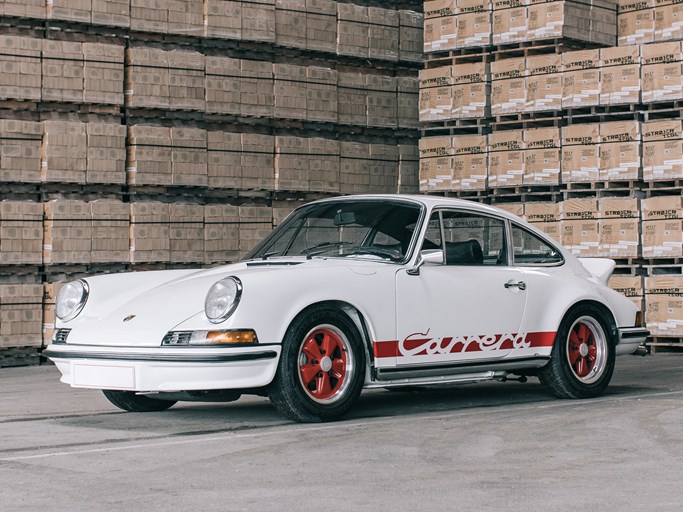