While competing marques began the design and construction of road cars with mid-mounted engines during the 1960s, Enzo Ferrari was resolute in his unwillingness to follow this growing trend. However, at the urging of Sergio Pininfarina and a number of Ferrari dealers, Ferrari finally authorized the construction of a mid-engine, six-cylinder production model. The stunning Dino 206S, which was unveiled at the Paris Salon in October of 1965, was succeeded by the Dino Berlinetta GT at Turin the following year, and the first production Dino, the 206 GT, débuted at Turin in 1967. The Dino was not only Ferrari’s first mid-engine production car, it also marked the début of a new Ferrari-based Dino brand that was entirely devoid of Ferrari badging, in keeping with Enzo’s intention to honour the memory of his late son.

This particular 246 GT is quite simply one of the finest examples we have ever had the pleasure of offering. Following a meticulous restoration, the car was a concours award-winner from the Ferrari Owners Club and has been driven very sparingly ever since. Offered from the collection of a highly respected Ferrari enthusiast, it was delivered new as a UK-specification, right-hand drive example. Presently finished in red over black, the car’s indicated mileage stands at less than 73,500. From the engine compartment and black interior, right down to the Cromodora wheels, every element has been properly restored to ensure that the car is presented in the correct manner in which it left the factory. The engine is, of course, the numbers-matching unit with which the car was built new.

In a contemporary road test, Road & Track described the Dino 246 driving experience as “pleasurably sensual” and continued, “Even on a slow run to the corner drugstore, the Dino seems to be working, snarling, racing”. Add to that the privilege of driving a superbly restored, award-winning example and the ownership experience is surely all the more exceptional. 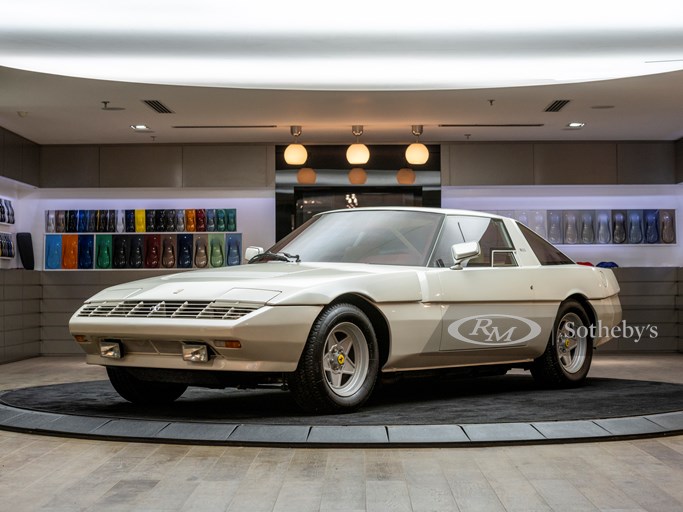