Please note that this lot is titled as a 1958 Ferrari.

Few competition sports cars of the 1950s loom larger than the Ferrari 250 GT Berlinetta. It so dominated the multi-stage Tour de France that the model was nicknamed for the 3,600-mile, week-long event consisting of six circuit races, two hill climbs, and a drag race. Based on the long-wheelbase 250 GT road car and produced in four distinct series, the 250 GT Berlinetta “Tour de France” was built in a modest quantity of 72 examples, prized by collectors for their exquisite lightweight bodywork, advanced racing mechanicals, and undeniable significance in Ferrari racing history.

While the 3.0-liter type 128 “Colombo” short-block V-12 engine was fitted with triple Weber 36 DCL/3 carburetors (often with velocity stacks) to improve induction and resulting horsepower, the chassis was clothed in striking lightweight aluminum coachwork from Scaglietti. In combination with Perspex glass and a minimally equipped cockpit, the new Berlinetta boasted an improved power-to-weight ratio, and stood ready to battle competitors like the Jaguar XK and Mercedes-Benz 300 SL.

The very first 250 GT Berlinetta, chassis number 0503 GT, finished first in class at its debut race at the Giro di Sicilia in April 1956. Six months later the legendary Marquis Alfonso de Portago drove one of the cars to an overall victory in the grueling Tour de France rally. Belgian racing driver Oliver Gendebien went on to win the French race in a 250 GT Berlinetta for three consecutive years from 1957 to 1959.

The scarcity of 250 GT Tour de France factory models has given rise to recreations such as the example offered here. Based on a 1958 250 GT Pinin Farina Series I coupe, it is eminently appealing: its chassis is virtually identical to that of the competition model, allowing for a truly authentic recreation.

Chassis number 3457 is said to have originally been delivered to the United Kingdom and is believed to be one of only nine right-hand-drive, long-wheelbase 250 GT Berlinetta Pinin Farina models out of a total production of 350. A previous owner is said to have undertaken the conversion in the 1990s with the goal of creating the ultimate “Tour de France” specification suited to modern driving conditions. Much effort was made to incorporate the best features from the various Tour de France series, including fitment of an “outside-plug” 3.0-liter V-12 engine, disc brakes, and Koni telescopic dampers. Subsequent to the original conversion, the engine is said to have been fully rebuilt to GTO specifications by noted London-based marque expert Joe Macari. The car wears stunning red and black livery while the interior is impeccably finished in beautiful leather of a deep blue hue, chosen for its historic use as the standard racing color of France.

Well cared-for as part of the Gene Ponder Collection since April 2019 and now featuring a replacement chassis plate bearing the number 1119, service invoices dating from 2019 and 2020 indicate that the car has benefitted from body work to bring it even closer to Tour de France specification. A new windshield—made of glass rather than the previous Lexan—as well as hand-crafted bumpers were also fitted, and the ignition and other systems were tuned up to ensure the car remained in top condition.

Highly celebrated by serious collectors, the 250 GT “Tour de France” epitomizes the finest in dual-use grand touring Ferraris that could be driven to the circuit and vigorously raced before enjoying a relaxing trip home. Given the extremely limited number of factory originals, this well-executed recreation presents a rare opportunity for a devoted collector to experience some of the magic firsthand. 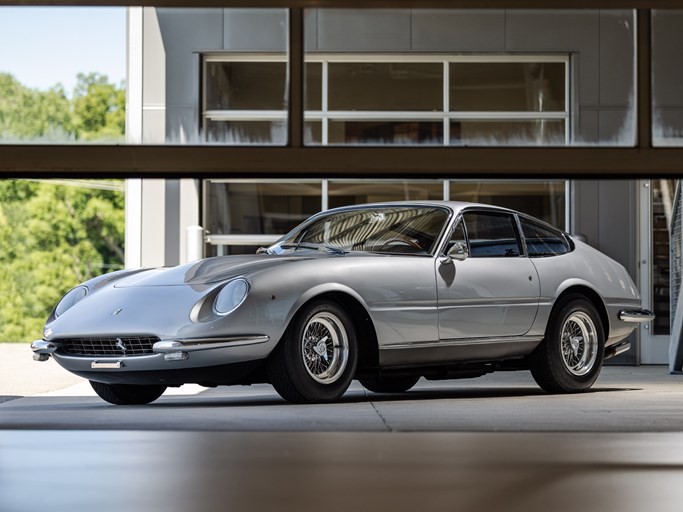 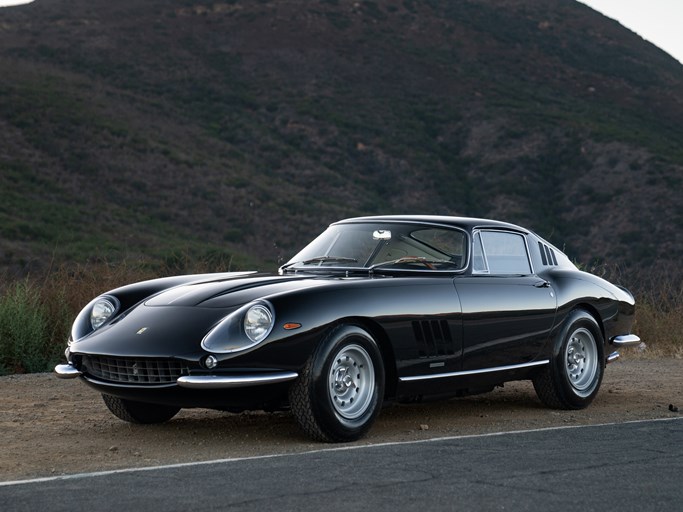