AMG was far from a household name in the late 1970s and early 1980s, but the firm had established an excellent reputation for modifying Mercedes-Benzes. One of their earliest and most celebrated conversions was fitting the W123 chassis with a 5.0-litre V-8, costing a whopping 65,000 Deutsche Marks. It is rumoured that only a pair of wagons, sedans and a single coupé were converted.

While its early history is not known, this example was discovered in early 2013 by Henric Nieminen, a California-based AMG enthusiast. The previous owner was not aware of the history of the car but after seeing it in person, it was far more special than the ad let on.

The intrigue increased after inquiring with Mercedes-Benz. The very early M117 5.0-litre V-8 fitted to the car was found to not have been allocated to any specific chassis, yet boasted tubular headers, downpipes, secondary oil cooler and motor mounts custom designed to fit the W123 wagon’s engine bay. The car also retained a full AMG body kit, OE skid plate, cast aluminium rear suspension, date-stamped 1979 Recaro seats with upholstery that matched the door cards, taxi upper console for additional gauges and other hallmarks indicative of an early AMG conversion.

The sum of these parts suggests the car was built in period by either AMG in the United States, or by someone who had intimate knowledge of Mercedes-Benz and AMG products at a time when few people would have had such knowledge outside AMG. However, there is no conclusive proof or documentation to support this.

The car was cosmetically refreshed over the course of 2013 and retained by Nieminen for the next four years. Interestingly, it was used by BBC America’s Top Gear America in a segment, celebrating 50 years of AMG. In 2017, it was purchased by the consignor and imported to Switzerland, where it has remained ever since as one of the highlights of his collection of pre-merger AMGs. 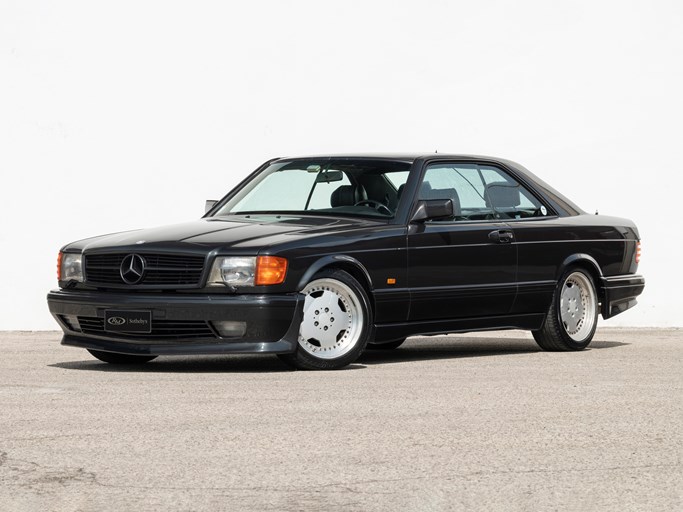