This striking Cadillac was one of just fourteen examples of the highly sporting Convertible Coupe by Fisher delivered on the 1932 V-16 chassis, only four of which are known to have survived. Its build sheet records its original delivery with stainless steel wire wheels and a single rear-mounted spare; a second page of additional options includes the Heron radiator mascot still present. Delivery was made to a dealer in Brooklyn, New York.

In 1959 the Cadillac was discovered in a sawmill on an American Indian reservation in Northern Minnesota by early Full Classic enthusiast Elmer O. Franzen of Minneapolis. As he recounted in the February 1966 issue of the Cadillac-LaSalle Club’s The Self-Starter, “For four years, the cajoling, wheedling, pleading, coaxing, in fact everything short of blackmail, continued with no success as far as closing a deal was concerned.” His persistence had paid off, however, and in late 1965, “the fellow decided to sell just to get rid of me.” Photographs of the car as-found, published in The Self-Starter, testify to its solid and intact overall condition, as well as to its presentation with its rear-mounted spare. Significantly, the article also identifies the Cadillac clearly by both engine and body numbers. Mr. Franzen noted that all of the exterior trim remained with the car.

Mr. Franzen further commented that he intended to begin work on the car once he had concluded some earlier projects. However, little work was completed before the car (and a second 1932 V-16) were transacted in the late 1960s to fellow collector Wayne Merriman of Shawnee, Kansas, in a trade for three or four other automobiles. Mr. Merriman’s son recently recalled that his father had pursued the car for years before finally buying it, and that it retained much of its original paint and “was so original that it was a good reference point for other cars.” It remained untouched in the collection until the early 1990s, when it was sold to avid collector Ronald Benach of Lake Forest, Illinois.

The Cadillac was the first of several automobiles to be restored for Mr. Benach by the great Fran Roxas; the scrupulous restorer first took numerous detailed photographs of the car upon-delivery, confirming its fine originality and intact condition. He then completed a painstaking restoration in the wonderful, rich period Cadillac color of Bottle Green, with a rich tan leather interior and khaki cloth top, and the original rear-mounted spare.

In 1995 the restored V-16 appeared in the “American Classic 16 Cylinders 1930-1937” class at the prestigious Pebble Beach Concours d’Elegance, and was judged Best in Class. It would return to Pebble Beach with Mr. Benach in 2002, this time as an exhibition-only entrant.

After remaining a long-term denizen in the Benach Collection, as what Ron Benach describes as “the first to enter and the last to leave,” the car was acquired in 2017 by the current owner; under his tenure, the Cadillac has enjoyed the superb care and maintenance typical of his ownership. Freshening performed under his ownership has included a rebuild of the carburetors and new porcelain on the exhaust manifolds. In 2018 the car was exhibited at the Amelia Island Concours d’Elegance, where it received the Claude Nolan Cadillac Award for the Most Elegant Cadillac.

This is inarguably one of the finest, most desirable of all V-16 Cadillacs—a striking, landmark acquisition for any collection. 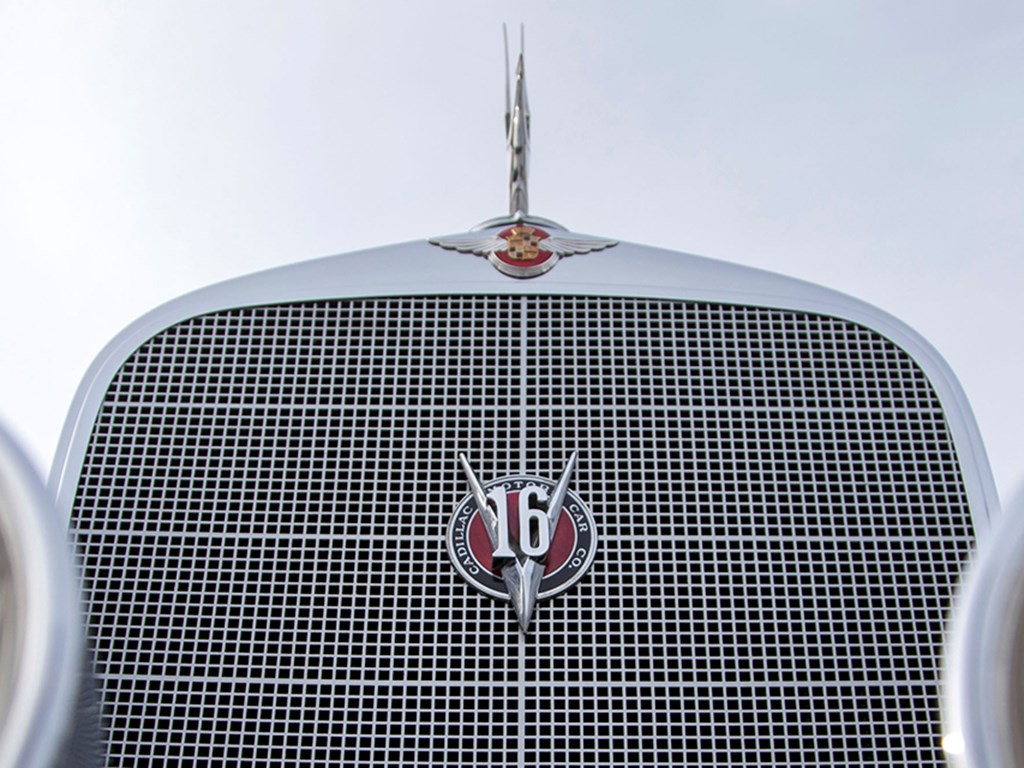 The flagship Cadillac was finished with a level of detailing rarely seen among manufacturers of the era. 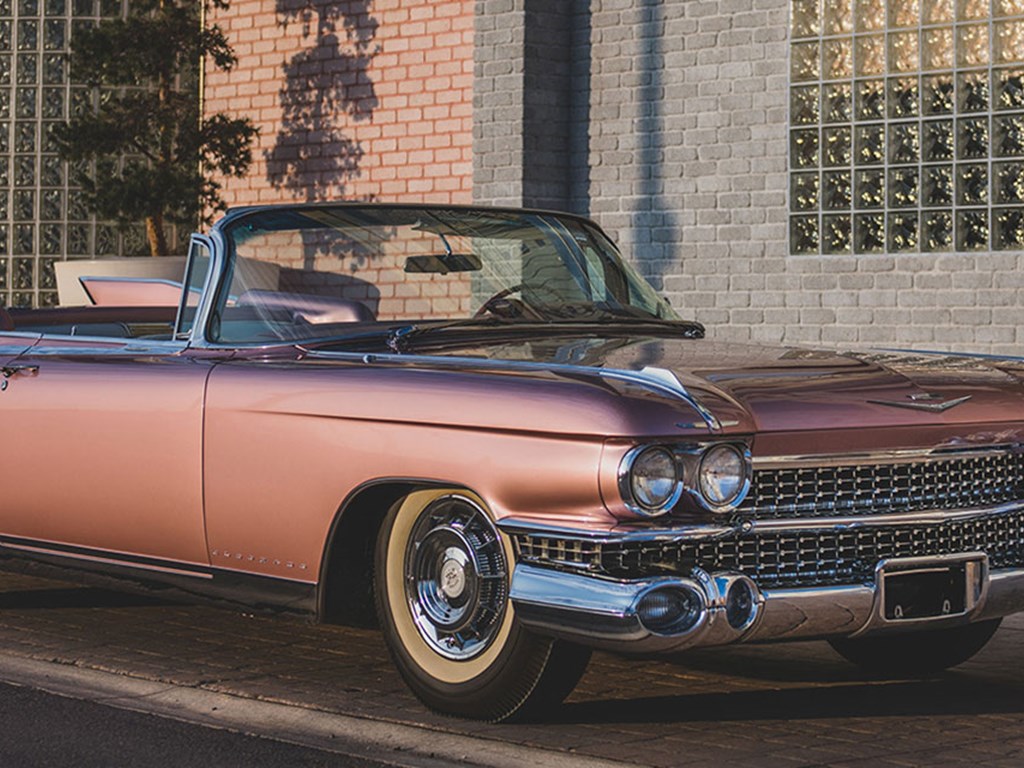