For Gerald “Jerry” Wiegert, the wedge-shaped Lamborghini and Ferrari sports cars of the 1970s were more than a passing interest. After completing his studies at the Art Center College of Design in idyllic Pasadena, California, Wiegert started a design firm called Vehicle Design Force with the intention of building a wholly American supercar.

The Vector W2—its name derived from Wiegert’s last name and from its twin-turbocharged V-8 engine—boasted a cutting-edge design that wowed show-goers for more than a decade while its builder raised funds to put it into production. Car & Driver said of the W2 that it was created “the way you’d build a Formula 1 car if you could afford to.”

Wiegert’s day finally came in 1989 when production started on the Vector W8, America’s first supercar that in so many ways represented what the 1980s were all about. Its design benefitted from massive leaps forward in computer engineering and the materials Vector used to build the mid-engine, rear-wheel-drive sports car were cribbed from the aerospace industry. After all, Vector referred to itself not as an automaker but as the Vector Aeromotive Corporation.

The W8’s monocoque chassis was bonded with epoxy and riveted to an aluminum honeycomb structure floor pan. Overall, about 5,000 rivets were used in the car’s structure. Intercooled Garrett twin-turbochargers helped the 6.0-liter Rodeck V-8 produce 625 hp, making it among the earliest cars to exceed 100 hp per liter. The W8 was ferociously fast. One reportedly hit 242 mph on the Bonneville Salt Flats in Utah. Nearly two dozen were built and at a price of nearly $450,000 in 1990, allowing Wiegert to turn his focus to its successor.

The Avtech WX-3 prototype was to preview a production car when it was first displayed at the 1992 Geneva Motor Show. Its silver paint reflecting the bright lights of the Geneva Palexpo Center, the WX-3 was initially a mere showpiece. The WX-3 prototype owed its advanced composition to the W8, including carbon fiber and Kevlar. Though its profile was angular, the WX-3 had streamlined, curved bumpers and cut lines that marked it as a product of the early 1990s. Its pop-up headlights look like a throwback today, but they were still popular when the WX-3 was unveiled in Geneva.

Inside, the WX-3’s interior was far more refined, but still shared its airplane cockpit control arrangement with the W8. The switches and buttons were organized in a more conventional array. The hardtop eschewed deeply bolstered sports seats in favor of a three-across seating configuration clothed in black leather with teal green trim, an option previously made available for the W8 export market. Side windows that slid open helped save weight and reduced complexity, as did triangular mirrors integrated into the A-pillars.

A year later, Vector had more to show at the 1993 Geneva salon. By then, the company had wedged its twin-turbo Rodeck 7.0-liter, 1,000-hp V-8 behind the passenger compartment and repainted the WX-3 the Brilliant Aquamarine it wears today. It was joined by the open-top purple WX-3R (for Roadster) at the automaker’s California modern-themed stand at the motor show. Wiegert chose the teal and purple hues because they matched the logo of his Aquajet jet-ski firm. After putting these finishing touches on the mind-blowing show car, the final cost to develop and build the WX-3 prototype coupe had reached $1,000,000!

At its introduction, Wiegert and Vector boasted of plans for a trio of high-performance engines with output ranging from an impressive 600 to a staggering 1,200 hp. The WX-3 prototype features a variable boost 1,000-hp version of the twin-turbo V-8 paired to a heavily modified General Motors Turbo-Hydramatic 425 transmission. It was the only Vector to be equipped with the larger and more powerful 7.0-liter engine. At the time, Vector claimed that the WX-3 could complete the 0–60 mph sprint in just 3.3 seconds before reaching a top speed of 248 mph.

Due to a hostile takeover attempt by the Indonesian company that owned Lamborghini at the time, the WX-3 never left the prototype phase. After a court battle, Wiegert was able to retain ownership of the WX-3’s design, which prevented Megatech from ever producing the vehicle. Megatech used the WX-3’s styling as its basis for the Lamborghini Diablo-based M12 that it debuted in 1995, but it was panned by automotive magazines and was never successful as a racing car. In the end, the WX-3 coupe and WX-3R roadster were the last all-American Vector examples completed.

Wiegert’s WX-3 was well received by media at its teaser introduction in Geneva in both 1992 and as a complete vehicle a year later. It appeared in an episode of the mid-1990s CBS revival of the TV show Burke’s Law and has been exhibited at numerous car shows in the last 25 years by Jerry Wiegert, who retained ownership of both the coupe and roadster prototypes.

Although it never made production, the WX-3 represented the very best of America’s first supercar and offered enormous potential for the future. The spirit of the WX-3 lives on today with the next generation WX8 currently in development, which carries on the tactical fighter aircraft for the road theme with plans to make use of a big-block V-8 engine capable of over 2,000 hp. 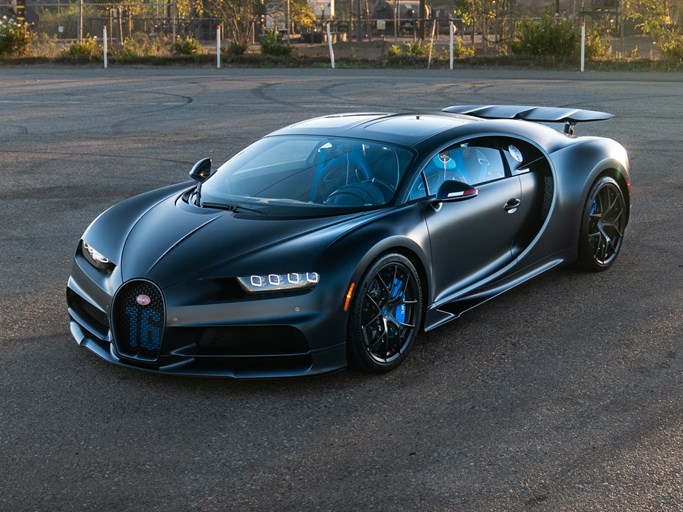