Introduced in August 1933, the Eleventh-Series Packard Twelve reflected a growing influence in streamlined design, and today they are considered some of the most beautifully drawn and exquisitely proportioned cars ever built by the firm. Among the roster of available body styles, the Convertible Victoria on the 147-inch-wheelbase 1107 platform stands tall, with its svelte and elegant lines that, as historian Edward J. Blend noted, “represented a design high point” for its era. Fewer than ten examples remain extant, and the majority of them are greatly treasured by their owners and have remained in their hands for many years.

The example offered here is believed to have been delivered by the Earle C. Anthony showroom in San Francisco on 21 July 1934, as noted on its reproduction firewall tag. It eventually passed into the ownership of F. Gooding of Idaho, who began the restoration, including having the engine rebuilt by the late, great twelve-cylinder Packard guru Charlie Last. During Mr. Gooding’s ownership, the car was featured in the updated listings of Edward J. Blend’s The Magnificent Packard Twelve of Nineteen Thirty-Four. Mr. Gooding eventually sold the partially restored car to the well-known, longtime collector and enthusiast Gerald Greenfield, for whom a complete two-year restoration was performed by Murray Motor Car of Monroe, Washington.

Mr. Greenfield exhibited the car at the concours d’elegance at Everett, Washington, and Forest Grove, Oregon, winning Best of Show at each. This was followed by an appearance at the 1995 Pebble Beach Concours d’Elegance, where it was awarded 1st in Class, reportedly achieving a perfect score. The following year it was purchased by the respected Michigan collector John McMullen and would remain in his renowned fleet for a decade. Indeed, the Packard was considered one of the centerpieces of the McMullen Collection—no small feat in a gathering that also included a one-off Murphy-bodied Cadillac and a Duesenberg. During its time in the collection, the car achieved its Senior First Prize in Classic Car Club of America competition and was judged 1st in Class at the Meadowbrook Concours d’Elegance in 1998.

Acquired by Keith Crain from the McMullen Collection in 2007, the Packard remains in fine overall condition and has continued to add awards to its roster, including a Lion Award at Meadowbrook in 2009; it also made a second appearance at Pebble Beach in 2010. The quality of workmanship is still very clear throughout, including the subtle silver highlights and blue striping of the ebony bodywork, the supple dove-grey leather interior, and the black Haartz cloth top; the fit and finish throughout is superb. Additionally, the car is well accessorized, with chromed wire wheels, a single Pilot Ray driving light, Lalique crystal Tete l’Egle mascot, and a rare chrome luggage rack bumper.

Among the very finest and most frequently honored restored examples, this superb twelve-cylinder Packard really is magnificent—a surefire crowd and judges’ favorite wherever it is to be shown with its next caretaker. 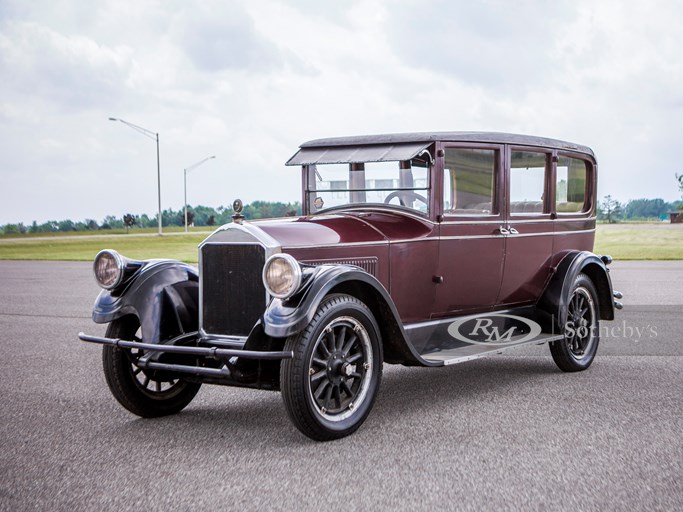 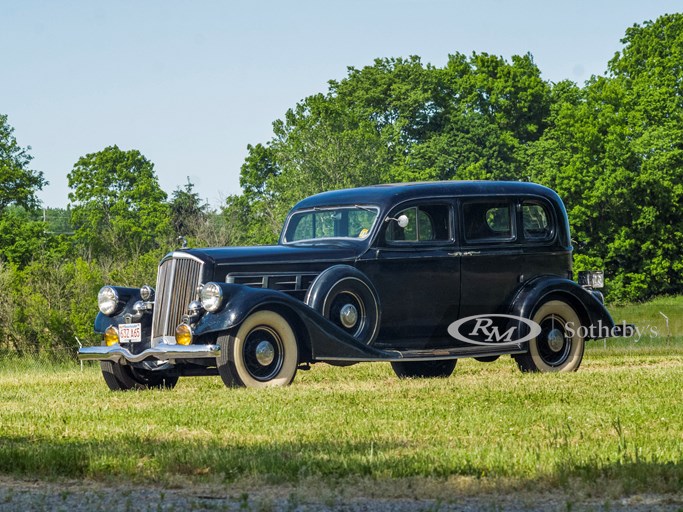 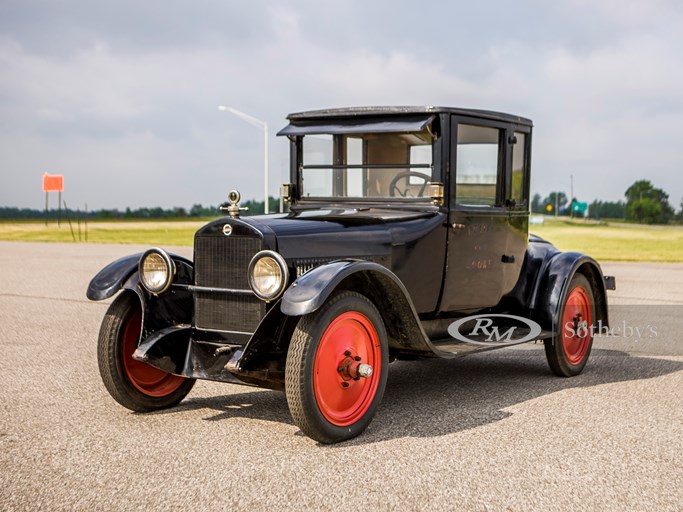