Despite the dramatic stock market crash of late 1929, Packard remained in excellent financial health after its many years of dominance over the American fine car market. Nonetheless, company leaders were justifiably concerned about the growing economic crisis and its possible impact on sales. Rather than retreat, however, Packard boldly redoubled its efforts with the development of the new-generation Twin Six. Carrying a wide range of spectacular factory and custom-built bodies, Packard’s Twelve remains without doubt the signature car of the Classic Era with its finely detailed lines, elegant details and highly developed chassis.

In a sense, Packard’s second-generation twelve-cylinder models were never meant to be. Inspired by the front-wheel drive Cord L-29 and the innovative front-drive Miller racing cars of the 1920s, Packard management commissioned the construction of a prototype. A radical twelve-cylinder engine was first considered, with two tandem six-cylinder engine blocks, joined by a gigantic single crankshaft. However, extreme torsional loads on the crankshaft and the immense hood required by the layout rendered this idea impractical, but not before a prototype body and chassis were constructed. A much more compact and workable V-12 engine was selected next, allowing much greater flexibility in packaging the intended front-drive chassis.

Extensive development work and testing revealed significant weaknesses in the front-drive chassis, while the anticipated development costs soared to unacceptable levels. Packard engineers also found that the front-drive chassis lacked sufficient traction at the front wheels, yet when weight was moved forward to compensate, steering effort increased to the point that without power assist, the car was simply not drivable.

Cadillac, on the other hand, grabbed the lead in the multi-cylinder race with their exquisite new sixteen-cylinder models in 1930, followed by a similar V-12 in 1931. Consequently, Packard dealers acutely felt the pressure, having been forced into a defensive posture. The solution, born of necessity, created one of the defining models and moments of the Classic Era – the installation of the new Packard V-12 engine into Packard’s well-proven Deluxe Eight chassis. The resulting automobile was christened the Twin Six, in honor of Packard’s first V-12, which was introduced more than 15 years earlier.

A completely new design, the 445 cubic inch V-12 engine included a narrow 67-degree vee-angle and was optimized for absolute smoothness and silence of operation. While the advertised output of 160-hp was certainly respectable for the era, it was the incredible torque peak of 322 ft-lb, obtained at just 1,400 engine revolutions. While a five-passenger sedan variant was clocked at 101-mph, stunning performance for road cars of the era, Packard coyly chose to describe the Twelve’s top-speed performance in its promotional materials as being “over 85.”

By 1933, the name had been changed to the Packard Twelve to more clearly convey that the V-12 was indeed an all-new development and not simply a reprise of the old Twin Six design of the 1920s. Further refinements in the short-running Tenth Series cars, which were introduced in January 1933, created what many believe to be the ultimate expression of the Packard Twelve concept. Mechanical advancements included sturdier X-braced frames as well as driver-adjustable power brakes, downdraft carburetion with automatic choke and a fast-idle circuit, topped by an improved dual-coil ignition system. It and the Eleventh Series cars that followed were also the last Packard models with flowing fenders and classic lines before the advent of the more streamlined look of 1934 and beyond. The front ensemble of the Tenth Series was truly beautiful, with a graceful vee-shaped radiator shell and shuttered radiator, as well as matching headlights and fender lights.

The 1933 Tenth Series Packard Twelve models were available along two basic wheelbase lengths, with both capably accommodating an array of factory-built and custom body designs. The Model 1005 chassis had a 142-inch wheelbase and was offered with nine possible body styles, while the 147-inch Model 1006 chassis was graced by three open and three closed designs by Dietrich, as well as a number of custom bodies by Brunn and other fine coachbuilders of the era. As a result, the Packard Twelve could easily accomplish virtually any requirement of its discerning and upscale buyers. With their limited production totaling just 520 examples for 1933, each surviving example is very rare.

Of all the open body styles based upon the Model 1005 chassis, the sporting yet elegant Five-Passenger Sport Phaeton remains one of the most attractive models in the eyes of today’s collectors and enthusiasts. Originally priced from $4,090 and weighing nearly 5,200 pounds, this dashing example continues to display a commanding presence as one of the most beautiful expressions of the powerful, stylish and sophisticated Packards of the early 1930s.

With a beautiful older restoration, this Sport Phaeton is complemented by a tan cloth top, a tan interior and a number of period accessories including a grille guard, dual Pilot-Ray lamps, dual sidemounted spare tires, dual spotlights and a rear-mounted covered luggage trunk. While no longer concours-quality, this particular Twelve nonetheless benefits from the knowledgeable care of just three (two long-term) owners since 1982. A former AACA Senior, Preservation and Grand National Award winner, it continues to exemplify the elegance of the senior Packard. 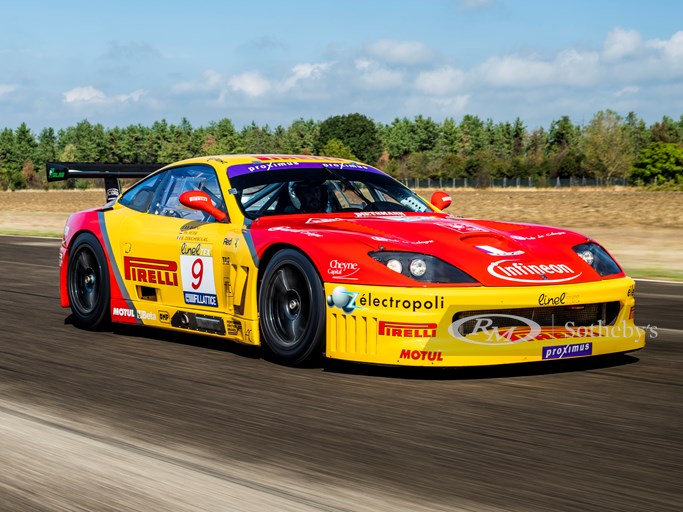 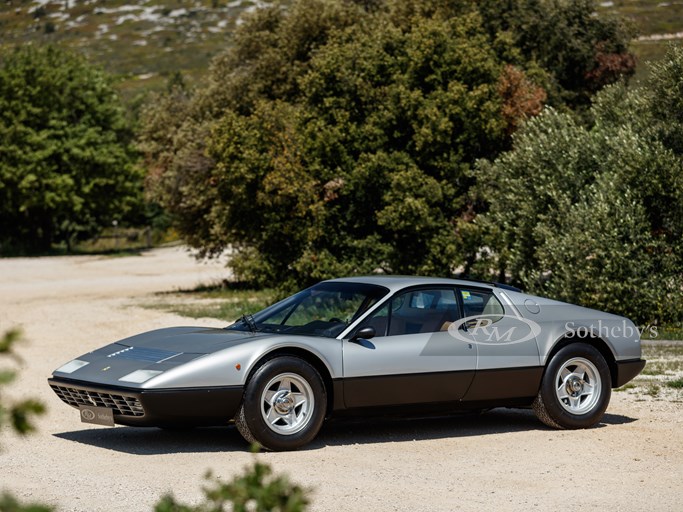