The XK 140 was launched at the Earls Court Motor Show in October 1954. It was essentially a re-engineered XK 120 intended specifically for the North American market—a market becoming increasingly more important to Jaguar. Nearly 90 percent of all models were sold with left-hand drive and exported stateside during the model run from 1954–1957. All three body styles of the 120 were retained with styling similar to its forerunner, but most important was a roomier cockpit.

Jaguar moved the bulkhead three inches forward, affording more legroom for tall drivers. The dashboard was raised an inch to give extra room beneath the steering wheel, and roadsters were given an extra three inches of seat travel. These changes combined to make the XK 140 cockpit a more pleasing driving environment for American drivers. Lucas J700 headlamps, different front turn indicators and rear taillights, number plate mountings, and for the first time, a boot lid handle, would subtly change the exterior appearance over the XK 120.

Badging proclaimed Jaguar’s Le Mans wins, and the chrome strip that ran down the bonnet continued on the boot lid, which, like the bonnet and doors, would be skinned in aluminum. An improved cooling system with an eight-blade fan, rack and pinion steering, sturdier bumpers, and a single 12-volt battery replaced the twin 6-volt units that lived under the bonnet (rather than behind the seats). Many enthusiasts consider the XK 140 the pinnacle of the XK series of Jaguars, offering a combination of XK 120 style with the comfort and usability of the later XK 150.

This particular car carries the highly desirable MC designation (known as SE elsewhere) used only in North America; “M” denotes modified and “C” refers to the C-type cylinder head as used on the racing XKC. Horsepower is further increased to 210 in the MC version thanks to the C-type head option with its bigger valves and improved porting. Only the twin exhaust gives it away from the exterior.

This is one of just 1,455 drophead coupes built for 1955, and its JDHT Certificate confirms that it retains its original matching-numbers engine. Currently painted in classic British Racing Green with a black canvas top over sage green hides, it is equipped with blackwall tires on chrome wheels. It was purchased by JK Restorations, Oswego, Illinois, in 1997 from an owner who parked the Jaguar in his garage in the 1970s, where it sat unused for 25 years. A frame-off restoration to original commenced in 1998, during which time the consigner purchased the vehicle. It was completed in 2000.

Beginning in 2002, the Jaguar was enlisted in JCNA competition numerous times, with consistent scores of 99 points and higher. Since then, the car has been meticulously maintained and toured extensively all over the United States, Canada, and Europe, including Goodwood, during his ownership. The Jaguar’s most recent tour was the 1,500-mile Sun Rally in 2013. It is currently fitted with a Borg-Warner T-5 five-speed manual transmission, electric cooling fan, radial tires, and the bolt-on front disc brake conversion to add to its safety and reliability during touring, though the original four-speed overdrive transmission is included with the sale.

This is a wonderful automobile to drive and enjoy this summer in Michigan! 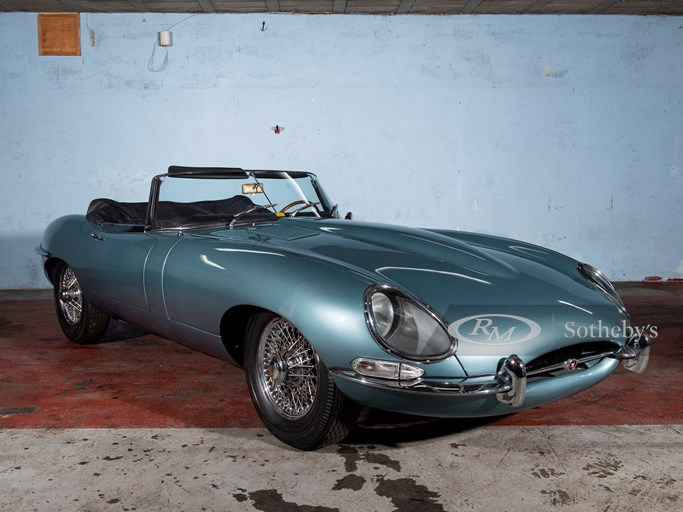 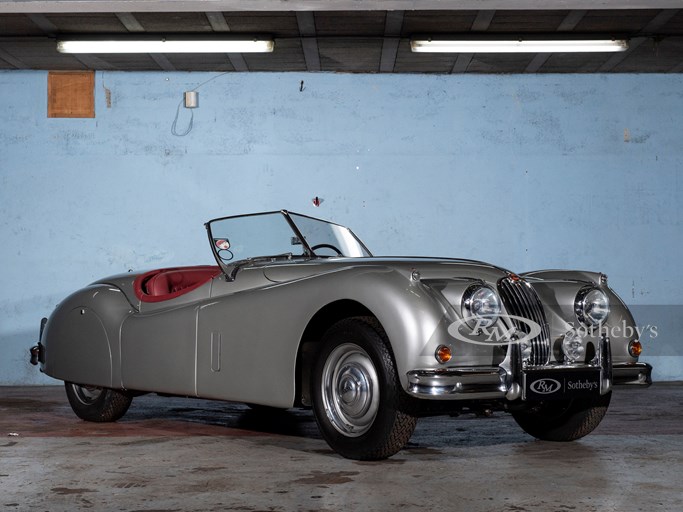