Vintage Bentley cars, or “W.O.s,” were produced between 1919 and 1931 under Walter Owen Bentley’s management at Cricklewood, in Northwest London, and in direct competition with Rolls-Royce 40/50 hp models. In 1931, Rolls-Royce purchased its competitor and moved its works to Derby. Cars produced in Derbyshire, from 1931 until 1940 are referred to as “Derby Bentleys” and have little commonality with Vintage Bentleys, other than the badge. It was those W.O. Bentleys that formed the company’s reputation both in motorsport and on public roads, one that stands proud to this day, and they remain the most celebrated and desirable of all Bentleys models.

The exceptionally-made Vintage Bentley cars were powerful, responsive, and surprisingly easy to drive—once one mastered the no-synchro gearbox. The A, C, D, and F-type boxes are the most desirable since they are easiest to master with their close-ratio gearing. This car is fitted with its original and most desirable close ratio “D” gearbox. Mr. Bentley, formerly an apprentice with the Great Northern Railway, gained considerable technical expertise used in creating a motor car carrying his name. It’s no wonder Vintage Bentley cars “…pull like a train…”

Archived by Bentley Motors and Vanden Plas, and subsequently by clubs like the Bentley Drivers’ Club, Rolls-Royce Enthusiasts’ Club and Rolls-Royce Owners’ Club and numerous publications, early Bentley cars are more accurately documented than newer models. The September 19, 1930 issue of The Autocar road test of the 4-1/2 Litre Supercharged car read, “The Appeal of Immense Power, Linked with Great Docility”. This one is no exception.

After its final test at Bentley Motors in Cricklewood on September 9, 1931, MS3938 fitted with an open four-seater Mayfair body and sold through Jack Barclay Ltd., to its first owner, a Bentley enthusiast who owned an earlier 3-Litre Bentley as well, J R. Quayle, of Blackpool. It second owner was H. St M. de Trafford of Tamworth, Staffordshire and this supercharged 4½-litre would also be his second Bentley, it is believed that he acquired the car sometime in 1935. Importantly, De Trafford owned the car through the Second World War to 1951 and by this point, the car was still fitted with its original coachwork. Clare Hay notes its subsequent owners as E.O. Hamblen-Thomas from 1951-1956, followed by Ian S. Burge from 1956 through 1961.

Few marques have had as many coachwork and engine replacements as the 1919–1931 Bentleys. Over time, many original, closed coachwork bodies were discarded in favor of more sporting, open tourers. Few original bodies remain intact today, as these cars were usually driven hard and fast, often in adverse conditions on very poor roads and often kept in damp garages. Therefore, the fact that MS3938 is no longer wearing its original four-seater body by Mayfair, is not unexpected.

Vanden Plas produced most of the open bodies fitted to vintage Bentleys. Affectionately nick-named, “Great Green Machines” many were built to resemble the Bentley racing team’s Bentleys VDP LeMans style tourer, finished in “British Racing Green”. Bentley cars won the 24 Hours of LeMans in 1924, 1927, 1928, 1929 and 1930, therefore the W. O. Bentley Vanden Plas Le Mans tourer is one of the most favored Bentley designs. The current body as thoroughly described in Clare Hay’s accompanying report, was fitted under the aforementioned Ian Burge’s ownership, using an original Vanden Plas body from an earlier 4-1/2 Litre chassis.

In 1960, the car was acquired by Carl B. Seaman and shipped to his home in Columbus, Ohio in the United States. It returned to the U.K. in 1973, then was taken to Hong Kong in 1978 by W. R. A. Wyllie. Ten years later, back in the U.K., it changed hands again through the well-known English dealer Duncan Hamilton until it was acquired in 2011 by its present German owner from the Windemere collection in the United States.

He commissioned a rebuild with Fernandes Oldtimertechnik in Hamburg, fitted a new engine and supercharger supplied by Neil Davis in an effort to preserve the original supercharger (numbered 136) and earlier engine. This earlier engine’s crankcase was damaged due to a broken con rod and subsequently rebuilt with a different, correct 4.5-litre crankcase, but the damaged crankcase accompanies the car. This is explained further in Clare Hay’s report.

Additionally, a new bodyshell replaced the previously fitted Vanden Plas body as its wooden components were over 80 years old. The original Vanden Plas body still accompanies the car today. During his ownership, the car has been a prized part of his collection, and otherwise used and enjoyed as W.O. would have intended. A few years ago, the car was involved in a minor road accident in which it sustained slight damage to the left-hand front axle and wing, and was professionally repaired.

Finished in venerable British Racing Green, the bonnet is stamped MS3938 and original to the Mayfair body. The body shell, Clare Hays states, is most certainly from the Vanden Plas replacement body, a fabric-covered four-seater. Dual Brooklands-type Auster windscreens were fitted above in an engine-turned metal dash instrument panel replacement containing era-correct Jaeger instruments including a working clock. The switch-plate also looks to be the original unit, stamped MS3938. Furthermore, the car’s chassis, gearbox, front and rear axle, and steering box, in addition to the bonnet, are all original and stamped MS3938.

Some collectors have dismissed Vintage Bentleys as being too agricultural or having just too much bulk to be truly enjoyed. Anyone who enjoys driving vintage cars, will be surprised to discover that unlike many other sporting cars from the 1920s, the Bentley is a thrilling and satisfying car to use. The ear candy, its distinctive exhaust note, the “burble”, is unmistakable to a Bentley lover’s ears. What was once considered by some to be a “cult” car, the Vintage Bentley has in recent years become the car to have to complete a balanced pre-war British motor car collection. Subsequently, this long overdue recognition of the Bentley marque, has inspired a new group of collectors interested in the Vintage cars.

The 4½-Litre Supercharged Bentley’s remain amongst the most desirable models from the marque’s illustrious history. Renown for their performance, these cars are eminently usable and are best enjoyed at speed on the open road. An honest car with known history, like this remarkable example, will be enthusiastically accepted in club circle and to the finest concours and driving events worldwide. 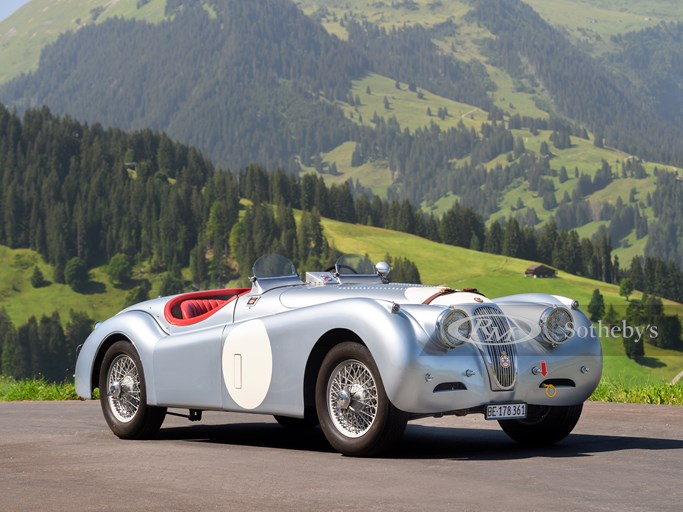