Reutter manufactured a total of 1,616 convertibles in 1960, but relatively few were fitted with the optional higher-performance Super 90 engine package. Delivering a solid 90 DIN horsepower at 5,500 rpm along with almost 90 foot-pounds of torque, the Super 90 was the strongest pushrod engine Porsche had offered to date. It benefitted from higher compression, a more aggressive camshaft profile, larger intake valves and bearing surfaces, Ferral cylinders, improved internal lubrication including a larger oil pump, and a pair of 40mm twin-choke Solex carburetors of the type used on early Carreras. A stronger clutch package was standard, and for the first time, Porsche offered a transverse rear “helper spring”, or camber compensator, to improve high speed handling. With an extra 15 horsepower in hand, a Super 90 could easily pull away from a standard 1600 Super on the open road and see almost 180 km/h.

This 356 B Super 90 Cabriolet was manufactured by Reutter in January, 1960, finished in rare Royal Blue with a black leather interior. Delivered to its first owner by Brumos Porsche in Jacksonville, Florida on May 6, 1960, the car was sold new to an individual residing in Greenville, South Carolina. Originally finished in Royal Blue over a Black leather interior, this Cabriolet was eventually exported to Italy. The consignor states that he acquired this Super 90 in Brescia in 2011 and was exported to Finland later that year. Prior to the consignor’s acquisition, the car was resprayed in its original color and the interior was reupholstered in red leather, complimented by correct square-weave carpet and a blue canvas folding top and boot. Furthermore, it is important to note that the car is fitted with a Super 90 engine of the correct type.

This 356 presents well and could easily be driven and enjoyed as is, and would surely prove to be enjoyable out on the open road. 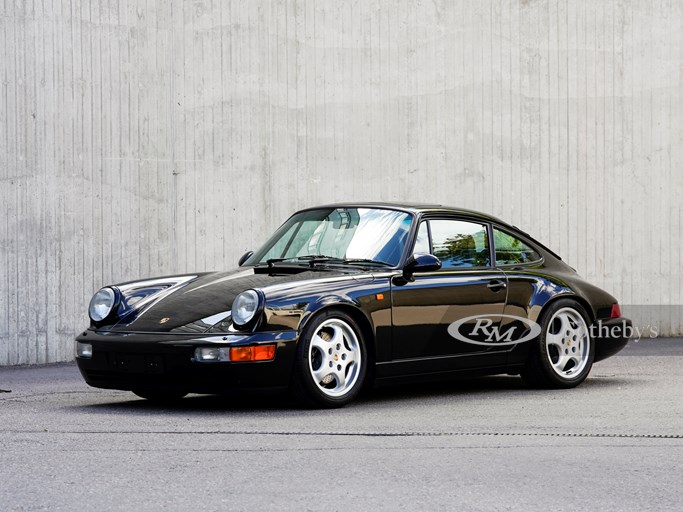